Alex Vassallo/Neil Colman (Citroen C1)crossed the finish line of the last stage on the WestonTransport/Branston Junior Stages just 1 second ahead of Dylan O’Donnell/Tom Middlemiss (Peugeot 107) The rally – the fifth round of the 2014 Brick & Steel Junior 1000 Ecosse Challenge – was held at Knockhill Race Circuit on 30th August and followed a different format to most Junior events. The first car started on the peripheral roads at 3pm and then the rally switched to the main track for another 6 stages before finishing at 8pm.  A total of 13 Junior cars started the event and 11 finished.

This had been Vassallo’s closest fight all year. After the first 4 stages he was 6 seconds up on O’Donnell – who reported brake problems on the first 2 stages – and then extended that to 8 seconds over the next 4 stages. The pair tied on the ninth stage and then Vassallo got “stuck” in a chicane on the tenth stage and dropped 7 seconds to O’Donnell. So 1 second it was. At the end of the rally Vassallo shook O’Donnell’s hand saying “That was close!!!” 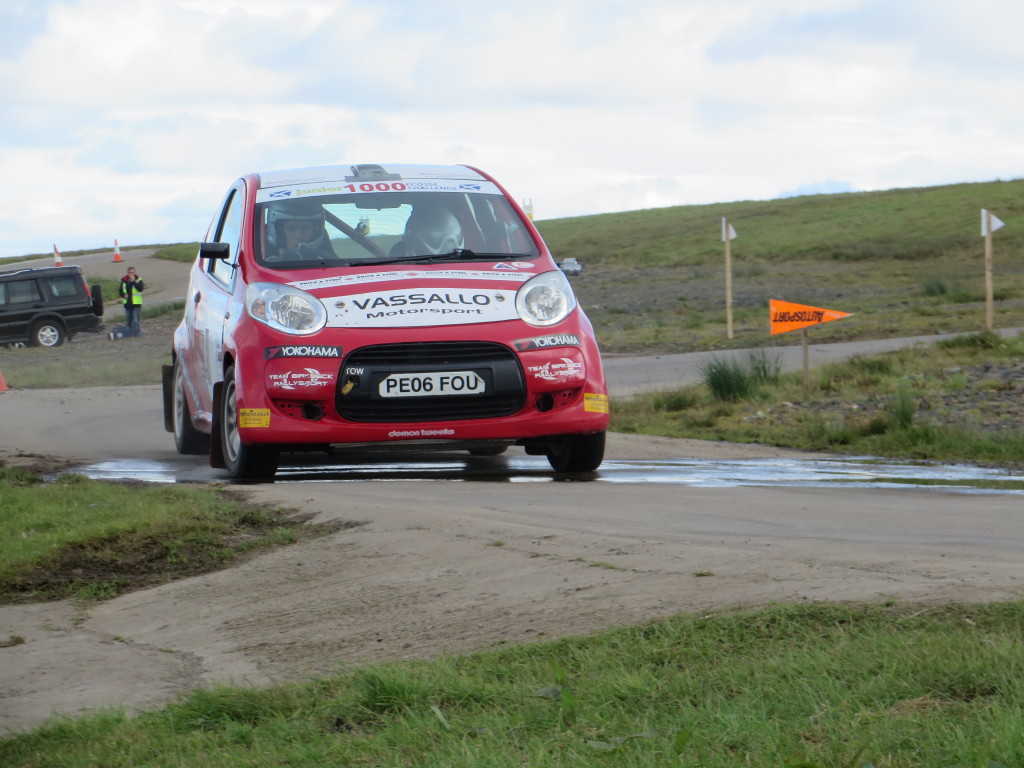 And crossing the finish line in third place was Irish guests Peter Bennett/Arthur Keirans (Citroen C1). This was only Bennett’s 3rd rally and he showed just how much of a force he will be when he gets more experience. He was in 6th place after the first 4 stages; 5th after the next 2 and 3rd after the next 2. The only reported drama was a “wee bit spin” on stage 11. But the long trip over from N Ireland was deemed worth it. Father Chris commented “We are only here for a bit of experience!!” as they shot off from Knockhill at just after 8pm to drive down to Stranrear for the last boat to Belfast!!! That is dedication.

Brandon Walsh/Ian Shiells (Citroen C1) were next home in a very creditable fourth overall and third Junior 1000 Ecosse Challenge crew. Knockhill is very familiar territory for Walsh as he attends a number of training courses here. But the brilliant position was almost thrown away when the pure white C1 with “orange highlights” shot over Duffus at the end of stage 7 and spluttered up towards the Flying Finish only to grind to a halt just after the line. The problem – lack of petrol!!! Father Ian is a car trader in Fife and they are famous for filling up trade cars with a 1 litre jug! 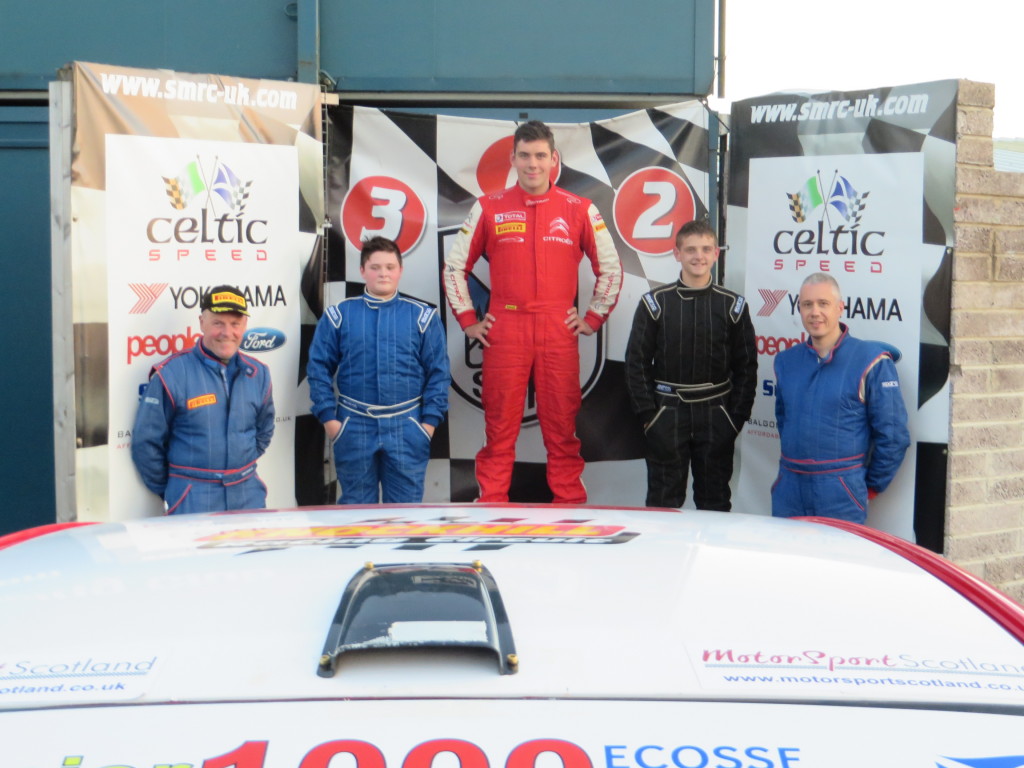 After 5 rounds of the 8 round Championship, Vassallo holds a commanding 23 point lead over Michael Robertson having scored maximum points on each round.  One more strong score for Vassallo can seal the 2014 Brick & Steel Junior 1000 Ecosse Challenge. The best 6 scores count.

The next round of the Brick & Steel Junior 1000 Ecosse Challenge will be back at Knockhill on 20th September 2014.