Scottish Road Racer, Keith Amor was a surprise entry to the opening round of the KMSC and Scottish Championship bike racing series; set to take place at Knockhill this weekend (Sat 25th & Sun 26th April). The vastly experienced racer will line up on the Superbike/Clubman grid aboard his RigDeluge Road Racing BMW S1000RR. 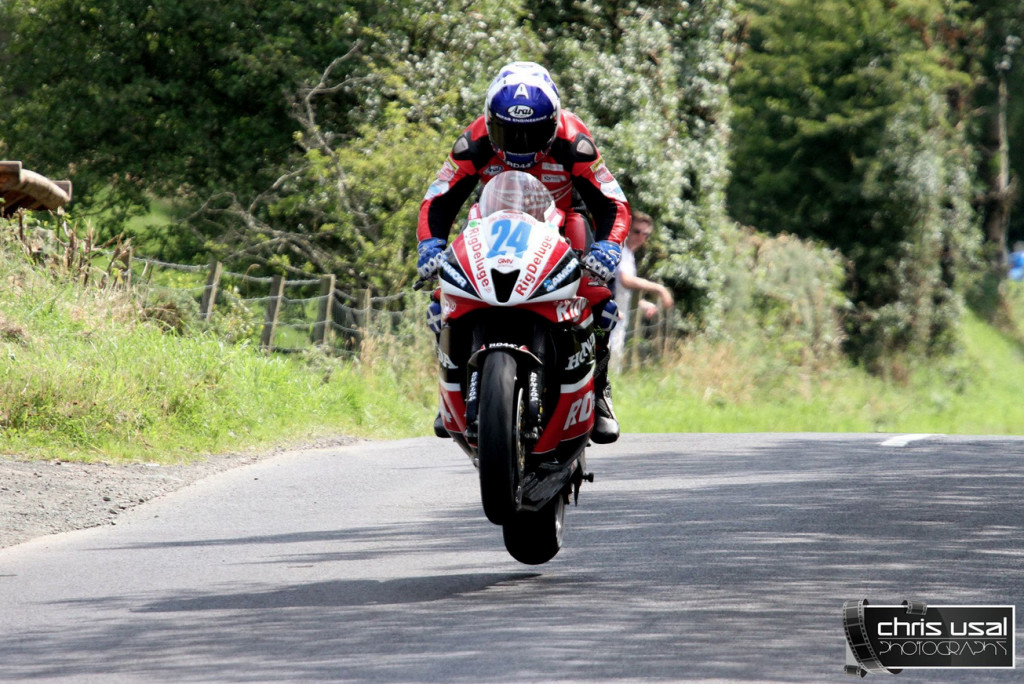 Amor, who retired from Road Racing back in 2012, returned to the Isle of Man TT in 2014; and took top-ten finishes in both the Lightweight and Supersport races (4th and 6th respectively). He is also a former Scottish Sports Production Champion.

Amor’s participation this weekend will most-probably be used as final preparation ahead of his 2015 Road Racing schedule. That said, Keith and his team where here for a photo shoot on Wednesday and with nothing at stake, he was still driving the wheels of his RigDeluge 600. So, make sure you get along to Knockhill this weekend to catch Keith in full flight on the Knockhill track.

Ticket can be booked in advance (subject to pre-booking discounts) or on the day!

You can also keep tabs on all of Keith’s exploits this season via his official website – http://www.keithamor.com/