As the dust settles on the 2011 Official Scottish Motorshow eveyone at Knockhill would like to take this opportunity to thank everyone involved in making the Scottish Motorshow. Some of the cars at this year’s show were nothing short of staggering, The Mercedes SLS Gull Wing, MG6, Morgan 3 Wheeler, the new global Ford Focus and Fiesta, Abarth, Honda, Seat, Renault, Infiniti, the list is endless. Add to that the mixture of models on offer for customers to sample first hand makes the Scottish Motorshow a unique event in the UK. 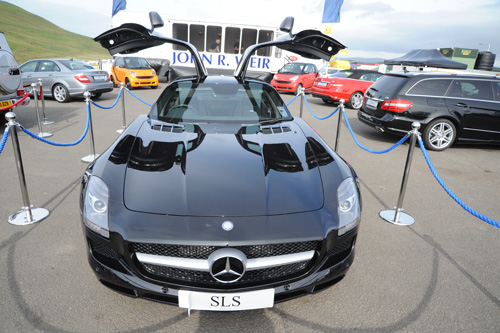 “The Official Scottish Motorshow holds an important place in our calendar each year and we sincerely appreciate the continuing support from everyone involved in making the event happen. There are so many people that pull together to make this show and l’d be here all night reeling them off one by one!

“This year’s show had a fabulous mix of entertainment and fun for everyone! Car demos, 4×4 rides, stunt shows, rally competitions, parades, air shows, lap record attempt and special exhibits/features galore. It’ll will be hard to top, but l’m sure we’ll give it a go.”

All weekend the P1 Motorsport Team tried to better the un-official Knockhill lap record time set by Nathan Kinch in 2006. Although the team failed to beat the target, they did manage to emulate the time with only a couple of laps remaining. Adam Carroll driving the former A1 GP car lapped a windy Knockhill in 43.1 seconds to equal the time of the Ferrari F1 car. 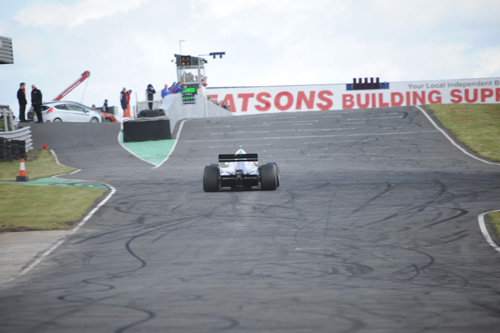 “It was quite tricky out there, l had to work hard for that time and l certainly wasn’t hanging around. Given better weather conditions and a little luck l reckon l could have gone faster. Make no mistake about it, that is a seriously quick lap time and will probably stand for a long while yet,” Said Carroll.

The events at Knockhill just keep coming and this week we have 2 servings of motorsport action for you. On Wednesday night we have the Summer Stock Car Series from 6pm. There will be a new bus service leaving from the Cowdenbeath Racewall and returning there after the event. On Sunday we have the Total Vauxhall Show and Hot Hatch Trackday. It’s a show dedicated to the Vauxhall marque so if you are a Vauxhall owner then put Sunday 29th May in your diary.

A full collection of images can be seen by following this link!

Thanks again from everyone at Knockhill.