Some of Europe’s best drifters pitched up at Knockhill this weekend to compete in round 4 of the Maxxis British Drifting Championship. Over 60 competitors took to the Knockhill tarmac to showcase their skills in a number of classes including semi-pro, pro and super-pro. 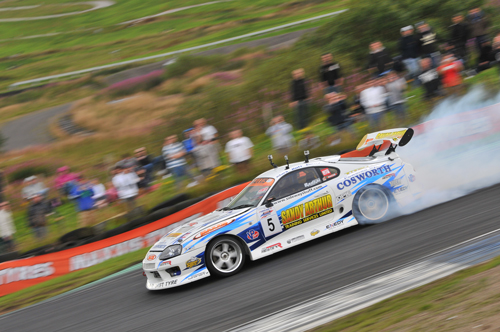 The Knockhill Drift circuit is widely regarded as one of the most challenging on the UK circuit. Cars enter the 1st corner section at speeds in excess of 100mph and have to cope with steep downhill undulations and sharp transitions to successfully navigate the track.

One of the major attractions within the British Drifting Championship is Boyzone singer Shane Lynch. The Irish star has been drifting in the UK championship since 2007 and brought his Nissan S15 twin turbo V8 to Knockhill this weekend.

Lynch managed to pull together some impressive runs which ultimately brought him through to a semi-final battle with Mark Luney. However, it was Luney who went on to secure a super-pro final spot. Luney would eventually spin on both his final runs leaving Matt Carter to take the super-pro win.

“The British Drifting Championship has been coming to Knockhill for several years now. Each year, more and more competitors enter ensuring the championship goes from strength to strength. 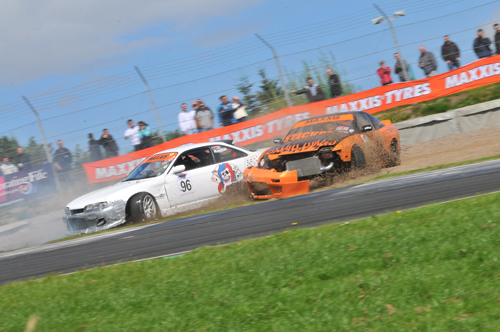 The next BIG action at Knockhill comes in the shape of the Dunlop MSA British Touring Car Championship. There will surely be plenty of action to keep everyone entertained with 3 touring car races, Porsche Carrera Cup, Ginetta, Mini and Classic races. Tickets are on sale now and pre-booking in-advance saves money.