There was a slightly different ‘din’ in the air around Knockhill today. Traditionally at weekends the sound of revving engines can be heard far and wide. But today, the sound emanating from Knockhill was a mixture of speeding motorcycles and rock music. Yes, Rock music!! 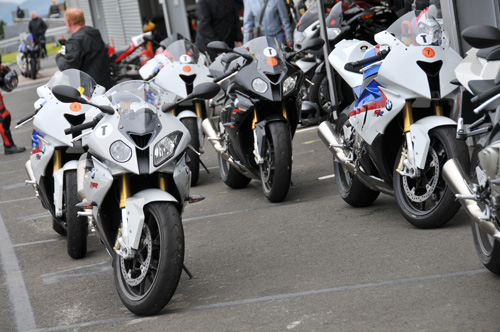 The main focus of the event, was of course, to showcase the amazing array of 2-wheel machinery available at the Edinburgh and Glasgow based BMW Motorrad Central dealerships. Motorcycle fans had the opportunity to get out on track aboard the new S1000RR with expert tuition from BSB EVO rider, Dennis Hobbs. 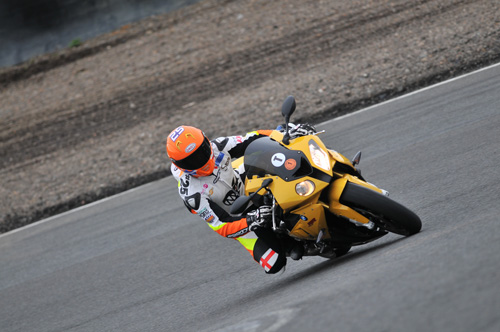 BSB star Dennis Hobbs onboard one of the BMW demonstrator fleet

Meanwhile those who prefer the open-road, had the opportunity to sample some of the road going machinery BMW offer on the tight and twisty roads surrounding Knockhill. Slightly braver enthusiasts could take the Simon Pavey Off-road Challenge and sample a selection of BMW off-road bikes.

“It’s the first event of its type to be held at Knockhill and we’re very hopeful we’ll have a similar event next year.

“The guys at Motorrad Central have put their heart and soul into the event. Not to mention – spent a small fortune making it happen.

“It’s not often we have a FREE event on this scale at Knockhill and it’s definitely one to watch out for on the next year’s calendar. Even if you’re not a huge bike fan,” said Knockhill Managing Director Jillian Shedden. 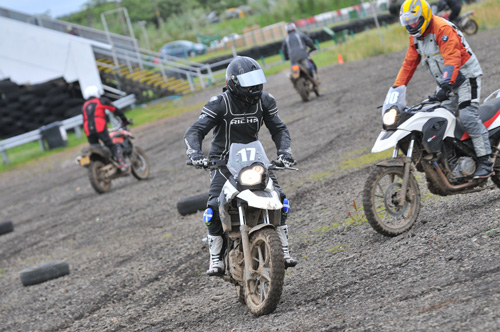 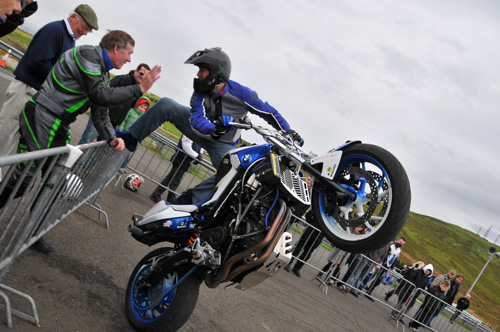 Live music was provided courtesy of Rock Radio, who brought along their mobile stage and with it, some of Scotland’s most promising rock bands. Val Verde, Hot Rails, Stuntman Mike and Kontroband were just a few of the bands to take to the stage today. Yesterday we saw performances from Electric Bangarangs, Dirty Cannon and Ninetysix4. Topping the bill on Saturday night was Gary Mullen and the Works with his One Night of Queen show.

The ‘Rock n Roll’ will continue at Knockhill next week, (we hope not literally) as the British Touring Cars pitch up for their annual visit to Scotland. Three thrilling Touring Car races, supporting Porsche, Ginetta, Mini and Classic races, plus a special home-coming appearance from American supercar racer Marino Franchitti all await.

For all you bike trackday riders, Power-Images were on-site today taking a host of pictures. If you fancy a momento from today, log on to their website and browse their BMW Motorrad Central gallery.

We hope to see lots of you next week, meanwhile… KEEP ROCKING!!!