“I’m absolutely delighted with the backing the club have received for this event. The turnout has been superb, quite remarkable really when you consider this event was only announced a few weeks back.

“To have so many racers, marshals and officials here today, is a testament to them and to Scottish Motorsport.”

The on track action was also befitting an inaugural meeting with plenty of drama, excitement and controversy. One of the most intriguing classes of the day was the Open Class, which had competitors from Mini, XR2 and Fiesta all vying for race wins. 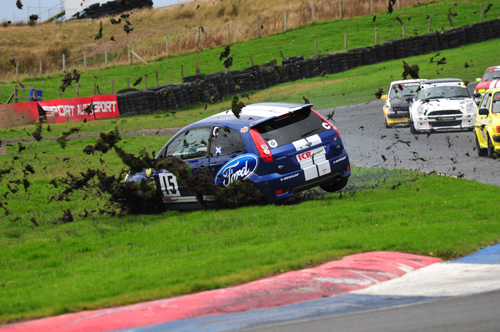 It was however, Linlithgow Fiesta ST racer, George Orr who took the plaudits with a double victory. Close behind in second position in both races was Scottish Mini Cooper Cup Champion David Sleigh. 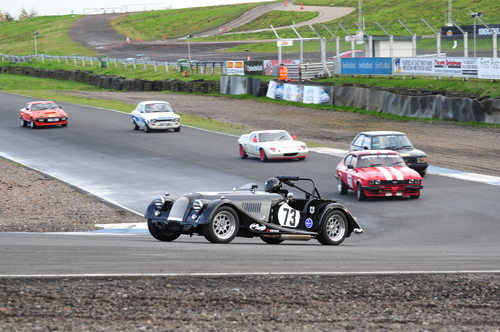 Elsewhere the Legends races provided some excellent entertainment with Ross Marshall again securing a win alongside first time winner Robbie Burgoyne. Finally in the Scottish Sports and Saloons class, it was Westfield driving duo, Cameron Purdie and Phillip Duncan who took the victories.

The Kockhill Motor Sports Club would like to thank everyone for turning out today. It’s been a very rewarding season for everyone connected to the Club and we look forward to seeing you all return next year!

Images from today’s event can be found here.