Recently voted Britain’s best GT driver by readers of Autosport magazine, the Fife racer will be competing the 600bhp V12 Aston Martin Vantage, taking on such names as McLaren, Mercedes, Ferrari and Porsche in the UK’s premier sports car championship. Last week, Jonny had the privilege of being the first person in the world to drive the car: he was amazed that no less than 22 engineers – from both Aston Martin and Pro-Drive – were on hand to monitor the car’s performance.

Jonny’s day job is as the instructor in Knockhill’s newly-acquired Aston Martin V8 Vantage. Jonny said, “It’s the perfect match. At the weekend I’ll be racing wheel-to-wheel in the world’s best Aston Martin race car; during the week, I’ll be coaching in our fabulous new V8 Vantage with participants in gift driving experiences. To be linked with such a widely known, historic and thoroughbred marque is simply a dream come true”.

Knockhill’s Events Director Stuart Gray added, “Jonny’s race drive is well-deserved: to be racing and working with the Aston Martin brand is a one in a million opportunity. We are delighted that Knockhill’s customers – as well as Aston Martin – will benefit from his racing pedigree and success behind the wheel. 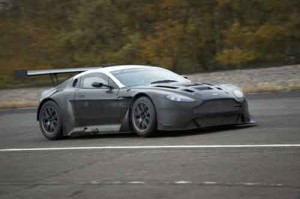 Drive this Aston Martin at Knockhill… 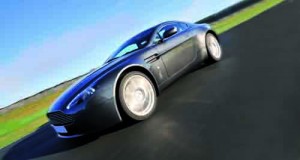