With motor sport due to start at Knockhill again on Sunday 8th of January with the Grant Construction Knockhill Stages, there is sport of another type happening that Knockhill has had a recent link with.

Tommy Seymour of Glasgow Warriors and Nick de Luca from Edinburgh Rugby both visited Knockhill with the famous 1872 Cup . The Cup, which the two teams will be competing for at Murrayfield on Boxing Day and at Firhill on News Years Day, is a special competition within their regular Championship games. Being almost mid way between the two City’s, Knockhill would like to wish both teams equal luck and good fortune at the games! 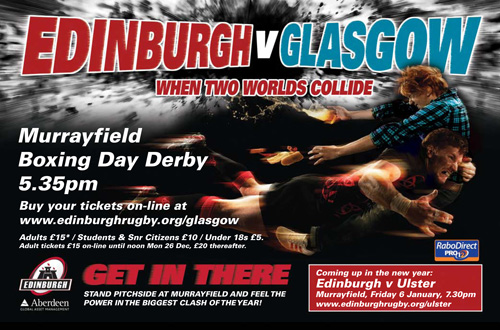 Action at the Grant Construction Stages rally is due to start with practice runs at 8.30am and will run all the way through to darkness. Last years event was one of the most spectacular events ever hosted with 20 – 30cm of snow greeting and challenging the competitors. The entire venue had had a huge fall of snow over the previous nights and the organising Club did an amazing job to get the event running.

So if you cant wait until the racing season starts (April 8th for cars and 28th / 29th for bikes) then come along to Knockhill on January 8th for some rally good fun!!