In 2011 Knockhill started its own Car Club Championship. Offering Car Clubs the chance to get together at an exciting event every month, each club scored points for the number of cars appeared up on their stand. There were also trophies for Best Club Stand, Car of the Show and Best Modified Car, where the winners gained extra points for their club. At the end of the year the winning club won a Karting Session for 20 Club members, worth over £900.

The top 3 clubs were:

Gemma Hobbs, Event Development Manager said “Congratulations to The Vauxhall Drivers Club. They were real troupers and turned out at every event. We look forward to seeing them in March for the start of the 2012 Knockhill Car Club Championship.” 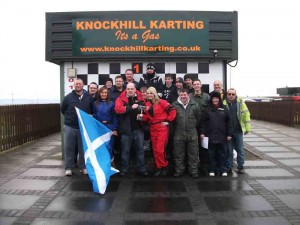 The 2012 Knockhill Car Club Championship will run over 5 events, the dates are: