All-in-all it has been another successful weekend for the Knockhill Motor Sports Club despite some tricky weather conditions throughout the weekend. A quick recap of the KMSC Championships and top performers is as follows.

In the Clubman Championship, James Laing is still the man to beat. The Troon rider, now dubbed the “Fastest Newcomer Ever”, again secured himself yet more race wins. Alan Bryce remained firmly on Laing’s tail all weekend, which resulted in him taking his Suzuki GSXR1000 to a highest on-the-road finish for a Clubman competitor in the final outing of the day. The Superbike class wins were shared between Bruce Birnie, Torquil Paterson and Andrew Tasker. 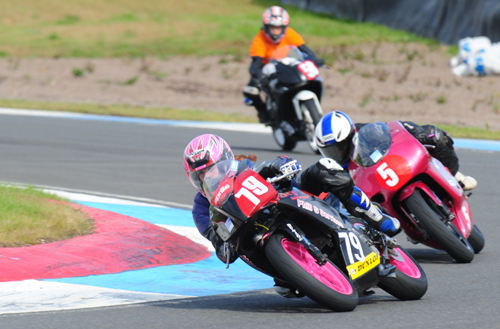 In the KMSC 125 series, youngster Kai Johnson helped himself to a trio of race wins today. Aprilia competitor, Jason Vernon had enjoyed some success on the Saturday in the 125 class taking a brace of wins. The best action however came further down the field as a trio of riders battled hard for the 3rd place finishes. Gillian McGaw, Ashley Robson and Cameron Causton provided arguably some of the best racing action this weekend with the honours just about even at the end of the day.

In the Pre-Injection class, perhaps one of the most exciting classes all season, provided some excellent entertainment for assembled fans. Cardenden rider Matthew Polanski took his first pole position of the year on Saturday before securing a fine 2nd place finish behind Pre-Injection supremo Paul Bowerbank. Polanski though, would go onto secure his first out-right wins over the course of the weekend. Others fighting hard and getting into the podium slots included Richard Bright, Patrick Forman and Derek Burns. It will be very interesting to see which one will reign supreme on the Reverse Circuit next time out. 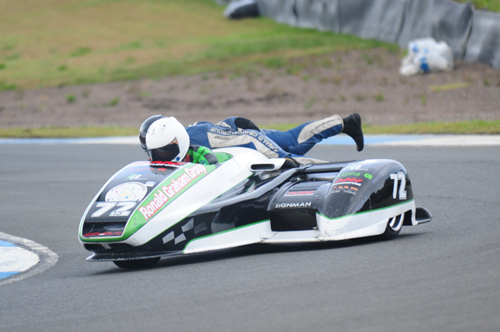 Sidecars made a welcome return to the programme this time out and it was a mixed affair with Scott Lawrie piloting his LCR Suzuki to three race wins, swapping passengers in the process (Jimmy Connell and James Neave). Gordon Shand took his own-built Shand Suzuki to the other two race wins.

Bryan Duncanson was the main-man in the Knockhill Motor Sports Superstock 600 races taking two wins. Although a blistering display in wet conditions from young Fifer, Greg Gilfillan will surely give him a massive boost in confidence heading into the final rounds of the year. Both Gilfillan and Duncanson will know that there are a number of other potential winners in this class including; Chris Cook, Callum Paterson, Cathal Laverty and Liam Shellcock, to name but a few. 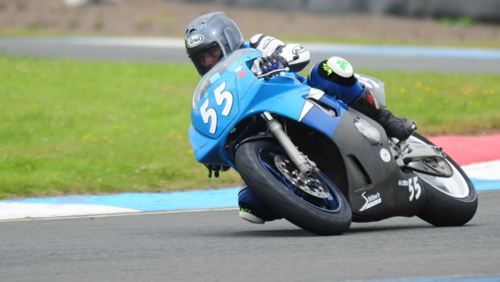 Elsewhere, Tom Robinson was the dominant rider in the F400 series, McClung took a clean sweep of MiniTwin victories whilst Jimmy Shanks and Ewan Hamilton enjoyed track time on their classic machinery. Other young competitors making their racing debuts at Knockhill this weekend included brothers, Korie and Kai McGreevy whilst, Metrakit rider Declan McGillivary took to the Circuit for his first race weekend.

David McNairn won the Willie Brown trophy for an arduous weekend, if it wasn’t for bad luck, the Montrose man would have had no luck at all. Hats off though, he kept plugging away and could afford a smile at the end of the day.

A full set of results can be found on the mylaps website.

As mentioned above the next KMSC race meeting will be our first bike race meeting on the Reverse Circuit. Look out your cameras, pack your lunch boxes and get along to Knockhill on Sunday 2nd September for a completely different racing experience!

Remember too, all the action will be exclusively shown on MotorTV, check the Knockhill Club website for the full schedule and thanks again to everyone for another enjoyable weekend of racing.

Images from today’s event can be found via our Photobox page.