D-Day has finally arrived for the Scottish Championship car racing competitors as the final round of the 2012 season takes place at Knockhill this Sunday (7th October). With the majority of titles yet to be decided, this weekend’s event should offer a thrilling climax to the season.

There are only a couple of men that can head into the weekend content in the knowledge that they cannot be beaten. David Sleigh has already secured his 2nd successive Celtic Speed Mini Cooper Cup title. However, the Edinburgh racer will be looking to help his fellow Team Sleigh stable mates lock out the top three positions on the points table. David’s brother Tim currently holds onto 2nd place whilst fellow team-mate, Malcolm McNab occupies third spot in the Championship table. Expect team tactics all the way this weekend as the Sleigh brothers look to dominate proceedings to ensure they secure the one, two, three this season.

The other racer who can sit back and enjoy his day is Ivor Mairs. Ivor ‘The Driver’ as he is affectionately known has secured the Classic Formula Ford Cup for another season. His Formula Ford counterpart and current Championship leader Alistair Dow, can’t rest as easy though. The Killearn man holds a slender advantage over Glasgow’s Ross McEwen heading into the weekend. Both drivers shared the race wins last time out, both however, will be looking over their shoulders at an extremely competitive Formula Ford pack. Both Dow and McEwen won’t be overjoyed by the news that Ian Munro is back for this round. The Galashiel’s man has already proved he can more than match both McEwen and Dow this season having taken 3 race wins so far. 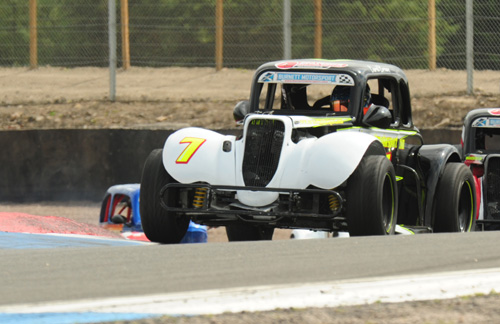 Current Legend leader and former Champion Ross Marshall, heads into the weekend knowing that he needs a really good weekend to fend off the attentions of his team-mate Carol Brown. Brown clawed her way back into title contention last time out after Marshall had a torrid weekend and has set her sights on a 2nd Legends Championship win. Both racers know that the Legends field is very strong with David Hunter, Paul O’Brien and Knockhill Commentator Duncan Vincent all chasing hard. Indeed, Vincent heads into the weekend following a maximum points haul in the Legends finale last time out.

Elsewhere, Garry Watson holds a slender overall Championship lead over Stewart Whyte in the Scottish Sports and Saloons series. Watson has a near perfect record this season, winning all bar one round. Whyte has a similar record, although his championship challenge was severely derailed in the last outing when his car failed to start the final race after blowing up on route to yet another victory in the previous round. That leaves Whyte, praying for divine intervention from Philip Duncan; the only man to beat Watson this season. 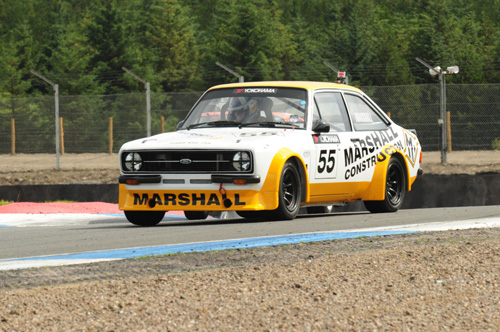 A very similar scenario is unfolding in the Scottish Classic Sports and Saloons series. Both Robert Marshall and Andy Smith sit at the summit of the overall Championship table on 434 points apiece. Both have 100% winning records in their respective classes and with two more races to decided the destination of the 2012 title, it’s anyone’s guess who will win this one. It could be a cruel twist of fate that robs either man of this year’s title, whatever happens though, we’re pretty sure it will be highly entertaining.

Peter Cruickshank is on the verge of another Championship with in the Scottish XR2 series. Whilst Dave Colville, Scott Robertson and George Orr will fight it out this weekend to be crowned the Scottish Fiesta ST Champion. 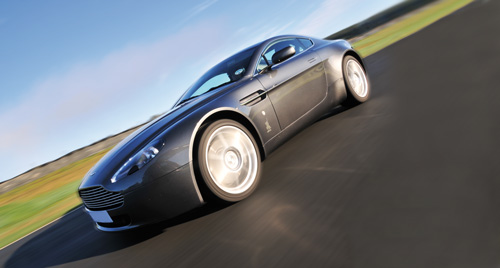 In other news, IndyCar and Scottish racing legend, Dario Franchitti will be at Knockhill to witness the SMRC season finale. Franchitti has also kindly brought along his 1999 Raynard Honda IndyCar which he raced at Surfer’s Paradise in Australia. The car will be only display at the Graham Brunton Racing garage and eager fans are expected to flock to the circuit to see this awesome 200+mph brute in the flesh. Dario will also be driving the Knockhill pace car, on the odd occasion this weekend. In a break from tradition, Dario will be using the Knockhill Driving Experience Aston Martin V8 Vantage as he leads the race cars on their Green Flag lap.

Tickets for the event can be purchased in advance via the Knockhill website or alternatively on the day at the gate.