One of Scotland’s leading car modification and tuning businesses, RA Motorsport Developments, has teamed up with Knockhill and the Knockhill Motor Sports Club to become title sponsor of the newest track series in the UK, Super Lap Scotland. 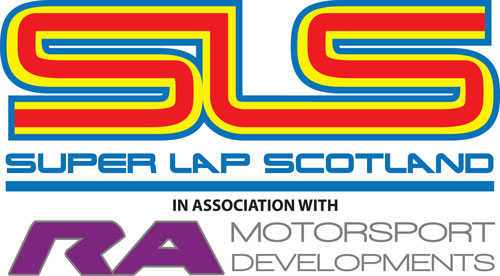 Super Lap Scotland is a lap time challenge event that will see competitors from four different classes aim to be the quickest driver over the 1.3 mile Knockhill championship circuit. Devised in conjunction with Track Scotland, the rules and class structure will equalise the most powerful cars on the planet with even the most modest of road cars. The whole aim of Super Lap Scotland is to tap into the trackday and modified scene in Scotland, providing individuals with a genuine alternative to circuit racing.

RA Motorsport Developments, based near Perth, will hold title sponsorship for all four rounds of the 2013 season. The opening rounds take place on 25th/26th May, followed by round 3 on 27th July, with the final round taking place at Track Attack Live on Sunday 1st September at Knockhill Racing Circuit.

“I am delighted that RA Motorsport Developments are backing the SLS in our first year. We believe that SLS has huge potential to provide an inexpensive championship for road car, track car and modified car drivers, as it bridges the gap between track days and racing.

“RA Motorsport Developments will bring a huge amount of experience and knowledge to the SLS, given their long-standing relationships within the tuning/competition marketplace in Scotland and beyond.

“We are looking forward to hosting our first event at the end of May, with RA Motorsport Developments as title sponsor. We hope to provide a fast and inexpensive route into this new type of motorsport for the vast number of track day enthusiasts and those involved in the Scottish tuning scene.”

Around 40 cars have already expressed an interest in taking part in SLS, a number that has already exceeded expectations, and with many more waiting in the wings to join the championship as the season progresses. With sector timing and a four class structure based on wheel horse power to weight ratios, the new format is open to owners of both standard road going and modified cars. The Class structure is as follows:

The RA Motorsport Developments SLS Championship is the only series of its type in the UK and has already attracted interest from competitors from all over Scotland and beyond, all chasing the title, to see who is; the fastest driver in Scotland.