Over the past couple of days both Samsung and Padgett’s Honda, British Superbike teams, have been testing at Knockhill. Unfortunately strong winds curtailed all track activity yesterday, but blistering blue skies this morning set both teams up with perfect conditions for a full day of track action.

During the quieter moments, Knockhill FM anchor-man Duncan Vincent caught up with some of the stars to find out about their season so far and their predictions for the year. 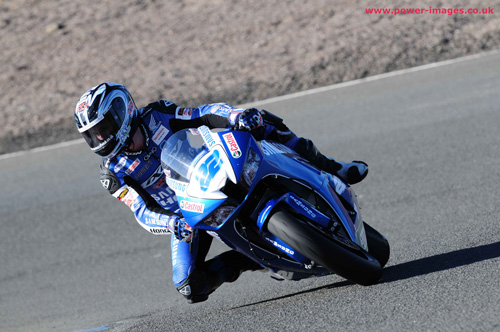 “It’s been a difficult start to the year for us, but we’ve made progress from Brand’s and again at Thruxton.

“Our lap times are as good as anybody’s, we just need to get more comfortable on the bike so l can push on and race against a very strong field. We’re a bit behind in the championship but l’m in-it-to-win-it, that’s what we are here for, l just need to get a few wins under my belt and keep chipping away.

“The top six will change throughout the year, but yeah, l want to be in the mix at the end of the season.” 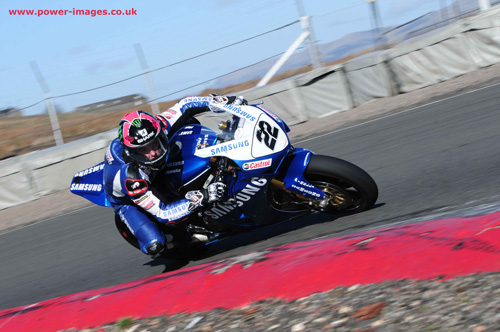 “Our start to the year has been really good, three seconds and a third place, l’m slightly annoyed that l haven’t won; but it’s a good strong start.

“I’m settling into the new team and just looking to get some improvements on the bike to set us up for the rest of the year.”

Asked what his aim would be when he arrives at Knockhill again in June, the 22 year old, Lincolnshire lad commented:

“I’ve never had great results at Knockhill, but it’s a track l really enjoy coming to. I really want to get on the podium at Knockhill, that’s my goal. l just need to get in front of Shakey (Shane Byrne) and get that first win on the bike.” 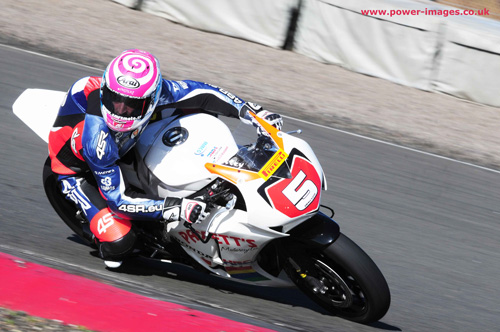 “I really enjoyed racing in the last three round last year, it’s was very competitive, a good level and that’s why l came back for 2013.

“With Padgett’s, it was a really late decision, so l haven’t had a great deal of time to test the bike, we’re taking the start to the season slowly until l get more comfortable. I’m used to riding a twin and this is my first season in six years on a four cylinder machine.

“Once l get comfortable on the bike, l’ll get faster and faster; my aim, definitely the showdown.”

“We’re obviously delighted that the Samsung and Padgett’s Honda teams have chosen to come north to test, we are as equally delighted, that they have had super conditions today to put in some really good groundwork.

“There’s nothing like the rumble of Superbikes out on track, and l for one, can’t wait until the full championship returns in June.”

The MCE British Superbike Championship heads to Oulton Park in two weeks time, before heading north to Knockhill on 14/15/16 June. Tickets for the event are available now, pre-booking discounts apply.

We highly anticipate that the event will provide some mouth-watering racing action and we certainly hope that you will join us.