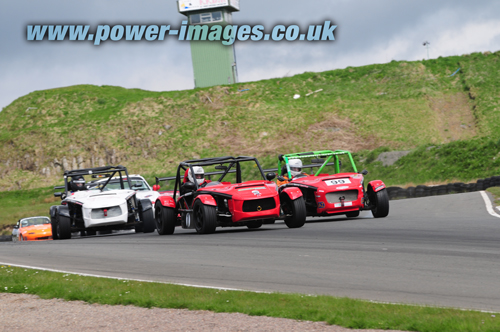 Without doubt, the Mazda races stole the show, on the racing front, with several of the MX150R races decided by the smallest of margins. Indeed, the opening race winner, Stewart Mutch, crossed the finish line just 0.438 seconds ahead of Kevin Dengate with Jonathan Blake just behind in third. The second race was just as spectacular with the lead swapping several times before Chris Lovett took command to secure his first podium of his weekend. Lovett followed up his win with a second place finish in the third race of the day; this time, a mere 0.099 seconds behind race winner Jamie Ingram, with Stewart Mutch 0.524 seconds behind them.

Ben Short (x2) and Martin Tolley shared the spoils in the MK1 class. Remarkably, Short heading for three victories allowed close mate Brian Chandler to take his car out on track for the final race. Chandler’s weekend came to an abrupt halt during the opening race of the weekend, but despite some great camaraderie between all the MX5 racers, his car couldn’t be repaired.

“Brian was kind enough to help me out with an engine last year, so l thought I’d repay that favour today. It’s a long way to come and only get two laps; I was happy to sit out so Brian could, at least, get some track time,” said Short.

In the Legends races, it was John Patterson who would prove to be the man on form this weekend; taking all three race wins today. Other podium scorers included Kieran Gallacher, David Allan and Warren Allan. 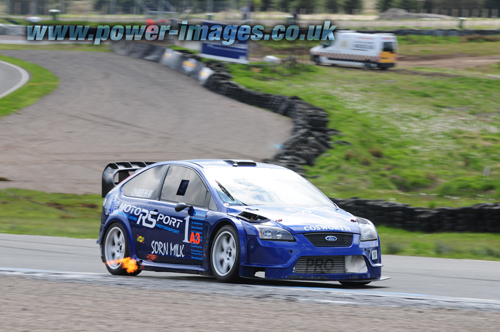 Elsewhere, Charlie Shaw’s, all-conquering Ford Focus not only secured two Open Sports and Saloon race wins but took overall glory in the SLS Championship (Class A). Shaw’s Ford though, didn’t quite enjoy the same dominance in the Super Lap Scotland Championship as he had done during the Open Sports and Saloons races. Alan Freeland pushed Shaw all the way to the finish, eventually losing out by 0.287 of a second with Russ Paton’s Evo6 in third spot.

Log on to MyLaps for all the results and SLS Timings from today.

A full collection of images from today; can be seen via our Facebook page, courtesy of www.power-images.co.uk

We now have a slight break before the Scottish Championship and  Knockhill Motor Sports Club return with their second 2-day bike meeting of the season on 8th/9th June. This upcoming round should see some wildcard entries from some of the leading BSB support racers; ahead of the MCE British Superbike event the following weekend.