The Celtic Speed Raceday provided plenty of incident for fans at Knockhill today (Sunday 23rd June). Alongside multiple crashes the stewards had the driving standards flag waving in almost every race; partly due to the slippery track conditions, and partly due to a few exuberant performances on track. 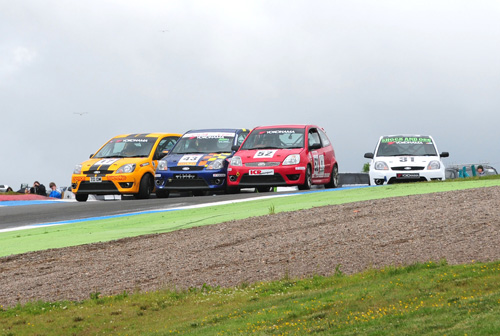 Youngster Aiden Moffat had a busy weekend to say the least; sandwiching a monster crash at SEAT Curve into his six-race Fiesta and Mini Cooper Cup schedule.  Moffat was pragmatic after the ‘major-off’ saying: 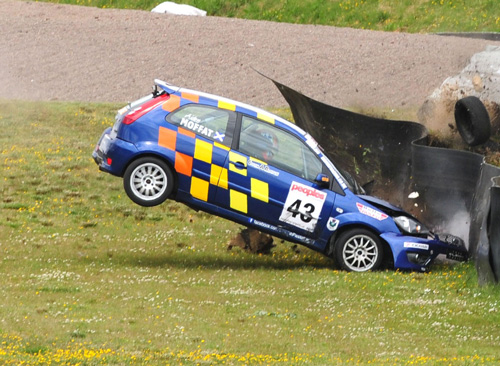 “When you head into the first corner, three abreast, it’s not going to end well. At least l still have the Mini to race, otherwise my weekend would be over.”

The young Dalkeith racer, managed to make the Fiesta grid for the second race, albeit, in someone else’s car. Lining up at the back of the grid, Moffat carved his way to a podium position; only to be cruelly robbed by a five second time penalty, issued to him on the final lap for exceeding track limits; which ultimately, demoted him to 5th behind Scott Robertson (1st), George Orr (2nd) and Dave Colville (3rd).

There were also a number of other stand-out performances this weekend, including a double podium for racing newcomer Graham Davidson; who secured a third and second position finish behind the wheel of his Noble M400 (pictured below) on his racing debut. Part-time Knockhill staff member Michael Gray secured his first ever race win in the Scottish Formula Ford 1600 Championship and Robert Marshall extended his incredible 18-month long undefeated streak in the Classic Sports and Saloons series. This event also marked the first time the BMW Compact Cup and Mazda MX5 Cup would have their own dedicated races; a similar theme unfolded however, with Alan Kirkcaldy taking another brace of wins. That now means that Kirkcaldy has won every race of the season so far, he has also led almost every racing lap, barring half a lap today. 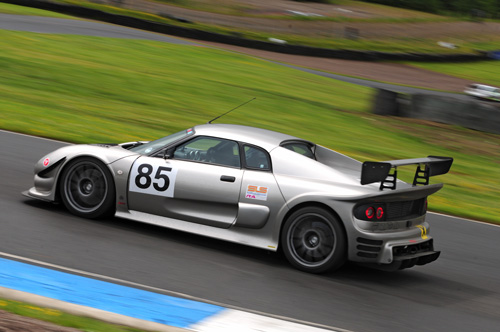 The Celtic Speed Mini Cooper Cup were the feature races this weekend and they certainly lived up to their top billing by providing four different winners from their four outings today.  Team Sleigh continue to be the dominant force on the Mini scene this year, the Edinburgh outfit secured 8 out of the 12 podiums on offer this weekend. Despite their dominance, Team Sleigh have a slight power struggle unfolding with team members regularly swapping paint for another race weekend. Indeed the rivalry in camp seems to be spurring all the team’s drivers on, with only Kenny Thirlwall and Kyle Reid able to break in the team’s podium stranglehold. 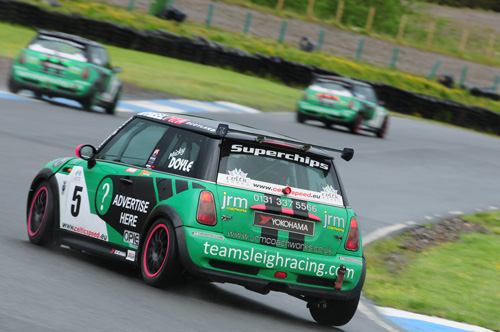 “I just couldn’t get away from them this weekend. The cars are just so closely matched that l just thought l’d park it and let them try to get past.

“I knew l could trust Michael not to try anything mad, yeah there were a few taps here and there but you expect that. But they’ve all raced at a decent level and l’m delighted to have held them off, under severe pressure.”

The Scottish Motor Racing Club return on Sunday 14th July with the next instalment of their Scottish Championship series and tickets can be purchased in advance via the Knockhill website.

Finally, as always, we would like to pass on our sincere thanks to all the marshals, officials and competitors for providing another intriguing spectacle here at Knockhill today.

For a list of all the results, please check MyLaps for more info.

All picture credits go to www.power-images.co.uk.