On Sunday 14th July, a near capacity grid of Legends racers will take to the track for their one and only double-header meeting of the 2013 season. The American styled motor-cycle engine racers are a real hit and always provide some of the closest bumper to bumper racing at Knockhill and will be taking to the track six times during the race day. In effect, double points are up for grabs, making it doubly important for the drivers to race and score well as the title could take a dramatic swing on one day.

The father and sons trio of Paul and Daniel and Euan McKay (all from Edinburgh) will be hoping to feature strongly in their beautifully presented Arthur McKay backed Chevey Coupe’s with Ross Mickel from Newton hoping to continue his strong drives this season. The Scottish Formula Fords will also have titanic battles as race winners Michael Gray (South Queensferry) and Jordan Groncowski (Banff) will have their hands full with double winner Stuart Thorburn (Duns)and youngster Ciaran Haggerty (Johnstone). The championship is already shaping up to be a four-way duel with no clear favourite as it stands.

Alan Kirkaldy from St Andrews will be aiming to continue his dominate ways in the new Marangoni Tyres BMW Compact Cup as he has a 100% winning record so far but the most competitive championship this year is the Celtic Speed Mini Cooper Cup. Three drivers are separated by just two points with Kenneth Thirwell leading the way with 235 points, just one point behind is Edinburgh David Sleigh and in third is Dunfermline’s Joe Tanner. With three other drivers within a further 20 points, the champion in 2013 will truly have earned their plaudits this year.

The race action starts at 10.35am with the first of 17 races, six for the Legends and also featuring the Scottish Classics, Fiesta XR2s and STs, Modified Sports and Saloons incorporating the BMWs and MX5s and the Scottish Formula Fords. Admission is £10 in advance (£12 on the day). 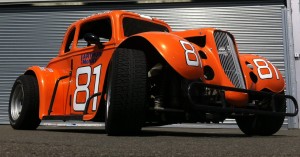 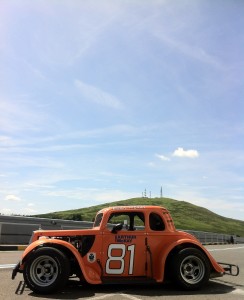