The story of Davie Birrell (aged 27) is a remarkable one. Originally from Methil in Fife, Davie has battled back from horrific injuries sustained in Afghanistan whilst serving with the Black Watch and is now, all set to make his car racing debut this weekend at Knockhill. 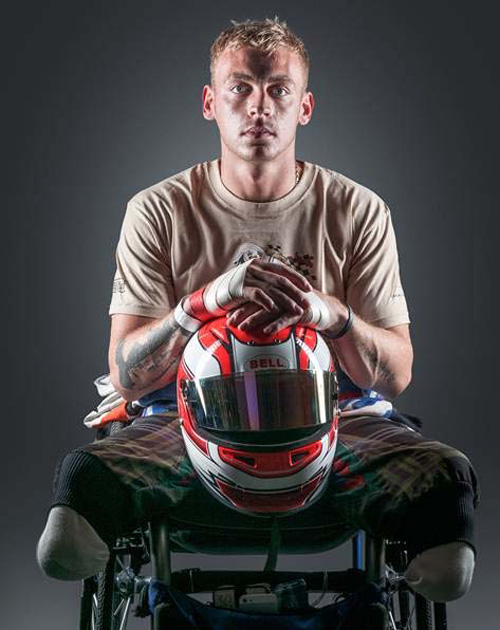 What’s even more remarkable, is that the double amputee will not only drive the BMW Compact Cup racer, but he will do so without the aid on any special adapted equipment. Davie lost one of his legs in 2010, when an IED (Improvised Explosive Device) blew up directly below him. Unfortunately after administering himself with morphine on the scene and battling advancing Taliban fighters until his comrades arrived; he ultimately lost the fight to save his second leg, which was amputated over a year later.

On his return to the UK, Davie met his current partner (Zoie) on the recovery wards. She was one of the nurses who helped with his rehabilitation and it is with her, and their daughter (Talula) that he now lives with in Barnstable, Devon.

Davie has always had an interest in motor sport and recently made it into the final 8 of a national competition (Want2Race) were he impressed instructors and his able bodied competitors with his speed and consistency behind the wheel. Davie was also a member of the Kart Force team (a charity aimed at helping injured squaddies take on able-bodied karters) that competed at the Le Mans 24-hour kart race in France earlier this year (July). 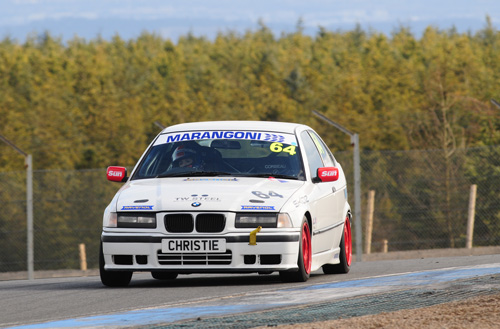 This weekend however, will see Davie take to the track for the first time under proper race conditions. Regular Scottish Marangoni Tyres BMW Compact Cup competitor, Christie Doran, has loaned her car to Davie for the final round of the Scottish Championship; set to take place at Knockhill on Sunday 6th October.

Christie said “I was stunned when I read about what Davie had done in Afghanistan and what he had gone through. It seems that the soldiers get very little thanks for what they do and I thought this was just a small effort to help him make his racing ambition come true”.

Davie said “I was totally over-whelmed when I heard about Christie’s gesture. It must have been hard for her to give up her chance to drive. I can’t thank everyone enough for making it all happen.

I am excited and a little nervous, but I can assure you I will be giving it 110 per cent. This a marvellous opportunity and I am going to make the most of it.