Scottish Motor Racing Club drivers will descend on Knockhill this weekend (Sunday 15th September) for their penultimate season outing; all in search of valuable Championship points that could see them collect some valuable silverware at the end of the season. 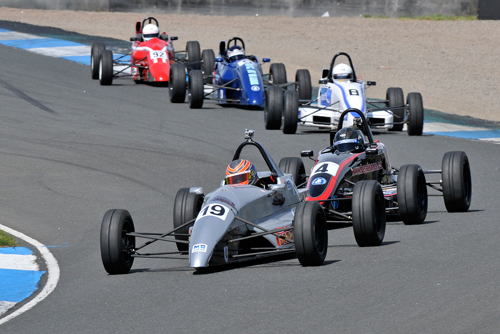 This meeting will also see the Formula Ford 1600 Championship take centre stage billing, with all competitors set to enjoy three wheel-to-wheel races. The series has provided some enthralling battles this year, with a number of youngsters vying for race wins against more experienced rivals.

South Queensferry’s, Michael Gray heads into this weekend as the current championship leader. The 19 year old student, who has already amassed three victories this year, has a 10 point cushion at the top of the standings. Hot on his heels are a number of racers including, the vastly experienced, Stuart Thorburn; whilst  Jordan Gronkowski, Ciaran Haggerty and Paul Kopec have also enjoyed some podium success this year.  The David Leslie (one of Scotland’s most-loved racers) Trophy will also be up for grabs in the final Formula Ford outing of the weekend. 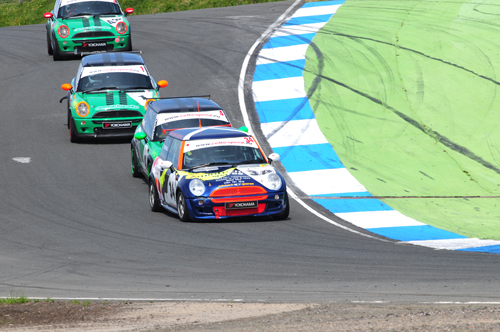 Elsewhere, we will see politically charged racing as Team Sleigh members Joe Tanner, Malcolm McNab, Aiden Moffat and David Sleigh (Team Principle) aim to reel –in current Celtic Speed Mini Cooper Cup leader Kenny Thirlwall. Thirlwall, the 2011 Formula Ford Champion, switched back to Mini racing at the start of this year and following two great results last time out, heads the Championship by 9 points heading into three epic races on Sunday. Thirlwall knows-all-to-well however, that he will have to fight tooth and nail if he is to wrestle the 2013 Mini Cooper title from the Team Sleigh racing camp. 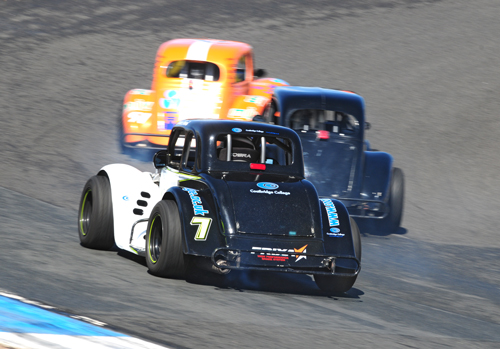 This weekend’s action will also feature a triple-header for Legends Championship racers with current leader David Allan aiming to extend his Championship lead. Kilmarnock’s Kieran Gallagher will also return to the fray following his exploits at the British Touring Car Championship round at Knockhill, where he raced a Team Hard Vauxhall Insignia.

Making their competitive debuts this weekend will be Ashleigh Morris (Scottish BMW Compact Cup), Henry King (Legends) and Des Wheatley (Minis). 16 year old, Clay Mitchell will also be making his racing debut behind the wheel of a Formula Ford 1600. Everyone at Knockhill wishes them well for their first race meeting. If you’d like to get into car racing please check out the Scottish Motor Racing Club’s website, Super Lap Scotland and of course, our own, start racing webpage.

Action is scheduled to start at 10.40am, with a 17 race programme in store for Scots racing fans; it promises to be a highly charged and thrilling day. Tickets are available now via the Knockhill website or can be purchased at the gate on the day of the event.

Ticket pricing is as follows: