A cold and blustery day welcomed the inaugural running of Track Attack Live, a modified event sponsored by Nae Danger Energy Drinks and organised by the Knockhill Motor Sports Club. The event featured an amalgamation of activities on and off track.

Starring alongside the headlining Super Lap Scotland Championship finale, we saw Hot Hatch trackday sessions, Club Stands, public drag and drift competitions and a Barrel Sprint competition in paddock two. Fife’s, Colin Millar even brought along his sensational 1200bhp dragster (the Flyin’ Fyfer) for a run on track. The vehicle, which can reach 60mph in one second even managed to deploy its parachute, a first for the Knockhill Circuit. 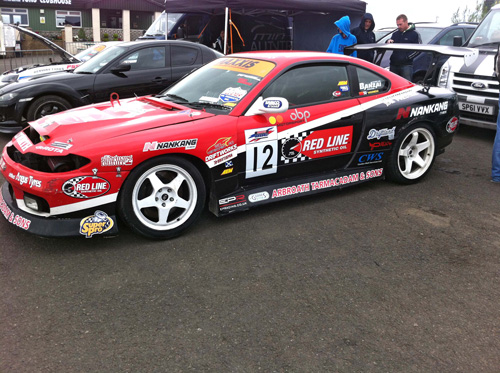 In preparation for the British Drifting Championship finale on Sunday 22nd September, leading Scottish drifter, David Waterworth and friends kindly rolled into Knockhill to demonstrate their drift cars; ranging from a Toyota Corolla with a Nissan SL20 Turbo engine to Waterworth’s, unique, V10 Dodge Viper. The guys enjoyed a session around the hairpin before tackling what is widely regarded as the most daunting Drift Circuit in the UK – Knockhill’s opening three corner complex on the International Circuit (clockwise). Make sure you join us to witness upwards of 70 of the UK’s and Europe’s top drifters on Sunday 22nd September. 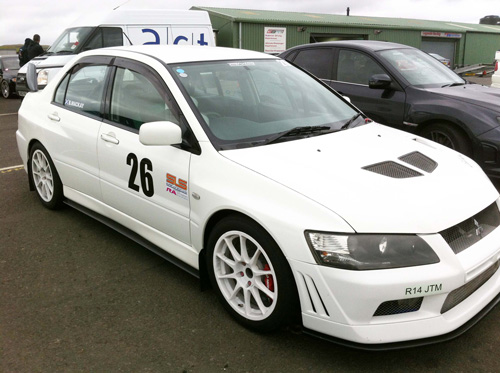 The SLS Championship in association with RA Motorsport Developments, the brain-child of Track Scotland and the Knockhill Motor Sports Club came to a dramatic conclusion today, with class C driver Bob MacKay leaving it to the very last lap of the season to claim an overall Championship win alongside Alan Freeland. Freeland had already sewn up the Class A championship, despite missing this weekend’s event. MacKay though, must have felt intense pressure knowing that if he won his class today he would be one of the first drivers to win this new MSA Certified Championship; however, the Mitsubishi Evo driver held his nerve to post a time of 57.468s lap to claim a third place finish overall and with it, his maiden SLS title.

Overall SLS victory on the day went to class A competitor, Russ Paton. Paton had been the quickest man all day and despite being unable to better a qualification time of 54.999s, he still had enough around the 1.3 mile championship circuit to claim his first win of the season.

“I must thank all the people that have taken time out to develop SLS this year. The guys at Track Scotland, all the officials, competitors and of course, title sponsors, RA Motorsport Developments. 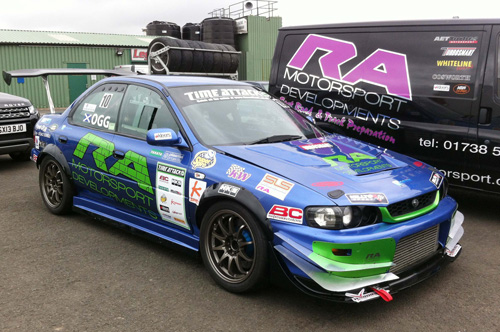 “It’s been a good first year and the expectation for 2014 is that we should see interest swell with more and more tuning centres coming on board. Quite conceivably, nine or ten of the cars out in the Hot Hatch sessions today could do SLS next year. We’d urge anyone interested in taking their Trackday driving to the next level to get in contact for the new season.

“It is a genuine alternative to full-blown racing and the four class structure offers an avenue for lots of types of vehicles to get into proper timed MSA certified competition.”

Congratulations also to Caroline and Steph McMurdo who alongside fellow SMRC racers, delivered approximately 42 passenger laps during the lunch break today; raising vital funds for a worthy cause. Everyone at Knockhill wishes them well with their future fund raising endeavours.

You can find all the latest SLS reaction on the Super Lap Scotland website.