2012 Dunlop British Touring Car Champion Gordon ‘Flash’ Shedden was invited to a special viewing of the Jim Clark Room in Duns in Berwickshire yesterday to admire the amazing collection of trophies and sporting memorabilia amassed by the 1964 British Saloon Car Champion and twice Formula One Champion and Indy 500 winner. Flash followed in the footsteps of world motor sport stars such as Ayrton Senna who visited in 1991 and more recently 3 times Indy 500 winner Dario Franchitti. Franchitti has a special link with the Room as he recently became a Patron of the Jim Clark Trust, along with Lord March and Clive Chapman with Hon President Sir Jackie Stewart. 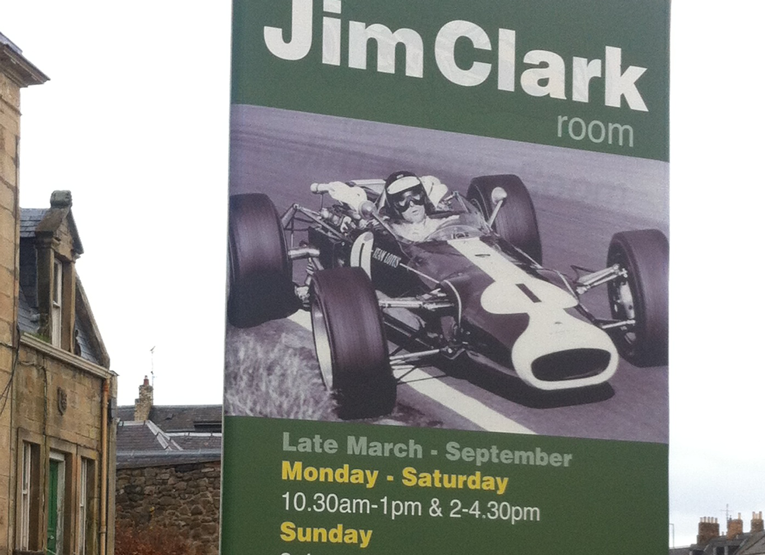 It was recently announced that the 50th anniversary of Clark’s British title is to be celebrated at Knockhill in August as the BTCC makes its annual trip north and a meeting was held at the Jim Clark Room to develop the plans for the celebrations. A number of Jim’s actual race cars are expected to be on display and paraded at Knockhill, a gathering of Lotus Cortinas is being organised and also the biggest gathering of Lotus road cars, old and new, is being assembled to complete the tribute. 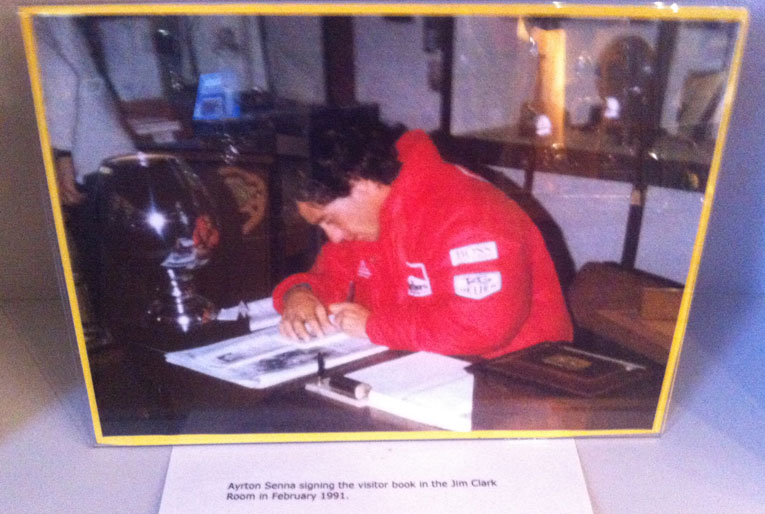 Knockhill Racing Circuit has agreed to contribute to the fund raising efforts of the Jim Clark Trust by donating 20% of all tickets purchased in advance using the code JIMCLARK50. It is hoped that a significant amount will be raised through advanced ticket sales using this code, fund raising on the day and a number of other initiatives, with all monies going to the proposed expansion of the Jim Clark Room in 2018. 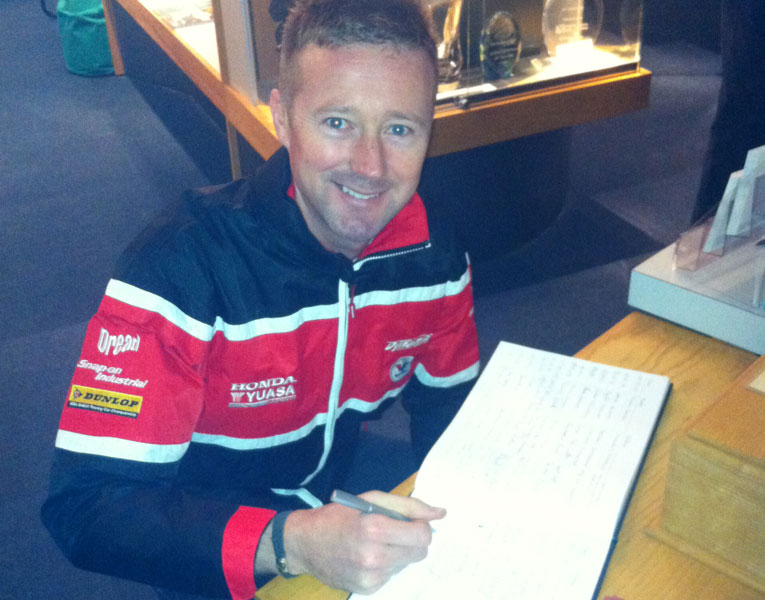 Flash said, “It was a privilege to have the Room open especially for us to have the meeting. The array of trophies is remarkable, from his earliest days before racing, through to iconic trophies won around the world. Being the 3rd Scot to win the title, following on from John Cleland’s successes, it made my win in 2012 all the more special knowing that I was following in the wheel tracks of the great Jim Clark. I am already looking forward to my home event as we are celebrating Jim’s achievements as well as the 40th birthday of Knockhill, so a double celebration!”

The Knockhill round is scheduled to take place on August 23rd/24th and has the backing of Event Scotland’s yearlong celebrations of Homecoming Scotland 2014 and is one of a number of very high profile events throughout Scotland next year. Events Director Stuart Gray said “We are thrilled to be working so closely with the Jim Clark Trust and hope to do our bit to raise much needed funds for their development plans. To this end, Knockhill will also be attending the Race Retro Show in Stoneleigh on February 21st to 23rd near Coventry to promote the Jim Clark feature and 40th birthday of Knockhill.”

December 12, 2013
Events Blog No comments Events
← Force India to sign Sergio Perez We are out and about on a festive road trip, can you guess where our 1st stop is? →