The race day is named in memory of Falkirk racer Alex Bruce who passed away recently, one of the most popular characters in the paddock at Knockhill. Alex’s track career started in 2005 when he took part in track days and he soon got the bug for more action and took up racing with the SMRC. His trusty 205 Peugeot progressed to a 306 and then on to Mitsubishi Evos culminating in his famous and very competitive Evo 10. Such was his passion for the sport, almost the whole Bruce family have now taken part in racing with five members of his family following in his wheel tracks.

SMRC Competition Secretary Graham Brunton said, “I’m really excited on the run up to our first SMRC race meeting of the season. At this time our entries are up on last year so that’s a positive sign with some of the classes having record numbers. With such depth and quality across all the grids, we can really look forward to another vintage year of racing.” 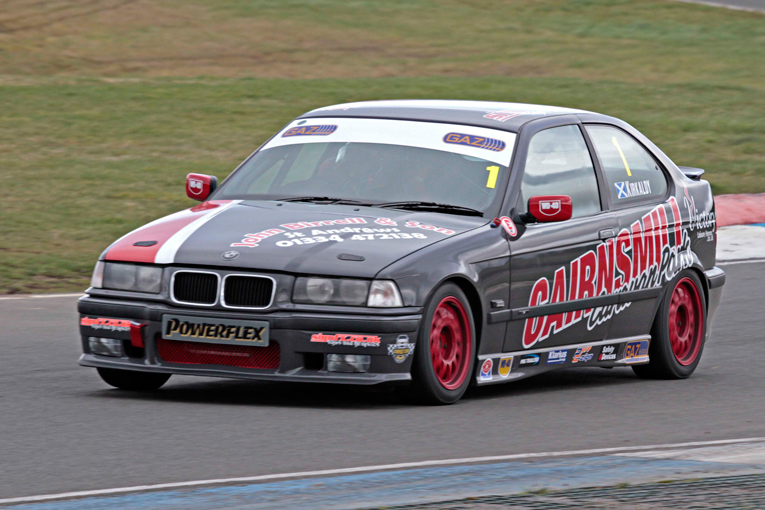 The biggest class of the day will be the Scottish BMW Compact Cup, a class that now has over 35 registered drivers all vying for only 32 spaces on the grid. Championship favourite must be St Andrews, based reigning, champion Alan Kirkaldy who has built a new car for 2014. Kirkaldy wrapped up the 2013 title with a round to go and actually sold his car during the last round in October and watched the final race from the pit lane, knowing that he had secured the title.

Despite only being 17 years old, Johnstone racer, Ciaran Haggerty must be starting as one of the favourites for the competitive Scottish Formula Ford 1600 title. Haggerty will take to the track in a brand new 2014 Ray; run by the experienced Graham Brunton Racing squad. Haggerty’s new Ray, won’t be the only 2014 model on show this year; two other 2014 editions will be lining up alongside Haggerty’s on the grid. Returning 2013 champion Stuart Thorburn from Duns in his Van Diemen RF92 and Banff based racer Jordan Gronkowski will both be at the sharp end again.  Thorburn clinched his second ever title in 2013 and Gronkowski had a late surge to finish 3rd in the championship behind Thorburn and Michael Gray. 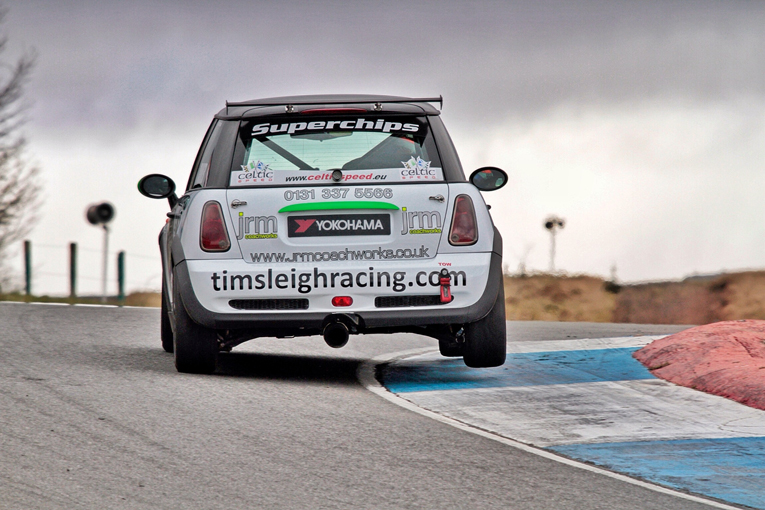 Arguably the most competitive and spectacular championship is the Celtic Speed Scottish Mini Cooper Cup, with over 20 identical Mini Coopers all battling over the same piece of tarmac. The 2013 season saw a titanic battle between Haddington based racer Kenneth Thirwall and Dunfermline based “Front Row” Joe Tanner. At every race, Thirwall and Tanner were bumper to bumper with 16 year old Aiden Moffat also in the mix. Moffat has now made the giant leap to the British Touring Car Championship leaving Thirwall, Tanner and a raft of quality drivers to battle out for title honours. Tanner is now run by Tim Sleigh Racing with his ex team boss David Sleigh now an arch rival. There are sure to be fireworks at each and every event this season, if 2013 is anything to go by.

Jillian Shedden, Managing Director at Knockhill said, “We are looking forward to another exciting season here at Knockhill with the SMRC. 2014 is our 40th anniversary and in all those 40 years, the Scottish Championship season has possibly never been stronger. It’s a credit to the SMRC that the classes are so buoyant. One thing is for certain, the 2014 SMRC events at Knockhill will provide spectacular wheel-to-wheel action for Scottish race fans.”

Join us for the opening round of the 2014 Scottish Championship car racing season. Advanced tickets can be purchased via the Knockhill website, with Adult admission (£10), Concession (£6) and Family (£20) if pre-booked. On the day prices vary and we’d always recommend booking in advance to save money!

March 28, 2014
Events Blog No comments Events
← Feedback Thursday – Thanks to all who participated! ENABLE Scotland Cycle the World Challenge Returns to Knockhill in 2014 →