Bike racers from all over Scotland, and beyond, will converge on Knockhill Racing Circuit this weekend (26/27 April) for the opening rounds of the 2014 Knockhill Motor Sports Club Championships. The event will also see rounds 2 and 3 of the Scottish Road Racing Championships taking place on the Knockhill Reverse Circuit. With all competitors set to take to the track on five separate occasions over Saturday and Sunday – a real festival of speed awaits Scottish race fans. 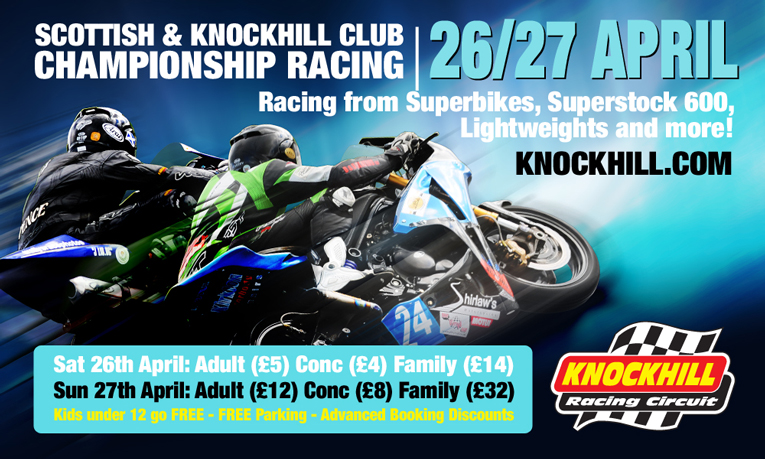 The event will take place on Scotland’s “newest” track, the counter-clockwise or reverse direction configuration of Knockhill. Since its re-introduction three years ago, the new layout has proved popular with a lot of the racers and for 2014, two race events will take place on the reverse direction track, whilst the remaining two will utilise the established clockwise layout. 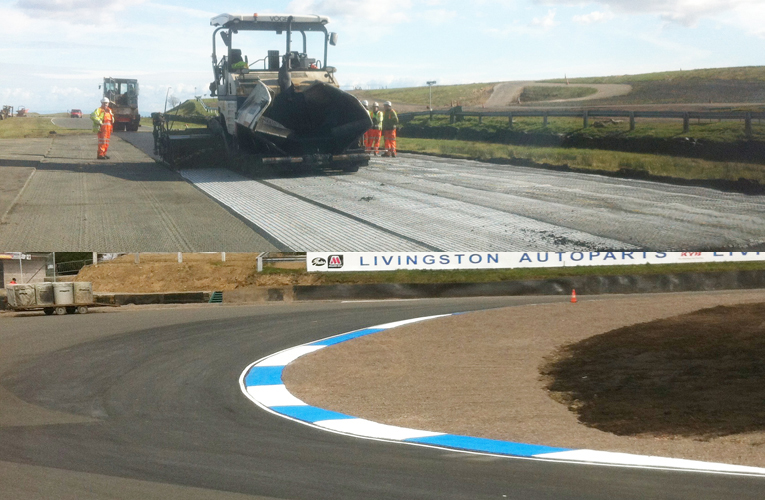 Events Director Stuart Gray said: “We have invested heavily in re-establishing the reverse direction circuit in 2011/12 which has continued over the winter of 2013/14 with major changes to the hairpin and other parts of the circuit. The widening of the hairpin and resurfacing works will enhance safety, improve overtaking opportunities and may well see new lap records set in every class this weekend.”

A massive 25 race programme, featuring Superbike, Superstock 600 and Lightweight machines tackling the unique twists and turns of the Knockhill track, will provide plenty of entertainment for spectators. Other classes featuring at the weekend include Pre-Injection 600, Clubman, Classic and Formula 125. Therefore, if you fancy a spot of hammer-and-tongs racing at Scotland’s premier motorsports venue, make sure you book tickets for what promises to be a fascinating opening to the two-wheel season at Knockhill. 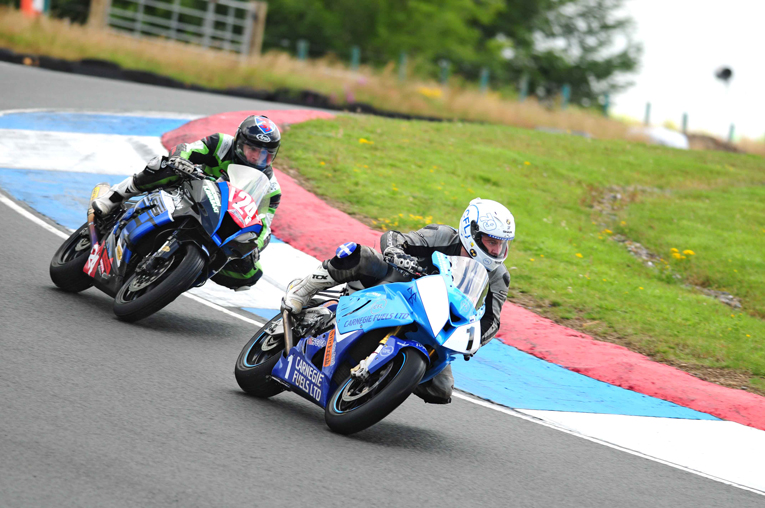 In the Superbike and Clubman class, multiple Scottish Champion Bruce Birnie (Montrose) returns to action after missing a number of rounds last year. He’ll be as eager as any to claim that top step on the podium on Saturday and Sunday. He will, however, need to keep his eye on a number of competitors who will also be aiming for wins. Andrew Tasker (Clackmannan), Matthew Shellcock (Oban) and Sean Gilfillan (Crossgates) all have the experience and ability to fight for wins this weekend.

The Superstock 600 class, which has been one of the most competitive classes over the past few years, will again provide some spectacular action this weekend; with the likes of Paul McClung (Haddington), Liam Shellcock (Oban), Jodie Chalk (Glenrothes) and Paul Bowerbank (Carluke) all set to lock horns on track throughout the weekend. 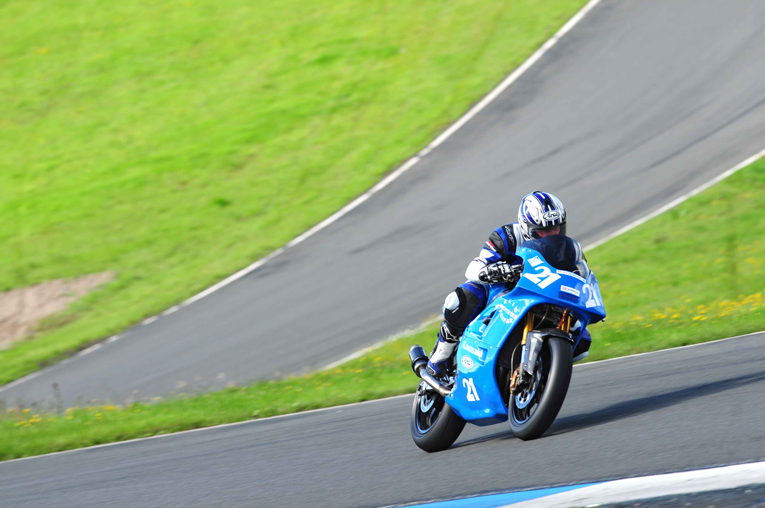 Elsewhere, we are likely to see Lewis Rollo (Haddington) and Craig Shirlaw (Aberdeen) recommence their enthralling battle at the top of the Lightweight grid. The duo diced on numerous occasions last year, out-doing one another time and time again, with Rollo eventually taking the Championship honours. In the Pre-Injection 600 Championship, experienced campaigners Patrick Forman (Rothienorman) and Des Burns (Falkirk) will be strong contenders. However, this year a number of newcomers have entered the Championship and no doubt will be eager to impress on their KMSC debuts. Gillian McGaw (Kilmarnock), Lewis Paterson (Perth) and Jordan Gill (Edinburh) will challenge for F125 victories, whilst John Andrucci (Shilbottle) and Jed Heath (Carlisle) will race for Post Classic Senior honours.

Stuart Gray continued: “The Knockhill Motor Sports Club and Scottish Championship racing scene continues to go from strength-to-strength, with new sponsors coming on board, and the continuation of the Motors TV coverage for 2014, which will see twelve sixty minute programmes broadcast on Sky, Virgin Media and Freeview. We’re all very much looking forward to another spectacular season of bike racing at Knockhill.”

Tickets for the event are priced as follows, with tickets booked in advance via the Knockhill website subject to additional discounts.