Rapid Solicitors Kawasaki rider and triple BSB Champion, Shane Byrne displayed his dogged side to fend off an irrepressible Ryuichi Kiyonari aboard his Buildbase BMW Motorrad machine at Knockhill Racing Circuit today, to claim his sixth win of the 2014 BSB Championship season. 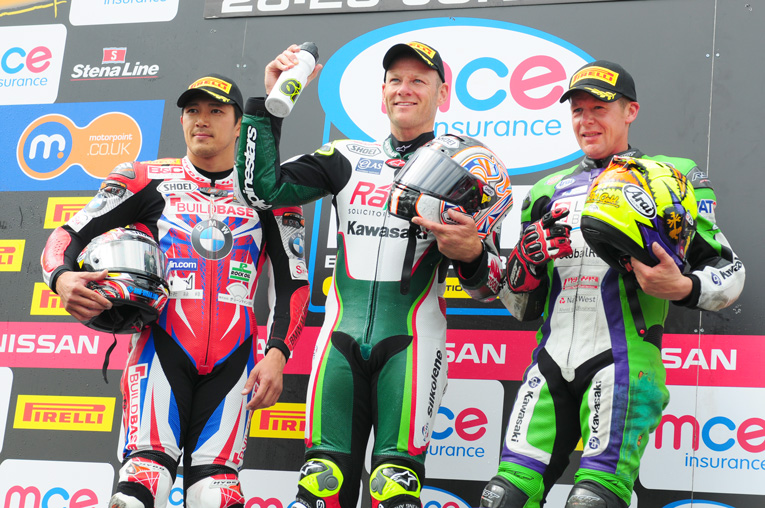 That win now extends Byrne’s Championship lead to 79 points over Milwaukee Yamaha’s Josh Brookes, with the Australian only managing to secure two 4th place finishes this weekend. Byrne secured his 57th career win despite having to fend off the challenging Kiyonari on several occasions; indeed, Kiyonari had gone with Byrne all race long until the pair opened a 3 second gap on third place finisher Chris Walker. In the closing stages, Kiyonari passed Byrne going into the hairpin, with Byrne returning the favour at the same corner on the following lap, following a moment for Kiyonari. That gave Byrne an opportunity to build a slender lead, but Kiyonari responded brilliantly to post the fastest race lap of the weekend and claim the Steve Hislop ‘Flying Haggis’ Trophy, with a new Knockhill lap record time of 48.253s lap. 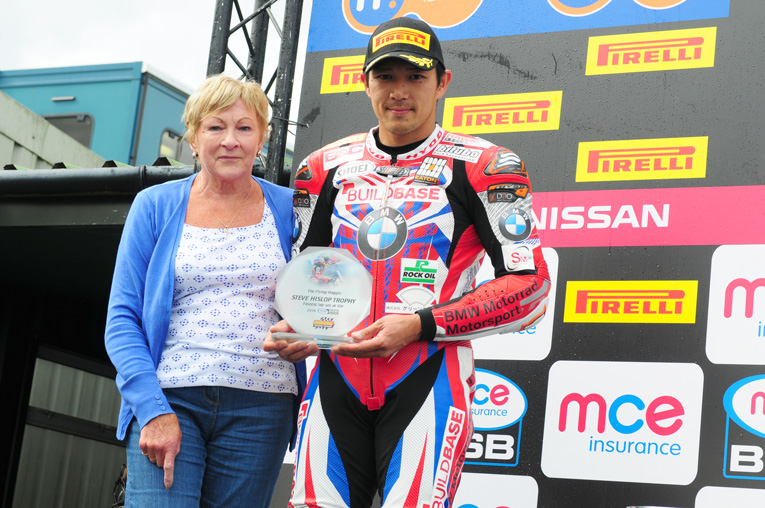 Third place finisher Chris Walker took his best result of the weekend, despite riding with a broken finger.

“To be honest, l thought race two would have been a lot more difficult than what it was. I got the better of Stuart Easton at the start and that was a big moment,” said Walker.

Kiyonari’s post race comments sum up a change in fortune for the Japanese rider as he said; “Disappointed, but happy with a double podium. Shakey is very fast and l made a few mistakes, next time l’ll try not to make any. Brands Hatch is one of my better tracks and I’ll try again for the podium.”

“Fair play, Kiyo has been the man to beat all weekend; we’ve struggled with the front end slightly, which is strange because we did the double last year. I put in some decent laps together and then Kiyo passed me; and then when he made that mistake at the hairpin l was like go, go, go! I’ve really worked the boys like dogs this weekend and it was good to come away with the win.” 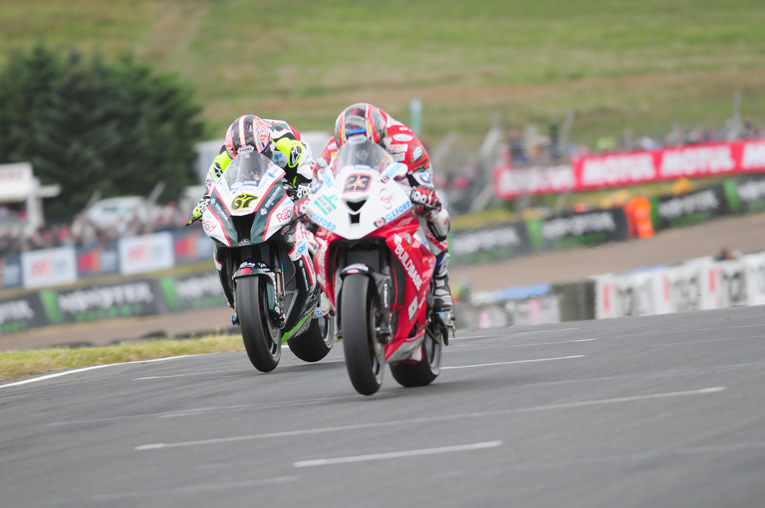 Shakey chases man of the meeting Kiyonari with both wheels off the deck!

“It’s probably been the best British Superbike weekend at Knockhill, there were some superb efforts across all the classes today and credit to the Knockhill team for the intelligent changes to the track, which l felt really added to the entertainment this weekend. Also thanks obviously to everyone who came along and helped make the day possible.”

Make sure you check out the British Superbike website for full reaction to this weekend’s event.