Kelty’s, Dennis Hobbs claimed victory in the 2nd Ducati TriOptions Cup race of the weekend and secured a memorable double for the Knockhill instructor/commentator. The P&H/Carl Cox Motorsport rider held off a strong challenge from Leon Morris (Stockbridge) and Marty Nutt (Castlerock). The 15 lap race, which saw a number of over-taking manoeuvres by the leading riders provided excellent entertainment for the early-bird BSB fans. Hobbs also set a new Ducati TriOptions Cup lap record with a 51.309 second effort. 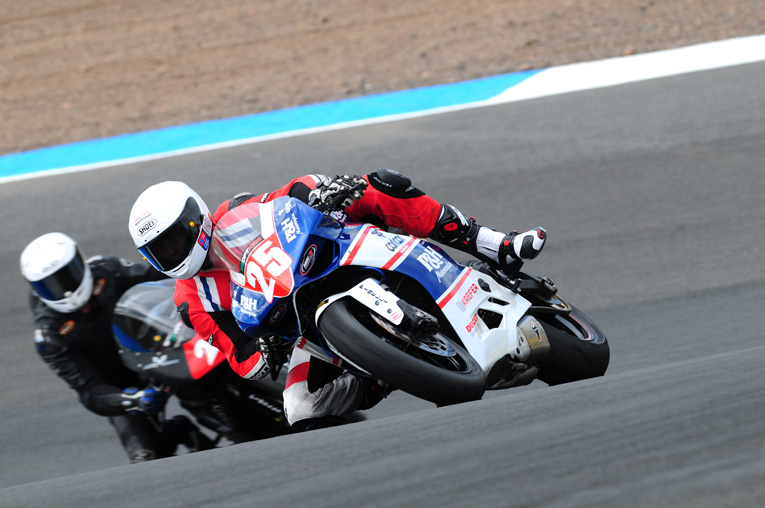 The race, also saw Haddington’s Paul McClung start on pole and lead the race for a for a number of laps, before being over-taken by Hobbs on his way to victory. McClung then crashed out at Leslie’s on the same lap, joining fellow Scot, Greg Gilfillan on the sideslines, following Greg’s earlier exit. 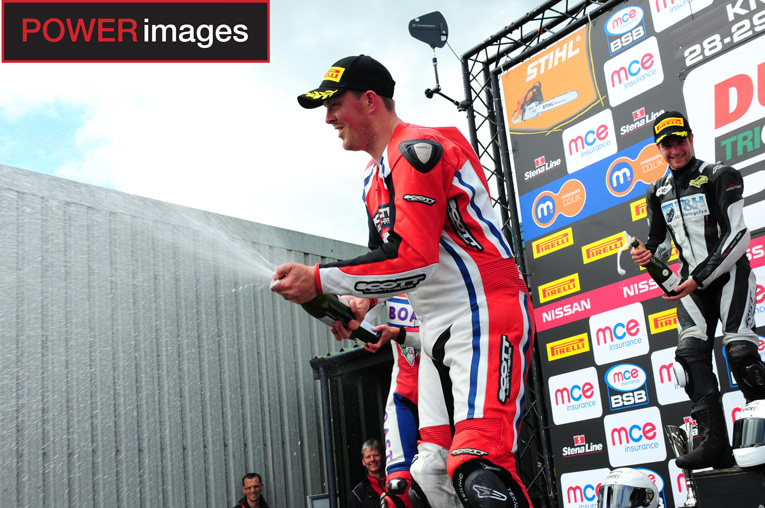 Hobbs samples some champagne on the top step!

Everyone at Knockhill would like to congratulate Den on his performances this weekend. Young Paul McClung can also be pleased with his efforts this weekend, especially considering, he only sat aboard the bike for the first time during Friday’s practice.

You can catch up with all today’s results via the MCE British Superbike Championship website.