Buildbase BMW Motorrad rider, Ryuichi Kiyonari, topped the timesheets during the third and final free practice session for the MCE British Superbike riders this morning, with a time of 48.182 seconds. The Japanese rider’s season ignited at Knockhill last year and it certainly looks like Kiyo will be in the hunt for wins this weekend. 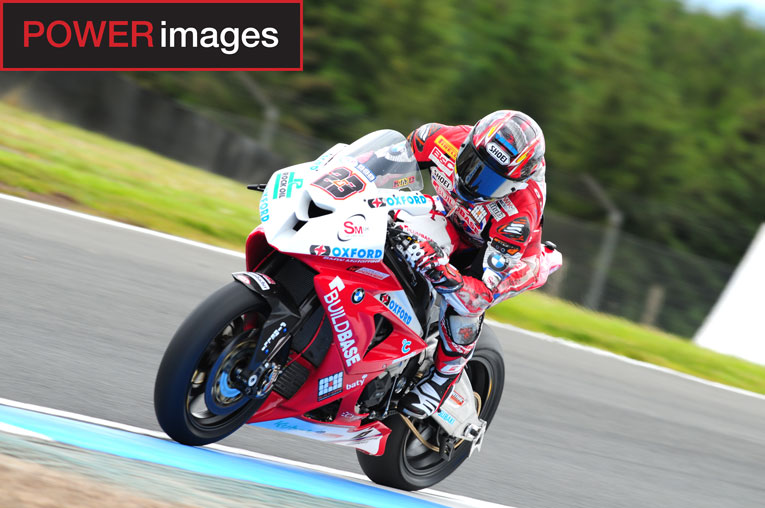 Kiyo on his way to the fastest lap of the weekend so far!

The session was delayed following a couple of incidents involving Harry Hartley and Tommy Bridewell; and in Bridewell’s case, who later admitted, was fortunate to walk away from a crash at Duffus Dip after his bike expired coming down the start/finish straight. The delay, allowed BSB Radio presenters to catch a few words with some of the riders, including Scotland’s Stuart Easton.

“Yeah, feeling good, just trying to improve the bike. Times are close around here, as always. 3rd and 4th in practice yesterday so we’re in the hunt for a podium; we just need to keep developing the bike and keep chipping away,” said Easton.

“It’s been a good start, we’re not quite right there with the bike yet; there’s a few things we want to try this morning and that should see us right for qualifying and two good races tomorrow.”

Next up for the MCE British Superbike competitors is the DataTag Extreme Qualifying session at 16.05pm today. The 45 minutes session, broken down into three sections, will see competitors challenge for pole position whilst all-the-while trying to post a fast enough time to avoid elimination from each session.