Scottish Championship Car Racing comes back to Knockhill on Sunday 13th July for the fourth instalment of the 2014 SMRC season.  Car racers from up and down the country will be heading to Knockhill as the event features two 20 minute races from the National MG Car Club Championship. Racers will be travelling from as far away as Aylesbury and Walton on Thames to take on local ace Paul Luti from Callander.

With only three events remaining in the 2014 schedule following the action at Knockhill; racers will be keen to ensure their title aspirations remain on track, by securing as many podium finishes as their fellow competitors allow.Last time out, a number of the classes saw dominant performances coming from those all searching for Championship glory; including 17 year old racer Ciaran Haggerty (Johnstone), racing in the Scottish Formula Ford series. 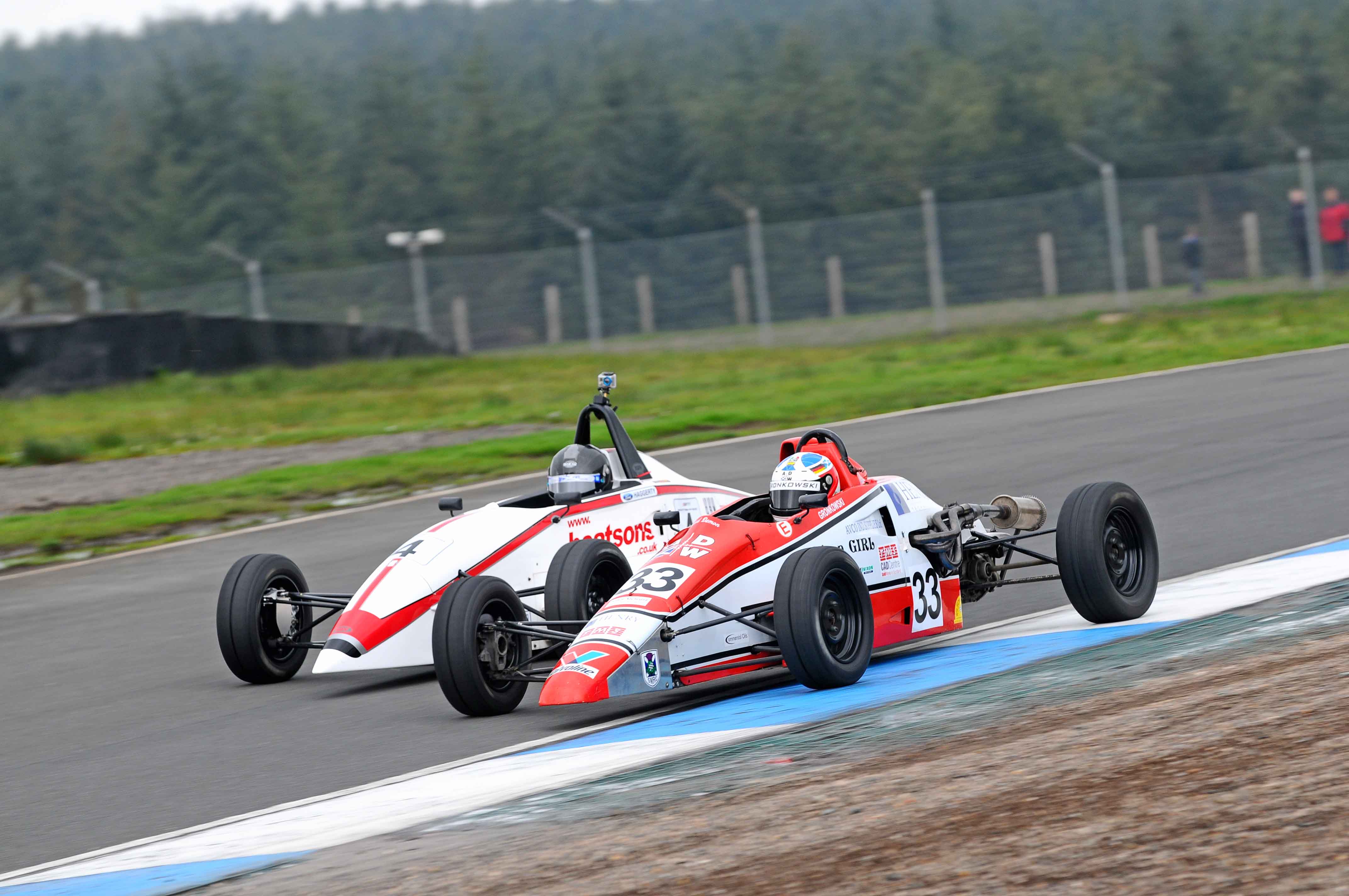 Haggerty scored his best results of the season by claiming two race wins ahead of title rivals Jordan Grownkowski (Banff) and Graham Carroll (Mussellburgh). Despite those wins, Haggerty still remains in second position in the overall Championship standings, 11 points adrift of Gronkowski; however, the momentum certainly seems to have swayed in Haggerty’s direction and it will be interesting to see if either of his closest rivals can stop his fine run of form when they all collide on the Knockhill Circuits.

Another youngster enjoying a fine season is Aberdeen racer, Adam McKay. Consistent points hauls in every Formula Ford race so far this season have seen the former Legends racer rise to third in the standings ahead of former Champion, Graham Carroll.

There was also double-delight for St. Andrew’s racer Alan Kirkcaldy, who took two wins in the Scottish BMW Compact Cup. A series, that can boast grids of up to 30 racers, all challenging for wins behind the wheel of their 1900cc BMW Compacts. Kirkcaldy returns to Knockhill with a 21 point advantage over Steven Dailly (Wallyford) and Mark Soutar (Aberdeen); and he’ll be keen to maintain his winning streak in the hope of emulating his 2013 BMW Compact Cup title win.

Peoples Ford Fiesta ST Racer, Wayne Macaulay (Forfar) helped himself to two fine race wins at the June round, crossing the finishing line comfortably ahead of his closest rival Peter Cruickshank (Lundin Links) by over 6 seconds on both occasions. Cruickshank will be keen to end Macaulay’s 100% record for the season and will be hoping fellow ST racers Andrew Christie and Steven Ward can help him out when action gets underway on Sunday 13th July. In the Fiesta XR2 section of the Championship, Steven Gray (Aberdeen) still leads the Championship by 19 points ahead of Hamish Smart (Edinburgh). With Smart, returning to Knockhill in buoyant mood following a double win of his own at the last event.

Other action this weekend will come from the Legends, Classic and Sports & Saloons Championships. The Legends series, in particular, has seen some of the closest racing, of all the classes starring on the SMRC bill, this season; with anyone of the top six competitors capable of winning races, more of the same will be guaranteed this time out.  With 380 points separating the top six in the standings and with in excess of 500 points up for grabs at each event, the action is frantic, fraught and always entertaining.

The event will see qualifying sessions take place from 8.30am onwards with the first racing action scheduled to run from 10.30am. Upwards of 15 races will take place throughout the day, eventually concluding around 5.30pm.

Tickets for the event can be booked in advance via the Knockhill.com website. Alternatively tickets will be available at the gate throughout the event. All tickets pre-booked via the Knockhill website are subject to pre-booking discounts.On the gate admission prices: Adult £13, Conc. £8, Family £32 and Kids under 12 go free.To book tickets, click here;