Race three brought an end to the Homecoming Scotland 2014 – Dunlop MSA British Touring Car Championship event, in what was a spectacular day of racing at Scotland’s National Motorsport Centre. 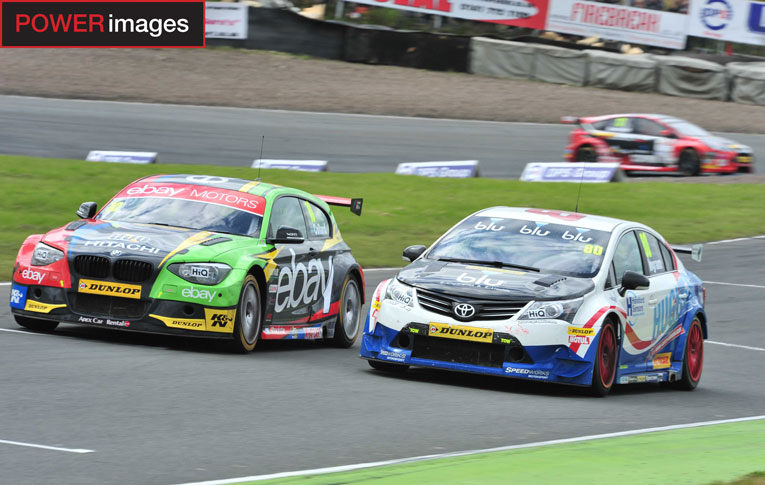 The final, reverse grid race, victory went to the eBay Motors’ BMW of Rob Collard, as he secured his first win at Knockhill since 2012. The BMW was clearly the car to have this weekend, with Collard’s teammate Colin Turkington taking new BTCC qualifying and race lap records this weekend. Given the scenario the eBay duo faced heading into this weekend – with penalties for the opening race; they’ll be justly proud of there achievements as they toast their efforts tonight, with a wee dram, no doubt.

Driver of the day, Colin Turkington, later admitted that his weekend could have swung either way, and given that he failed to finish the opening race, he must have feared the worst. But following a sensational drive in race two, and a strong podium (3rd) in race three; he walks away from Knockhill with a 23-point lead at the top of the Championship standings. 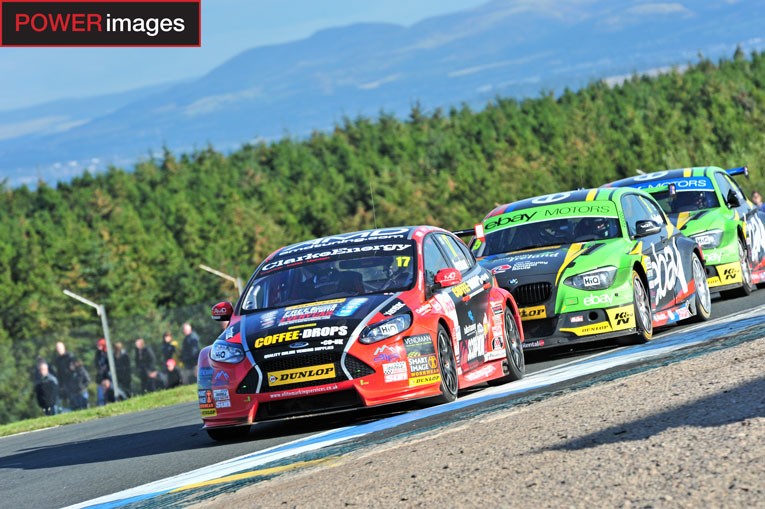 Race three also saw another ‘home’ podium, this time for AmD Tuning’s Dave Newsham. Newsham and the AmD team, opted to race this weekend, despite the loss of Newsham’s mother earlier in the week. Newsham was determined to compete this weekend, and few would begrudge him this victory, in an otherwise difficult few days for the Inverness based driver.

“Yeah, l wasn’t going to make it easy for anyone to pass me in that one,’ commented Newsham, having just held of the super-quick BMW’s of Colin Turkington and Nick Foster for a number of laps, before crossing the finish-line a mere 0.211 seconds ahead of Turkington.

“The car was great; and boy we needed that. I’ve had plenty of wins here in past, but that one was for my Mum; she was with me there, pushing me all the way,” concluded an emotional Newsham, live on ITV. 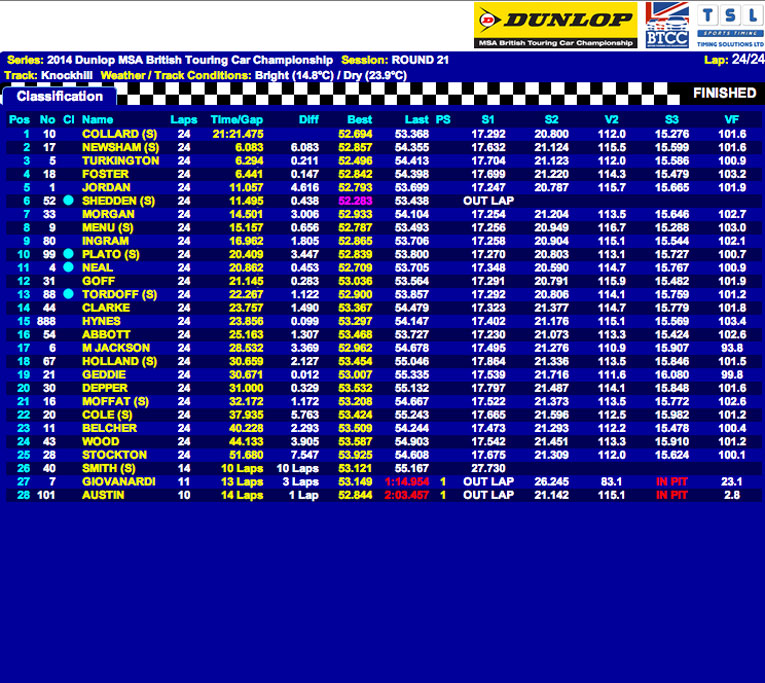 Colin Turkington reflected on his weekend and said:

“There was only so much l was willing to risk in that race. I think Nick was getting frustrated behind me. It’s every man for themselves at this stage – even if it’s your own teammate, if they feel they have a fast car, they won’t hesitate in making a move. That said, I’m really happy leaving Knockhill tonight.

This weekend also saw a number of special tributes; starting at the Forth Road Bridge on Thursday to celebrate the 50th Anniversaries of the Bridge and Jim Clark’s BTCC title win of 1964. The Jim Clark celebrations continued this weekend with a number of Jim’s iconic cars joining our own 40th Anniversary Celebrations in the Homecoming Scotland 2014 marquee; before venturing on track for a number of nostalgic parade laps. 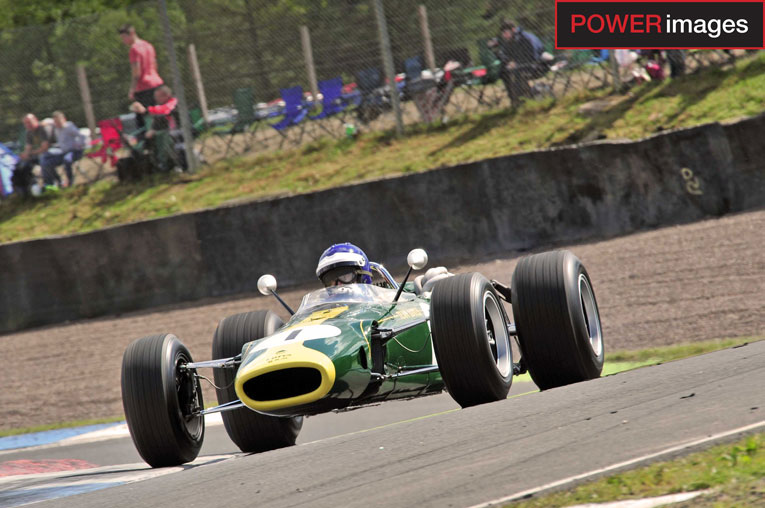 “I’m so pleased for all involved. For all the TOCA teams, support classes, officials and marshals for delivering such a fantastic event on the track. And off track, a special thanks to all those who helped pull together the Bridge crossing, Jim Clark and Knockhill 40th Anniversary tributes.

“I’m really looking forward to next year (22/23 August) and look forward to doing it all again.”

For all the latest reaction to today’s BTCC races, check out the official BTCC website.

August 24, 2014
Events Blog No comments Events
← Mat Jackson takes the win as Turkington cuts through the field BTCC dazzles in the Knockhill sunshine →