Airwaves Racing’s Mat Jackson claimed victory in the 2nd Dunlop BTCC race at Knockhill today, in what was a slightly duller affair than the opening race of the day. Jackson made a break for it following an incident on the opening lap, which brought the safety car out for a quick session. 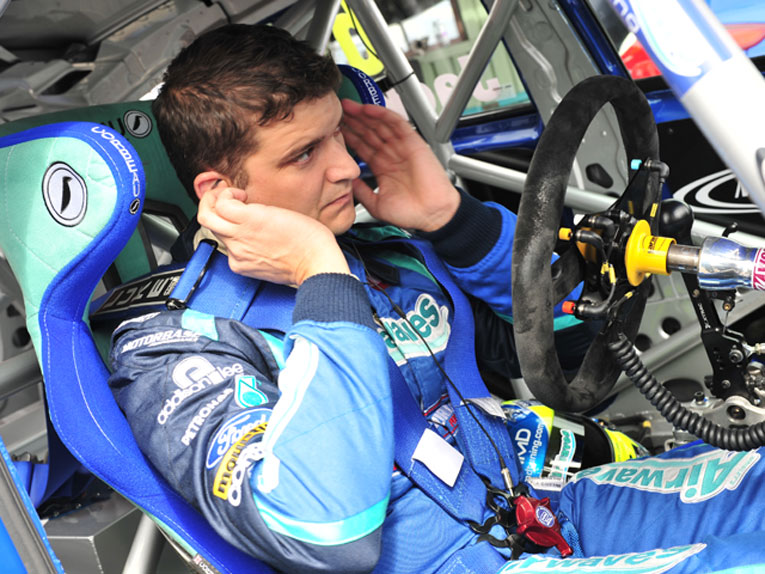 Rob Austin had challenged Matt Neal for the race lead at the 1st corner of the race, but the Audi driver had to take to the grass as he bailed out of a proposed move around the outside at Duffus. When Austin rejoined the track at Scotsman, there was a slight bottle-neck and Honda’s Gordon Shedden was unfortunately forced into the gravel.

The Honda Yuasa ace, believed he was unceremoniously barged off track and aims to come out all-guns-blazing for the third and final encounter of the weekend at 17.07pm today.

“You know, l’m sure things will swing up and down from now, until the end of the season; but that was a real opportunity for a win there and it was virtually over in the first lap.

“Moving forward, we’re on the soft tyre for race three and we’ve got rid of all the ballast, so l just don’t care anymore, I’ll be going for it,” said Shedden.

The Honda team, were to endure further woe, as Matt Neal was issued with a drive-through penalty whilst he was leading; which dropped the former Champion down to 21st place. Neal managed to work his way back up to 14th place, whilst Shedden crossed the finishing line in 12th.

Race two also saw an incredible drive from eBay Motors’ Colin Turkington; as he carved his way through traffic, on a track that is renowned for being notoriously difficult to pass on, to pass 23 cars on route to a 4th place finish – from a 27th place start. Turkington, also blazed his way to two, new, Knockhill lap records. He scored his first on lap seven with a 52.225sec effort, and then bettered his own record by posting a 52.094sec lap, to add to his outright qualification lap record he claimed yesterday. That 4th place finish and the subsequent woes of Shedden, gives the Irishman a 19-point advantage heading into the final round later today. 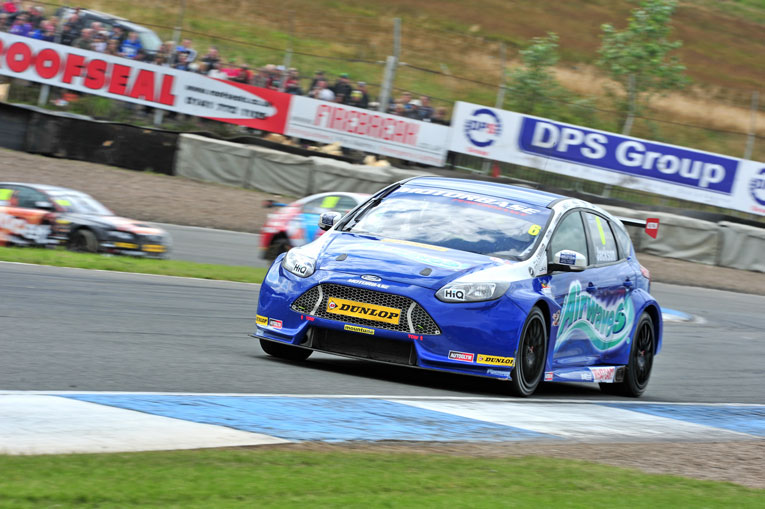 Race winner, Mat Jackson was obviously delighted with the win, as was Motorbase Performance team boss, Dave Bartrum – who was visibly elated in the pit lane – giving everyone an indication of what a BTCC race win means to teams on this year’s grid. Jackson commented:

“Delighted with that, l got away at the start and was able to manage the tyres really well; to take a pretty empathic win.” 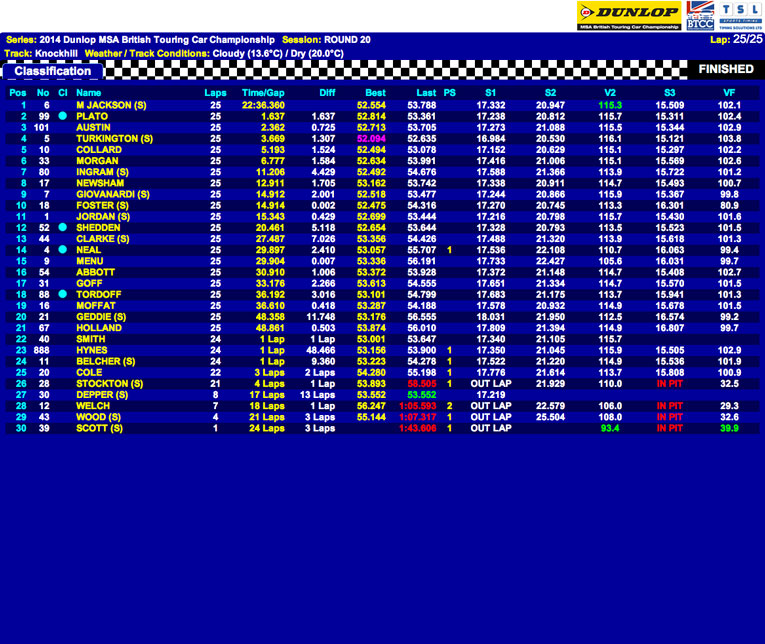 “We have have improved the car from race one, it feels more drivable. The soft tyre seems to be working well – given the results others on that compound – hopefully it will be the same for me in race three,” said Plato.

Rob Austin claimed he was after a win before the start of race two, but the Exocet Racing ace had to be content with his 2nd podium of the day, and his fourth in the last two years at Knockhill – as he crossed the line in third, just 0.725secs behind Plato.

“I got a great start; then took to the grass and when l came back on track l collected Shedden… and here we are, on the podium again. I couldn’t get the right momentum through Clark’s to set up for a move at the Hairpin on Jason,” concluded Austin.

eBay Motors’ Nick Foster lines up on pole position for the reverse grid race at 17.07pm, with Shedden and Plato looking to reel in the super-fast Turkington, another superb spectacle should be on the cards! Tune into ITV4 for live coverage of the race, or alternatively, watch it online via the ITV.com website.