The Knockhill Motor Sports Club and Scottish Championships reached a thrilling climax at the weekend (27/28 September 2014); as 128 riders and sidecar teams rolled into Knockhill for their final outing of the year, with a number of riders already looking ahead to next year; whilst others, remained fully focused on the weekend’s action with Championship honours still in sight. 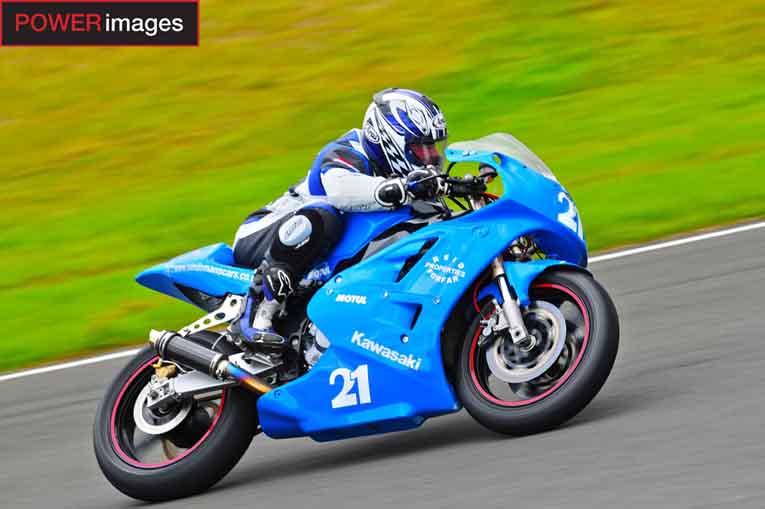 For KMSC Formula 400 Champion, Grant Reid, his focus had already shifted to 2015 following an imperious season aboard his F400 racer; switching this weekend to the MiniTwin class, a class he’ll compete in next year after securing the Formula 400 title with a round to spare. 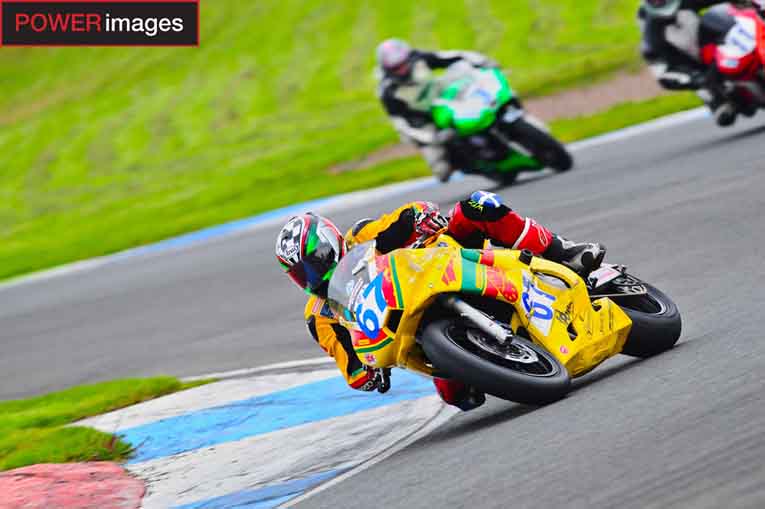 Likewise, despite having a Cupar Motorcycle Pre-Injection 600 Championship battle on his hands this weekend; Des Burns had already put his plans for 2015 into motion, by purchasing a Kirkcaldy Kawasaki ZX10R ahead of his Clubman title assault next year. Des though, still had to fend off Patrick Forman for the Pre-Injection title and duly obliged courtesy of three wins, and two further podiums at the weekend. Forman, on the other hand, could only manage a solitary podium on a weekend that never quite went to plan. 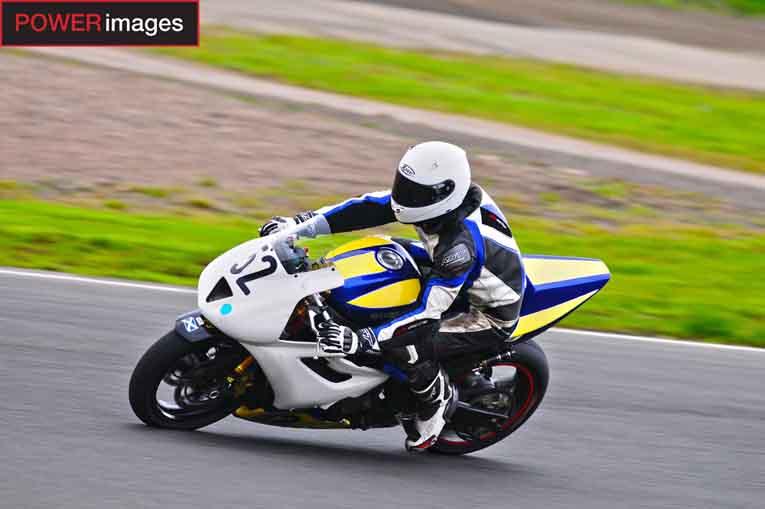 In the Scottish Lightweight class, Forth’s Jason Blacklock had already wrapped up the Scottish title, and headed into this weekend set to battle Lewis Rollo for the top KMSC honour. But, commitments elsewhere for Rollo, left Blacklock with an easier task than expected to claim his second title of the season. On the day however, Blacklock had to play second fiddle to the returning Paul McClung, aboard the Shirlaw’s Lightweight, as he blazed his way to 4 race wins and two new Lightweight lap records; the second of which, a mighty impressive 53.814 secs. Blacklock, managed to take the opening race win of the weekend and subsequently endorsed his position as top Lightweight rider with a further four 2nd place podiums. 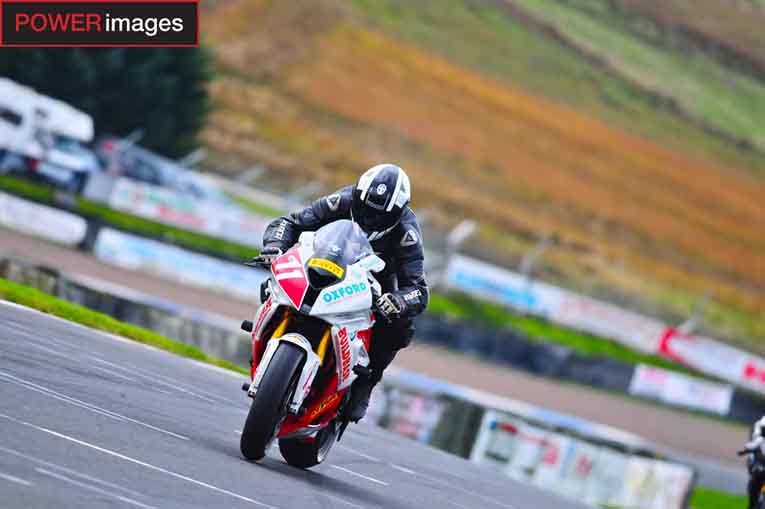 Darren Ross, returned to the Shirlaw’s Clubman fray this weekend; although would have known that he’d require a miracle to de-rail Richard Hughes’ title aspirations. As it turned out, Ross did all he could, literally do, to close the gap at the top of the standings; following an impressive five race wins and four fastest laps – including two new KMSC Clubman Lap Records. But, in the end, Hughes’ four 2nd place podiums were enough to give the St. Boswell racer a 40.5-point advantage at the head of the table, to make him the Shirlaw’s Clubman Champion for 2014. 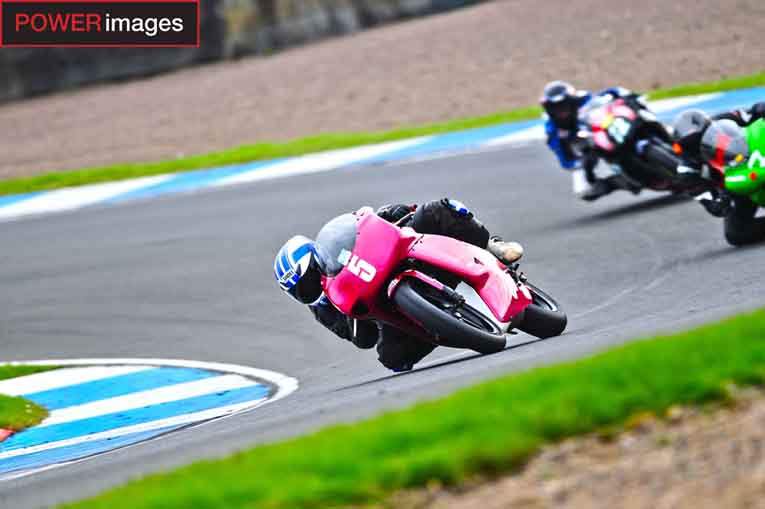 Gillian McGaw was miles ahead in the F125 class heading into the weekend; following an impressive season that included race wins in every outing of the season so far. The weekend also started in the same vein with her taking the opening two class wins. However, Josh Hodge took all five on-the-road race wins aboard his Pre Moto3 bike. The weekend also saw the first wins of the season for Jordan Gill and Lewis Paterson, deposing McGaw from the top-step for the first time this season. McGaw also claimed the KMSC GP125, securing a double Championship win for the Kilmarnock ace. Elsewhere, John Andrucci took the Post Classic title and Eddie Butler took the Classic title. 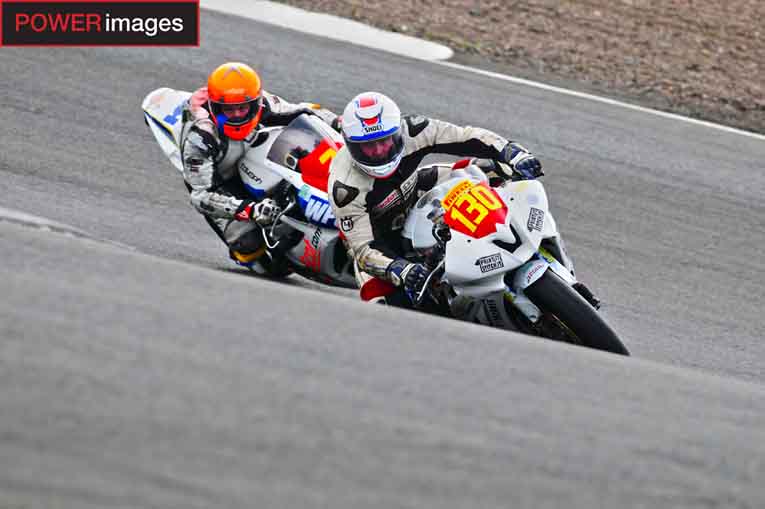 The KMSC Skinner Motorcycles Superstock 600 Championship battle looked to be heading to the wire before the weekend. However, bike trouble for Oban’s Liam Shellcock, allied to a race win and four 2nd place podiums for Douglas Cunningham, secured the Airdie rider a KMSC and Scottish Superstock 600 double. The weekend also saw Callum Paterson and Kris Duncan take their first race wins of the season. In Paterson’s case, his three wins represented his best points haul of the season. 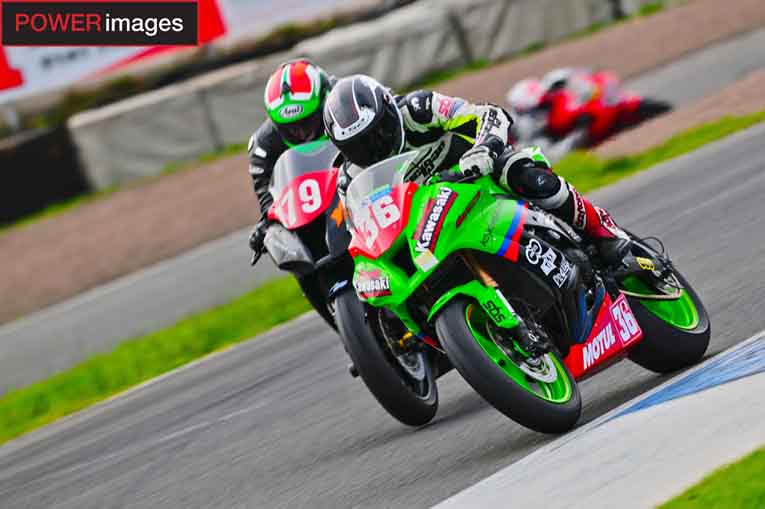 The KMSC and Scottish Superbike titles were also up for grabs at the weekend, with Andrew Tasker (Scottish) and Roy Houston (KMSC) in pole position for the wins. With both riders taking a pragmatic approach to their respective Championship races, settling for points on the board, instead of their customary race wins/podiums, to secure their 2014 title wins; that left Donald MacFadyen and Matthew Paulo to fight at the head of the field for the race wins. Ultimately, the win count ended three-to-two in MacFadyen’s favour, but Paulo did walk away with a new KMSC Superbike Lap Record, aboard his BSB Supersport Evo spec machine, with a time of 50.528 secs, eclipsing MacFadyen’s earlier effort of 50.629 secs. 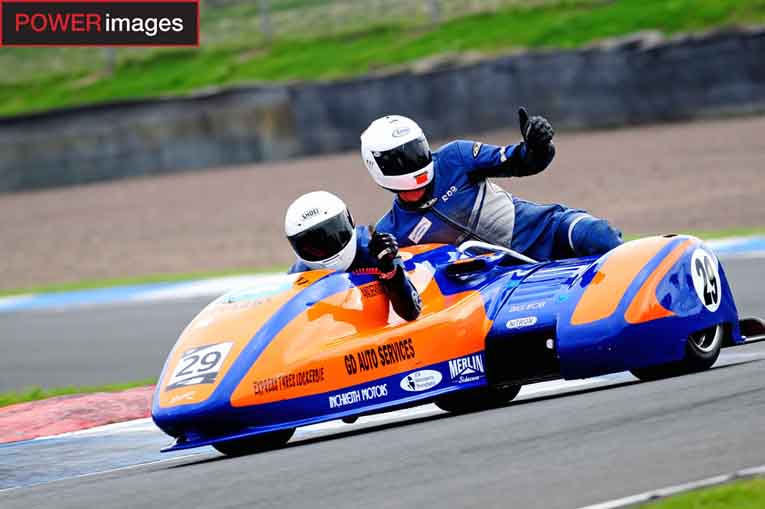 The Jock Taylor Memorial race also returned to Knockhill at the weekend, and saw a number of sidecar teams roll into Knockhill to compete for the famous trophy. The sidecar pairing of Stephen Kershaw and Rob Wilson were the team to beat at the weekend; as they helped themselves to four race wins, the Jock Taylor Tropy and the Steve Webster Trophy (for fastest lap during the Jock Taylor race), capping a highly successful weekend, with Kershaw later admitting:

“It’s absolutely fantastic. I’ve been after it for a long time, there is some great names on it and I’m really pleased to finally get our names on the trophy.”

“Well that rounds out another superb season for the Knockhill Motor Sports Club. I’d like to say a huge thanks to everyone who has been involved with our events this year; sponsors, marshals, officials, support staff, competitors and fans. We look forward to welcoming everyone back to Knockhill, for another thrilling season of bike racing next year.”

You can view all the results from the weekend via MyLaps or Smart Timing; and you can see a full gallery of images at www.power-images.co.uk.

See you all next year!