Scottish and Knockhill Motor Sports Club bike racing returns this weekend (Sat 27 & Sun 28th September) for a highly-anticipated season finale. The event, will witness the culmination of both the Scottish and KMSC Championships, and will also see the elite competitors in each class crowned as 2014 Champions. 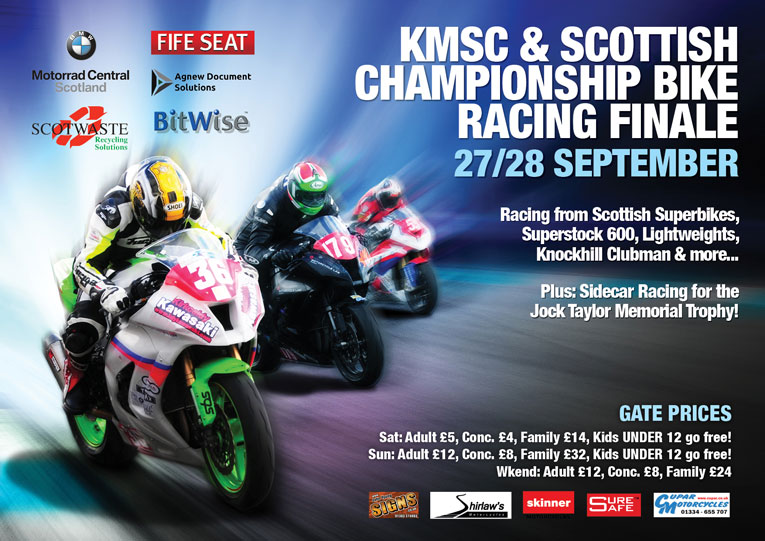 The Jock Taylor Memorial race also makes a welcome return this weekend, after several years away from the circuit. The race commemorates Scotland’s only World Sidecar Champion, Jock Taylor, who claimed the title back in 1980. Along with the coveted Jock Taylor Trophy, sidecar racers this weekend will also be vying for a prize fund of £1000 – jointly raised by Knockhill and the British Sidecar Association. A competitive field is expected to line up on the grid this weekend, and as an added bonus, they’ll also have the opportunity to race for the Steve Webster Trophy – donated to the KMSC by 10 times FIM World Sidecar Champion – Steve Webster. 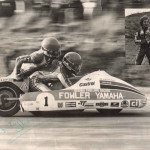 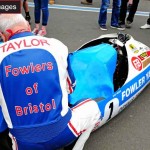 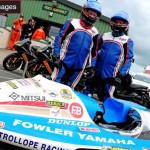 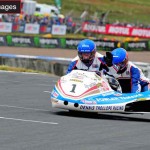 As well as the Jock Taylor race, Jock’s Championship winning sidecar will also be on display (paddock 2), and paraded on track this weekend, courtesy of lifelong fan Jack Muldoone; who bought the outfit from Dennis Trollope, Jock’s sponsor and friend, back in 2012 and fully restored it to its current condition. Elsewhere, a special Jock Taylor room will also be open to the public, which will house racing memorabilia from Jock’s career; including trophies, leathers, photos and other historic items from Jock’s illustrious career.

An action-packed programme of 30 races will take place over the weekend and will see competitors take to the track to compete in the following classes: 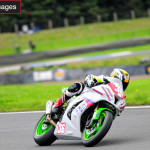 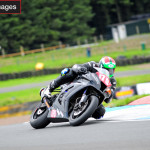 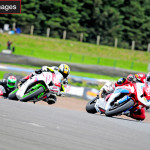 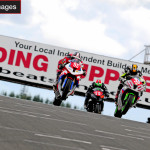 In the Scottish Superbike class, Andrew Tasker (Clackmannan) currently leads the way with a 42 point advantage over Roy Houston (Kirkcaldy). With 25 points up for grabs in each race (x2), Roy can still mathematically win the Championship; however, Tasker has finished on the podium in every race at Knockhill this year, and therefore must be considered odds on to secure the Scottish title. In the KMSC equivalent it’s Houston who heads the table with a 60.5 point cushion over Donald MacFadyen (Inverness), with Tasker a further 13 points adrift in third place. With a maximum weekend points-haul equating to 105 points, there’s still plenty of scope for Houston’s title rivals to close, if not overhaul his title lead. 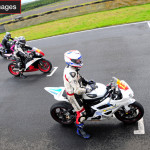 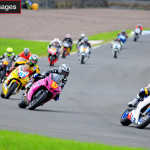 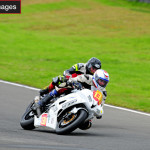 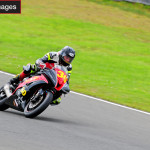 In the Scottish Superstock 600 series; Airdrie’s Douglas Cunningham has a 103 point lead at the top of the standings and can’t be caught. However, it’s a tad closer in the KMSC Skinner Motorcycles Superstock 600 Championship, with Cunningham trailing Liam Shellcock (Oban) by 12 points. Cunningham blazed his way to five race wins the last time out at Knockhill; and will be hoping for more of the same this weekend, as he looks to close in on a 2nd Championship win for 2014. 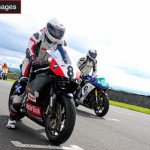 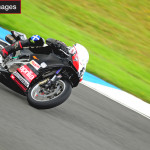 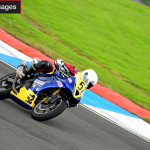 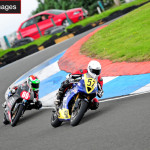 In the Scottish Lightweight Championship, Jason Blacklock (Forth) has a 38 point lead over Lewis Rollo (Haddington), with Keith Dickie (Aberdeen) a further 10 points behind in 3rd. With 50 points available this weekend, Blacklock can afford to let Rollo win, as long as he can gather sufficient points to keep him at the top of the Championship standings. In the KMSC Lightweight standings, Lewis Rollo tops the standings with a 17 point lead over Blacklock. It’s highly likely that this pair will challenge for the title win, with Dickie still having an outside chance should Rollo or Blacklock have a disatrous weekend. 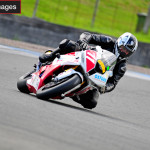 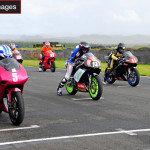 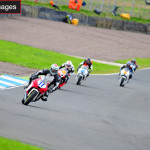 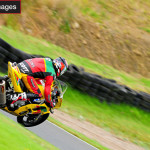 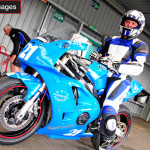 Elsewhere, Grant Reid (Forfar) has already secured the KMSC Formula 400 title following an impeccable season; that has included race wins and fastest lap points in every race this season. Likewise, Gillian McGaw (Kilmarnock) has also wrapped up the Formula 125 Championship after notching her 15th win of the season on her last visit to Knockhill. Cupar Motorcycles Pre-Injection 600 duo, Patrick Forman (1st – Rothinorman) and Des Burns (2nd – Flakirk), look set to fight until the final race of the season, to see who claims the 2014 Championship win. With 23 points between them and the win count at 6 to 5 in Burns’ favour, this is one Championship that is hard to predict. In the Shirlaw’s Clubman class, Richard Hughes (St. Boswells) looks odds on to secure the title win, his 79.5 point lead at the top of the standings, affords him some margin for error this weekend. In the KMSC GP125 class, Gillian McGaw currently top of the standings by 45 points ahead of Rory Skinner; and with Skinner set to miss this weekend, due to other racing commitments, McGaw is pretty much guaranteed her second title of the season.

Action starts on Saturday with a series of warm up and practice sessions, before qualifying starts at approximately 10am. A 12 race programme will follow with action set to conclude around 5pm. On Sunday, a further 18 races will take place from approximately 9.30am to 5pm. Trophy presentations will take place in the Champions’ Clubhouse half an hour after the final race, and everyone’s invited.

Tickets for the event can be booked (in advance) via the Knockhill website with pre-booking discounts available. Alternatively, tickets will be available at the gate over the course of the weekend at the following rates:

We hope you can join us, for what promises to be a thrilling climax to the bike-racing season at Knockhill.