Scottish Championship Car Racing returns to Knockhill this weekend for the penultimate round of the season. A seventeen-race programme will take place on Sunday 14th September and will feature three races for the Scottish Legends Championship; other action will come from the Scottish Mini Cooper Cup and the Scottish Saloons and Sports Car Championship. 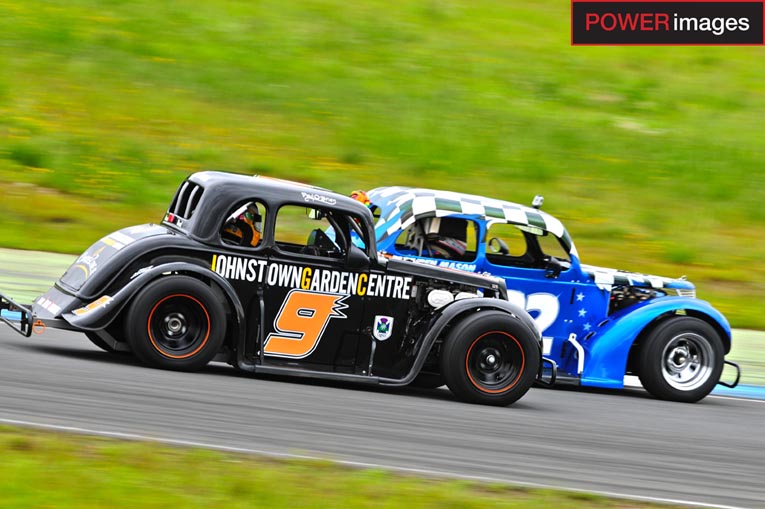 In the Scottish Legends Championship, Naas racer, Paul O’Brien claimed top spot in the standings at the last round following a whopping 570 points haul – equalling his best score of the season – and all at a very pivotal point in the campaign – which could prove crucial. The Legends series tends to go right down to the wire and we’d expect a few more twists and turns before this Championship is decided on Sunday 5th October. There are a trio of racers hot on O’Brien’s tail, including John Paterson (Motherwell), David Hunter (Alva) and Duncan Vincent (Glenrothes); as well as a host of other racers more than capable of securing podium positions in the line-up – which should provide for an entertaining weekend. 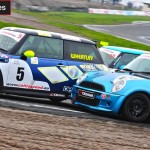 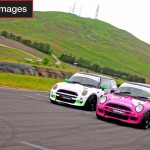 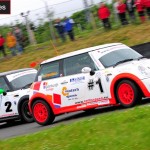 Haddington’s Kenny Thirlwall can afford to play a waiting game in the Celtic Speed Mini Cooper Cup; having built a comfortable 98 point advantage over Dunfermline’s Joe Tanner. Indeed, Thrilwall is in much the same position as BMW points leader, Alan Kirkcaldy; in that, he’ll be happy enough to let Tanner win the remaining races, on the proviso that his Championship lead is not threatened too much. However, Thirlwall knows that in Mini Cooper Cup Racing, a scenario like that will be very hard to maintain, given the unpredictability and competitiveness of the racing – where the racing tends to be incident packed and enthralling. Thirlwall knows the score however, and has shown this season that he can more than match the pace of Tanner, or anyone else for that matter, on track if he needs to. 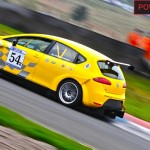 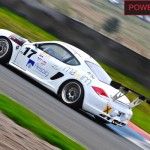 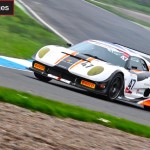 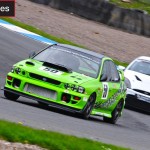 The final Championship making it onto the Knockhill tarmac this weekend is the Scottish Saloons and Sports Car Championship; featuring a host of high-powered, super fast sports and saloon race cars. Current Championship leader Andrew Morrison (Stirling) will be looking to chalk off another event on his Championship title schedule, behind the wheel of his bright-yellow SEAT Leon Cupra. Morrison holds an overall lead of 54 points. Again, Morrison won’t need to concern himself with winning races on-the-road this weekend; he simply needs to make sure he passes the line before his fellow class B1 racers. That said, those fellow class B1 competitors, remain Morrison’s biggest rivals in the Championship with Mark Robson’s Subaru Impreza and Chris Whyte’s VW Corrado holding 2nd and 4th spots in the standings respectively.

Outright Saloons and Sports Car race wins however, will be on the agenda for David Gebbie (Bothwell) as he looks to reel in Morrison in the overall standings, from 3rd, behind the wheel of his 3.4 litre Porsche Cayman; whilst Aberdeen’s Graham Davidson returns to SMRC action with his super-fast Noble M400; whilst Cameron Purdie (Aberdeen) will be aiming to build on his brace of wins last time out.

Action gets underway on Sunday 14th September at 8.30am when a series of qualification sessions will decide the grid line-ups for the opening races of the day, set to start at 10.45am. Action will then continue all the way through to 17.40pm – concluding with the third and final Formula Ford 1600 Championship race of the day.