The student Sunday  themed Spring Raceday has 143 racers from all four corners of Scotland, and some from beyond, for the first round of the SMRC organised car racing this Sunday at Knockhill. Never has there been such interest and it’s across all the classes with healthy numbers entered in all 7 championships. Topping the bill in terms of numbers are the BMW Compacts who are currently standing at 36 cars, the Celtic Speed Minis have an impressive 24 and the Saloons and Sports have an equally competitive 21 cars.

The programme boasts a 17 race schedule starting at 10.40am features STUDENT SUNDAY where any student in Scotland can get in free of charge by simply showing their student id card at the gate. The Circuit has been working closely with Scottish Motor Sports and recently hosted an 80 student driving challenge from 5 different Universities in Scotland and such was the success, the offer of free entry for the SMRC event on Sunday was made to continue the links with all further education establishments in Scotland.

With the entry numbers and interest rising over the winter, the Circuit management have managed to have the grid capacity increased to 34 cars this year but this won’t even accommodate the largest class, the Scottish BMW Compact Cup. Event Director Stuart Gray said, “We are thrilled at the number entered across all the classes with the BMW’s showing an amazing growth in numbers since their introduction to Scotland only 2 seasons ago. We can qualify up to 40 cars here so everyone will get a run but the interesting thing will be that the racers at the back will be trying even harder than the ones at the front, just to get on the grid!” Leading the way are Steven Dailly from Wallyford who was last years runner up, Carol Brown from Alloa will be hoping to go for podiums and outright wins this year and Michael Courts from Lochgelly will be campaigning his Mission Motorsport backed car, a car purchased from last years champion Alan Kirkaldy.

In the Formula Fords, the quality of the grid in terms of new machinery is the most impressive for years. Eight cars are entered under the banner of Border Reivers / Graham Brunton Racing with Aberdeen’s Adam Mackay most likely to head their team honours. Adam will likely have a titanic battle on his hands with Banff’s Jordan Groncowski who has replaced his trusty Van Diemen with a much newer model and is already showing strong early pace.

Jordan said “We are currently preparing for the new season working flat-out to develop the new car to the circuit and my driving style. Although we fully expect a learning curve in order to extract the full potential from the car, my first impressions in pre-season testing have been positive and with the help of Medina Sport I am confident that over the course of the season we will be able to really unlock some good performances and results.

Testing has been very productive and we’re happy with the progress we’ve made in a relatively short time but until the first qualifying session of the year we really don’t know where we sit in the pecking-order”. Jordan is pictured here (seated) with his long time mechanic with their new charge for the season ahead. 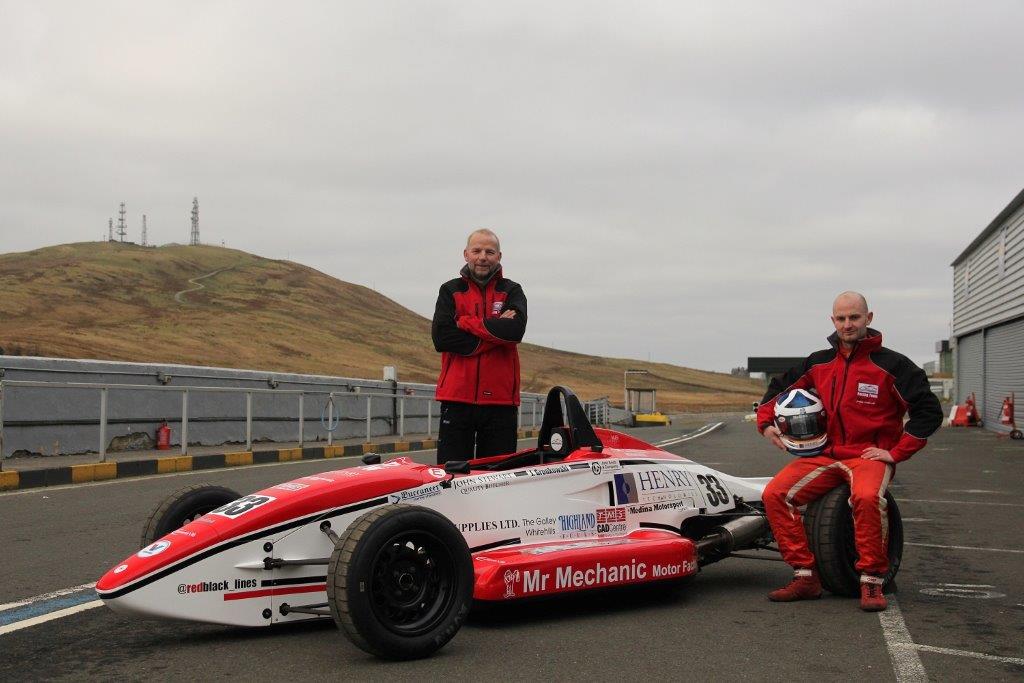 In the Sports and Saloons, an Ultima GTR of Allister McMillan is sure to make the ground rumble and heads turn as this thunderous beast is unleashed on the twists and turns of Knockhill. 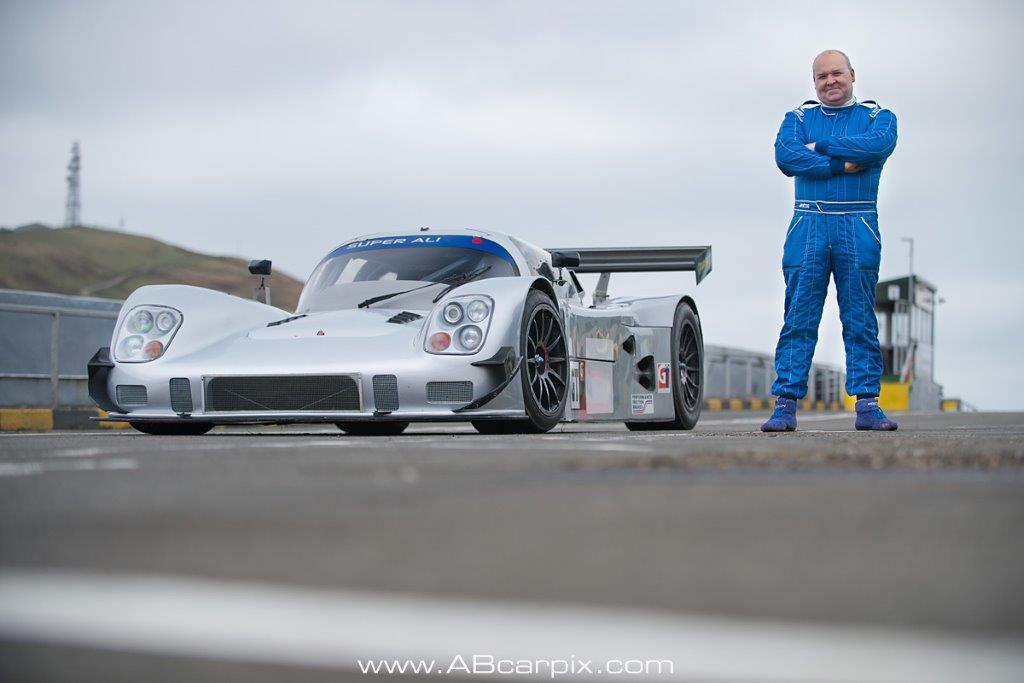 Admission is £13 at the gate on Sunday (free to Students and under 12s) with concessions £8 with discounted tickets available on www.knockhill.com. For further information, please contact Stuart Gray on 01383 723337 at Knockhill.