Today (Monday 23rd March), saw the launch of a new driver initiative that aims to provide young talented Scottish racers a route on to the International stage. Backed by Scottish racing legends Dario Franchitti and Allan McNish, alongside Ecurie Ecosse patron Hugh McCaig and John Clark of the John Clark Motor Group; with Knockhill based Graham Brunton Racing charged with running a two pronged attack on both the Scottish Formula Ford and Duo BRDC Formula 4 Championships in 2015. 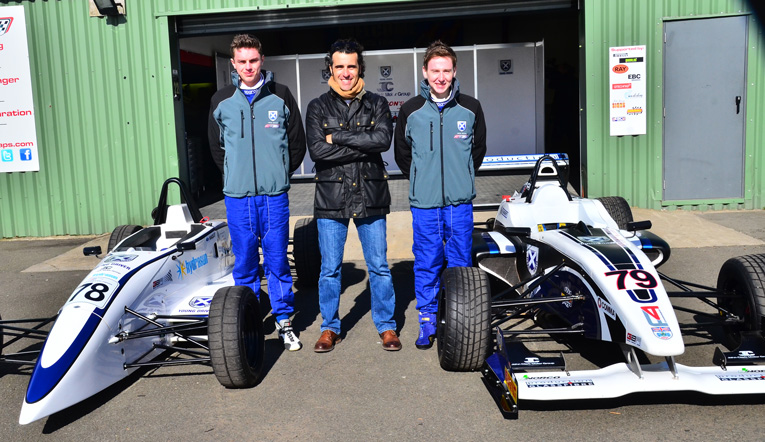 The Ecuire Ecosse team have a rich racing predigree, particularly in GT racing and are current holders of the British GT crown. They also have a long-standing tradition of promoting and nurturing some of Scotland’s most famous racing names, names that include Allan McNish, David Coulthard and Sir Jackie Stewart. The latest names to be added to the continuing Ecurie Ecosse success story are 18 year old Ciaran Haggerty and 17 year old Adam MacKay.

Haggerty comes into the fold following a strong 2014 season which saw the Johnstone youngster become the youngest ever Scottish Formula Ford 1600 Champion. Haggerty will make the step up into the 2015 Duo BRDC Formula 4 Championship, which runs alongside the British GT Championship at circuits throughout England including Silverstone, Brands Hatch and Snetterton.

Ciaran Haggerty said: “I’m honoured to be involved with an iconic Scottish team like Ecurie Ecosse. Dario and Ryan [Dalziel] have had such a significant impact on my career already so to have even more people behind me is fantastic.” 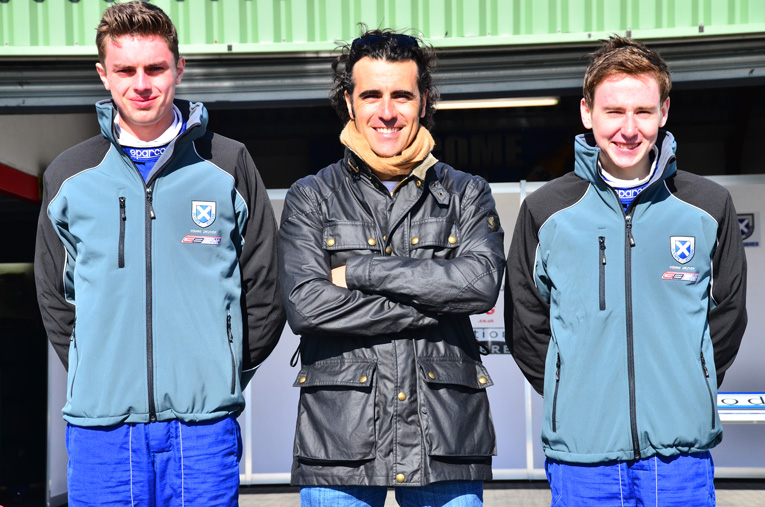 MacKay said: “It is a huge opportunity to be involved with such a big name in motorsport and with so much heritage behind it. I’m really excited to do them proud!”

IndyCar legend Dario Franchitti said: “It’s been some time since there’s been a platform for nurturing young Scottish drivers but we’re hoping to change that. The talent is out there – just look at Ciaran and Adam – but without government support it’s down to individuals to make the difference.”

Team principal of Ecurie Ecosse, Hugh McCaid added: “The concept behind the Young Driver Initiative isn’t just to offer up-and-coming Scottish racing drivers the opportunity to compete in a competitive race series under the Ecurie Ecosse name. Instead, we want to point them in the right direction by giving them guidance in all aspects of motorsport, such as fitness, nutrition and media. In this way, we really are going back to what David Leslie did with Dario, Allan and David [Coulthard] who went on to achieve so much in their careers.”

Both youngsters won’t have long to wait before venturing out on track in the famous Ecuire Ecosee livery. Haggerty makes his F4 debut at the bank holiday (4-6 April) meeting at Oulton Park – where the BRDC F4 series will co-headline the event alongside the British GT Championship. Whilst McKay, will make his competitive debut at the opening round of the Scottish Championship season, here at Knockhill on Sunday 5th April.

You can keep tabs on how both youngsters fair over the course of the season by checking out the Ecurie Ecosse website.