It’s hard to believe that almost a month has passed since we started the season with the opening round of the 2015 Scottish Championship car racing series. As we approach the weekend (Sunday 3rd May), competitors from up and down the country will be making their final preparations ahead of Round 2. 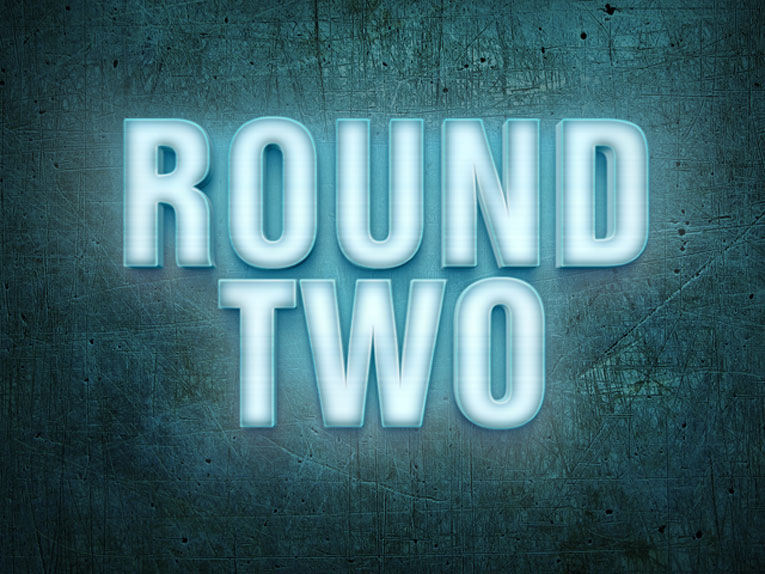 The opening round provided entertainment aplenty and some thrilling Championship battles look likely to resume this weekend. Perhaps two of the most eagerly anticipated battles will be that of the Mini Cooper Cup and Formula Ford competitors.

In the Celtic Speed Mini Cooper Cup, Oliver Mortimer (Edinburgh), Kenny Thirlwall (Haddington) and Joe Tanner (Dunfermline) will certainly provide plenty of incident and drama for assembled fans. The trio, have been racing wheel-to-wheel for 18 months now; and the margin between them is staggeringly close – Thirlwall, the reigning Champion, will be quietly confident that over the course of the season he can out-fox his Championship rivals – starting this weekend with three Mini races.

In the Scottish Formula Ford Championship, young Ecurie Ecosse driver Adam McKay (Aberdeen) made a blistering start to the season by claiming a brace of wins at the opening round. That said, McKay might just face stiffer competition this time out as the returning Jordan Gronkowski (Banff) and Neil MacLennan (Tore) plot a Championship challenge of their own. Elsewhere the Formula Ford class sees more than half the pack eligible for the Newcomers Championship – currently being led by the aforementioned MacLennan – who was the surprise package at the opening round scoring two debut podiums behind the wheel of his single-seat racer. 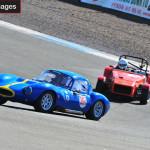 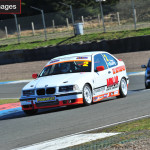 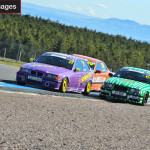 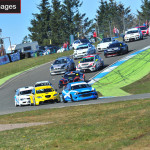 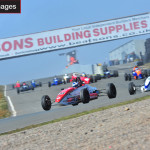 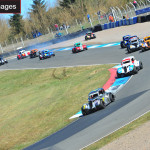 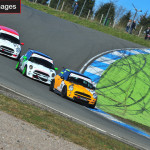 Elsewhere, Wallyford’s Steven Dailly heads a 31-strong Scottish BMW Compact Cup grid, and he’ll be keen to maintain his winning streak following a double victory at the 1st round. In the Classic Sports and Saloons Championship, Edniburgh’s Harry Simpson will be keen to clock up yet more Championship wins behind the wheel of his Ginetta G4, following two wins on day one. Wayne Macaualy (Forfar) and Jim Deans (Stonehaven) will also be keen to maintain their 100% records in the Fiesta ST and XR2 Championships respectively. Whilst, John Paterson (Motherwell) looks to replicate his incredible Legends Championship winning form that saw him take a hattrick of wins at the opening round – a feat that is seldom achieved in Legends racing.

A 17 race programme, as well as practice and qualifying sessions, kicks off from 8.30am onwards; with the first race of the day scheduled to start around 10.40am.  Tickets for the event can be pre-booked via the Knockhill website with advanced booking discounts available on all pre-bought tickets.

Tickets will also be available at the gate. Follow the link for timetable and entry list (see downloads and documents tab).