All three races went down to the wire with each winning margin being less than half a second.

Andy Priaulx grabbed the headlines in qualifying by taking pole position on his series return, although his season opener didn’t go entirely as hoped. Despite driving extremely well for the first half of the race, the performance in his soft tyres eventually fell away and the triple World Touring Car champion had to relinquish the lead to WSR team-mate Collard. 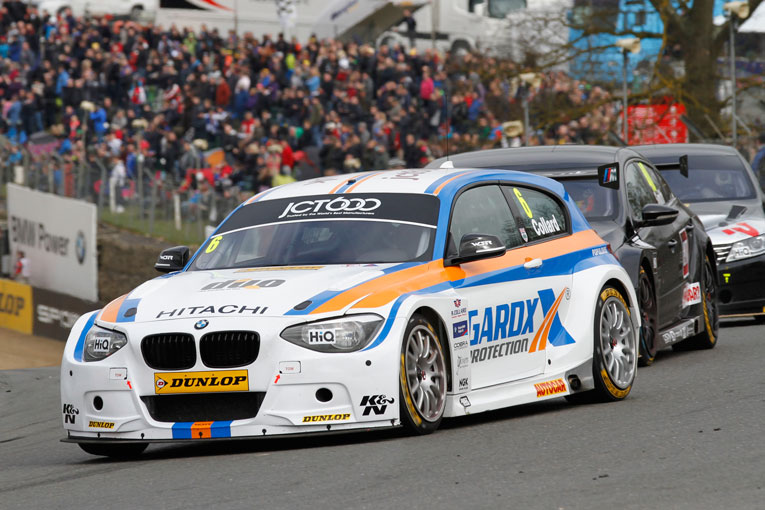 Experienced campaigner Collard produced his own faultless display, initially blasting from fifth on the grid up to second on the opening lap, before making his move for victory. 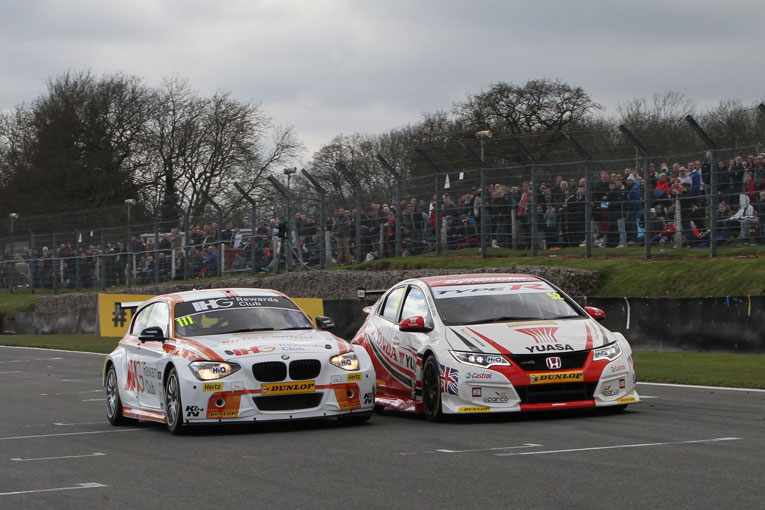 In the second race, it was two-time champion Plato who looked set for certain victory in race two before a late puncture put him in the gravel and out of contention. With the VW driver’s unfortunate challenge over, Priaulx set about attacking Shedden for what was now a fight for first. During a thrilling battle, there was contact aplenty and as the pair rounded the final bend and onto the home straight, it was neck and neck. Despite Priaulx’s fantastic efforts it was Shedden who held on to take one of the most enthralling and closest ever BTCC victories – winning by just 0.040s. 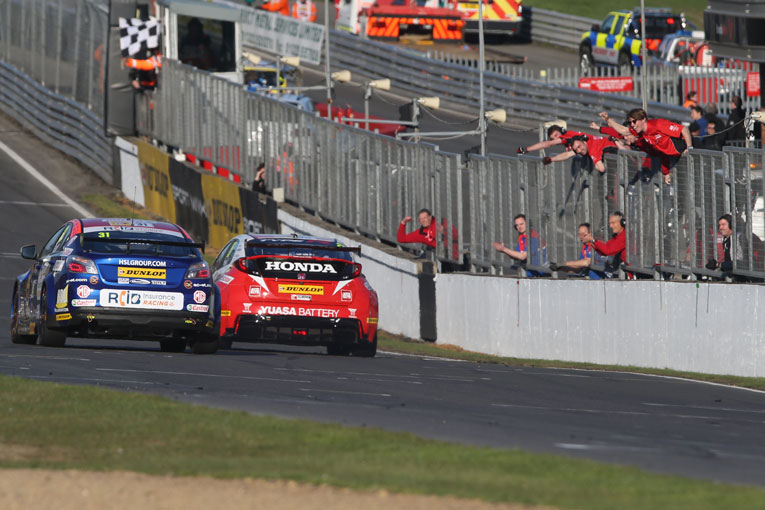 There was double delight for the Honda Yuasa Racing squad as Matt Neal secured victory in the day’s final race, despite Neal having to fend off the hard charging Jack Goff throughout – with the pair eventually crossing the finishing line a mere 0.196s apart.

As predicted in our blog after the season launch event at Donington Park, this season may well rank as one of the best ever, and with the way in which the opening round drama has unfolded – expect more of the same when the series returns to Knockhill on 22/23 August.

Check the BTCC.net website for all the reaction to the opening round!