Former World Rally Champion Hannu Mikkola and long time co-driver Arne Hertz are the latest stars to sign-up for next month’s McRae Rally Challenge. They won’t be alone. Sharing the spotlight will be a number of rare and exotic Audi quattro rally cars, the Group B machines that changed the sport in the 1980s for ever. 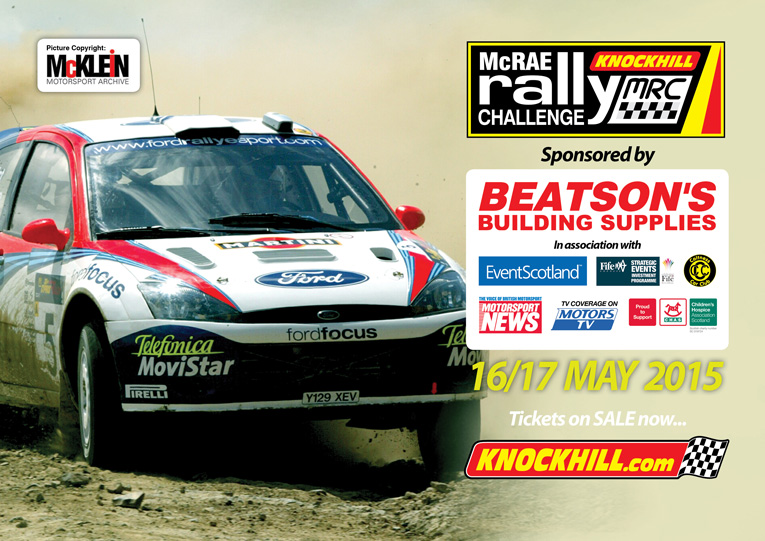 The ‘Flying Finns’ will be in attendance ‘with the four-wheel-drive ‘supercars’ that are part of the demonstrations and displays at the McRae Rally Challenge, supported by Beatsons’ Building Supplies and EventScotland, a special two-day rally event celebrating the 20th anniversary of Colin McRae’s World Rally Championship win.

Mikkola was active in international rallying between 1972-93 and two years after joining Audi, won the 1983 Driver’s World title achieving four wins and three second places in the revolutionary Audi quattro with Hertz. 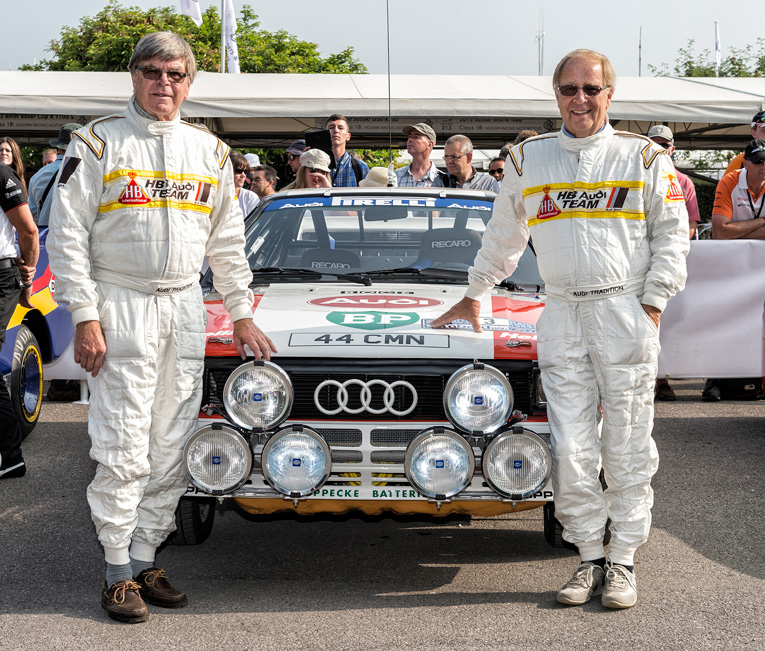 Mikkola was always a great favourite with the Scottish crowds, especially in the days when the week long annual RSAC Scottish Rally visited all points of the Scottish compass. Competitors trekked all across the country from the Great Glen forests in the north to Glentrool in the south, and from Drumtochty in the east to Knapdale in the west. In those days, the rally was as much a test of stamina and mechanical endurance, as skill and speed.

He first won the Scottish Rally in 1972, then again in 1978 and finally in 1980 in a Ford Escort Mk2, but it was his exploits in the four wheel drive turbocharged Audi quattro that sealed his popularity with some fervent Scottish fans changing his name to ‘McKkola’. He won the Scottish Rally a further twice in 1982 and 1984 in an Audi quattro – with Sweden’s Stig Blomqvist ruining his hat-trick in 1983 also at the wheel of an Audi Quattro!

Hannu commented: “It’s always nice to get back behind the wheel of an Audi quattro rally car and never fails to bring back special memories for me. Scotland has always been a favourite place of mine to rally in the UK, and I have been fortunate enough to do really well there too. It’s also great to support this event and celebrate a fantastic achievement in British motorsports and remember what Colin accomplished in the sport.”

Mikkola won the 1981 and ‘82 RAC Rallies, that also swept through Scotland, and claimed victory, with Phil Short, on the 1982 Scottish International Rally in an Audi A2 quattro. He missed out on the ‘world’ crown to fellow Audi driver Stig Blomqvist that year – the Swede also claiming the British Open Championship title in 1983.

Various derivatives of the Audi quattro were also victorious in Scotland in the hands of Blomqvist (1983), Malcolm Wilson (1985) and David Llewellin (1987).

Tickets for the event are available now!