Road racers featured heavily on the podium this weekend as the opening round of the Knockhill Motor Sports Club Championship took place at Knockhill. The event, also dovetailed as rounds 3 and 4 of the Scottish Championship.

First up (on Saturday), it was road-racing legend Keith Amor (Denny) who showed his fellow Superbike riders the way around the Knockhill track as he claimed a brace of victories aboard his Rig Deluge BMW S1000RR machine. Amor also set the fastest lap of the day by clocking the circuit at an average speed of 90.115mph to record a 50.614s lap, with Tim Hastings (Bonnybridge) the only other rider to dip into the 50 second bracket on the day. Hastings’ pace bagged him a double podium on his KMSC racing debut, whilst vastly experience circuit and road racer Donald MacFadyen (Inverness) claimed a brace of third place finishes. 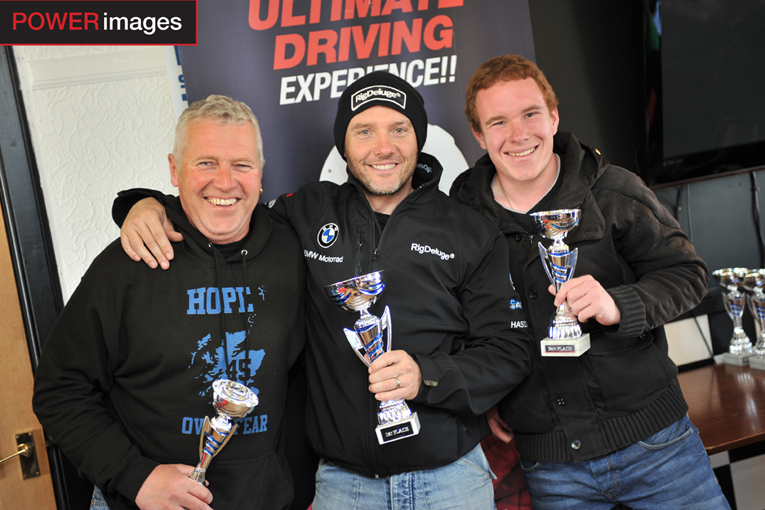 The three races on Sunday where dominated by a resurgent Bruce Birnie; as he blazed his way to three Superbike race victories aboard his BMW S1000RR – to be quite rightly dubbed the fastest Barber on 2-wheels by Amor who sat out Sunday’s racing as he prepares for a tilt at the International North West on 10th to 16th May. The remaining podiums were keenly contested between Niall Campbell (Glasgow), Andrew Tasker (Clackmannan) and Donald MacFadyen yet again. 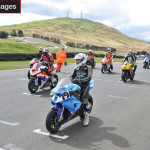 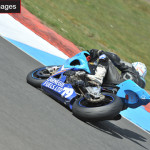 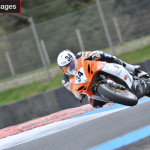 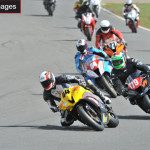 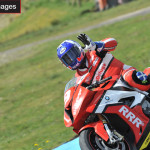 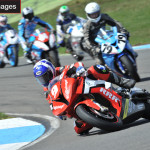 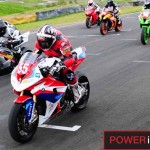 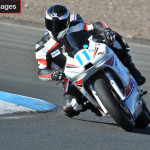 Likewise, Lightweight competitor Adrian Clark (Inverness) used this event to clock up some mileage aboard his Kawasaki ER6, that he aims to pilot at this year’s North West. Clark powered his way to five straight race wins, and admitted that this weekend had given him plenty of food-for-thought as he heads to one of the biggest road races on the 2015 calendar, alongside the Isle of Man TT. 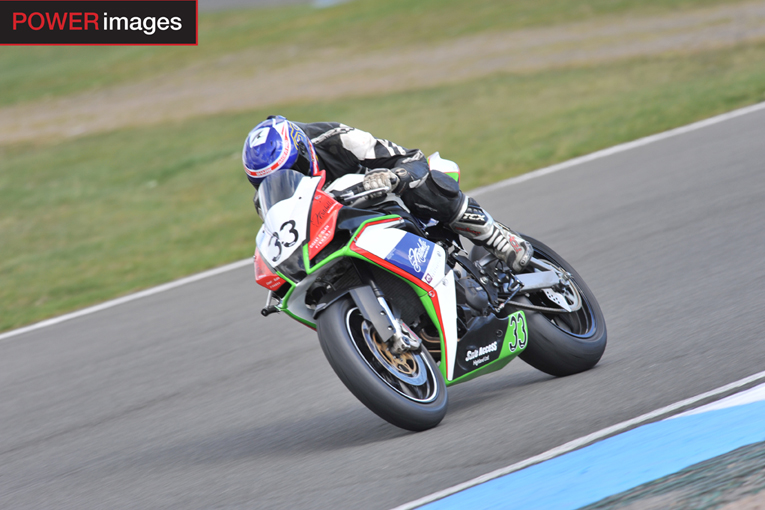 2014 Formula 400 Champion, Grant Reid (Forfar) got to grips with his new Mini Twin machine from the off, claiming three 2nd place finishes out of the five races. Reid though, had to fend off stiff competition from Joe Toner (Bonnybridge), Lee Nailer (Callendar) and Keith Dickie – who powered his way from the back of the Lightweight grid on the final outing to claim a 3rd place podium; which he later described as probably the drive of his life. Elsewhere, Post Classic Junior competitor John Andrucci claimed an on-the-road podium by claiming outright 3rd in the fourth encounter of the weekend. Andrucci even managed to set a new KMSC lap record for the Post Classic series on two separate occasions over the weekend. 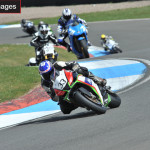 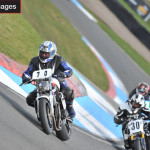 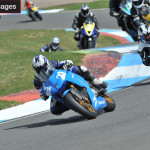 Arguably, the closest racing of the weekend came in the Skinner Motorcycles/Scottish Superstock 600 class. New kid on the block, Lewis Rollo (Gifford) stole the show on the opening day by blasting his way to two straight victories, before adding a third consecutive win in this morning’s opening bout. However, returning former Champion, Paul McClung (Haddington) eventually got to grips with his new Yahama R6 to take the final two race wins of the weekend. There were also podium successes for Kris Duncan (Turriff), Callum Grigor (Wishaw) and Liam Shellcock (Oban) – who gifted his trophies to the junior F125 competitors. 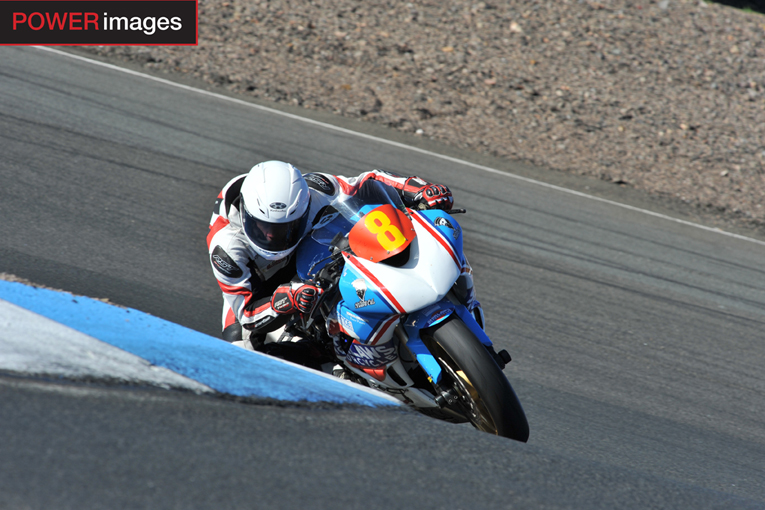 It’s been a while since the Superstock 600 series has had such strong competition, with six of the top ten riders all running consistently low lap times and a further two or three capable of matching the speed of the front runners. That, bodes well for a Superstock 600 season jam-packed full of exhilarating racing, with the battle between McClung and Rollo set to feature predominantly. 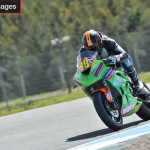 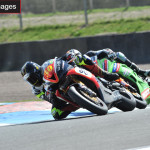 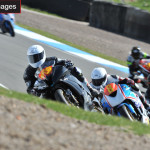 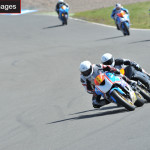 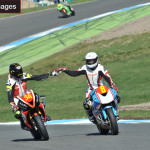 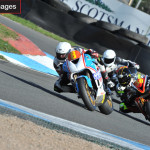 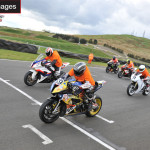 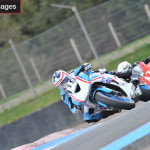 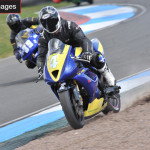 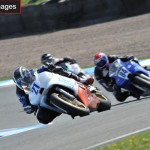 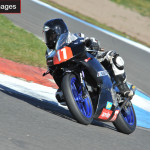 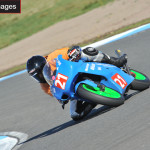 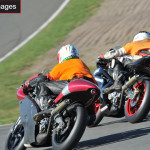 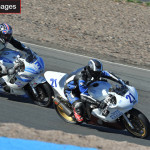 All race results can be found via MyLaps (search KMSC) or via Smart Timing.

“By all accounts it’s been a spectacular weekend of action; a great way to open the season. I’d like to thank everyone for coming; and of course the medics, marshals and officials; equally l’d like to thank all our KMSC sponsors for their continued support.

“As last year, all the KMSC action will be broadcast on MotorsTV, a few weeks after each event; and I’d encourage everyone to tune in. There will be some mighty impressive racing on show.”

The next KMSC event takes place at Knockhill on 6/7 June and will feature Scottish Sidecar racing for the first of two visits this season.

Additionally, all the images from this weekend’s action can be found via the Power-Images website.

Hope to see you all next time – the KMSC Team.