The latest motor sports star to sign up for the McRae Rally Challenge at Knockhill has never contested a rally in his life! He also claims never to have driven a ‘proper’ rally car, but he does have one rather important credential. He won the British Touring Car Championship motor racing crown in 2012. 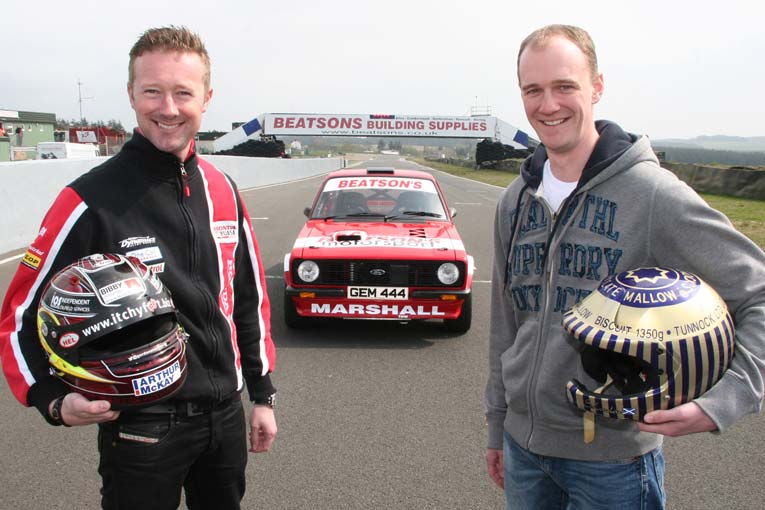 ‘Flash Gordon’ Shedden is one of the UK’s most popular and successful motor racing drivers and has been ‘talked into’ entering this unique event next month. Supported by Beatsons’ Building Supplies and EventScotland, this special two-day ‘McRae Rally Challenge’ event celebrating the 20th anniversary of Colin McRae’s World Rally Championship win has attracted world-wide interest.

The nickname ‘Flash’ comes from his weekend job, scorching round Britain’s top race tracks at the wheel of his Team Yuasa Honda Civic Type R in the televised, gladiatorial mayhem that is Britain’s top motor racing series – The MSA British Touring Car Championship. But during the week, life is conducted at a much slower pace as Head of Corporate Sales and Business Development at Scotland’s National Motor Sport Centre. 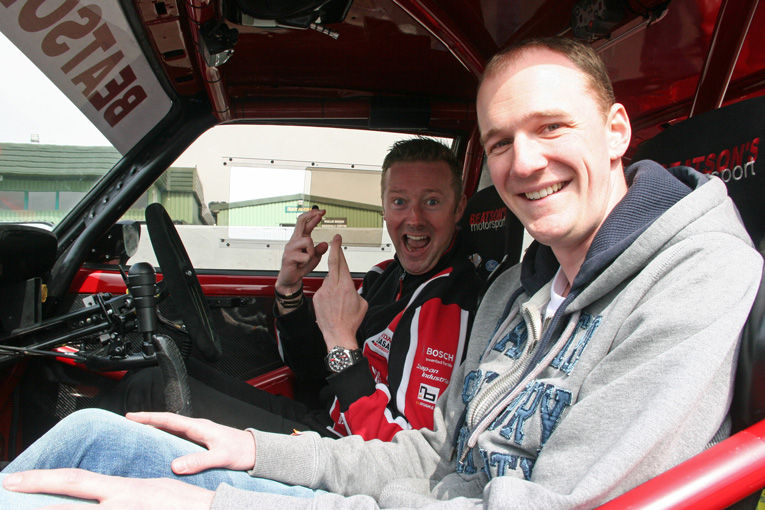 Gordon is not anticipating a career change any time soon, but he said: “If ever I was going to do a rally, this is the one. This will be an iconic event for motor sports fans and it will be quite a challenge for me. I wouldn’t trust myself on a proper forest rally event – there are too many trees!”

Joining Gordon on his rallying debut will be World Rally Championship co-driver Stuart Louden. The Uddingston based co-driver who crews with rising Irish star driver Keith Cronin takes such challenges in his stride: “I’ve been in scarier positions with worse drivers,” he quipped, “Gordon knows where he’s going so that will help me out!”

Gordon added: “Stuart’s just coming along to take selfies,” but when pushed, he responded: “We’re here mainly to have fun, we won’t be going out to win anything,” but there was a glint in his eye when he said it. When did you ever hear a racing driver say he wasn’t going out to win?

Tickets for the event can be pre-booked via the Knockhill website; with weekend camping, special exhibits, parades and host of other activities – the McRae Rally Challenge sponsored by Beatson’s Buliding Supplies is shaping up to be an absolute must for any motor sport enthusiast.