It was entirely fitting that Alister McRae should take the victor’s spoils for the first ever ‘McRae Rally Challenge’ at Knockhill, but Kris Meeke stole the hearts. The World Rally star took time out of a hectic World Championship schedule to drop in on this special event and it as just as emotional for him to drive Colin McRae’s former Citroen Xsara works rally car as it was for the crowd of rally fans to see him in it.

“It’s been a very special weekend. Number one, it was great to remember and commemorate Colin, and the 20th anniversary of his title. So many people turned out. And, I have to say a huge thank-you to Citroen Racing for supplying Colin’s Xsara WRC; what a mega, mega car to drive,” said Meeke who now heads off to the Rally of Portugal on the 21st to 24th May – we obviously wish Kris the best of luck and hope he makes it two WRC wins on the spin… pretty much like his driving this weekend. 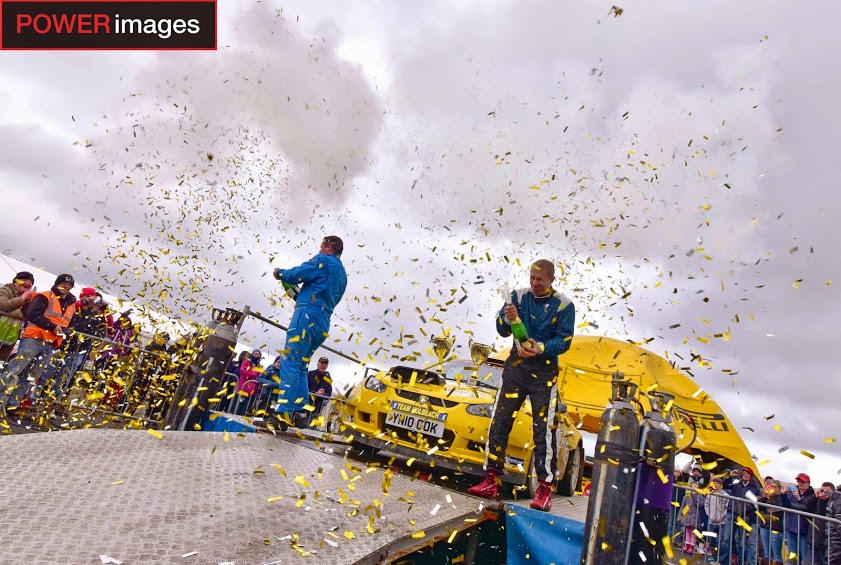 There were miles of smiles at the end of the two day event held at the Fife based motor racing complex to commemorate the 20th anniversary of Colin McRae and Derek Ringer’s World Rally Championship title victory, the first ever for a UK crew. Supported by Beatsons’ Building Supplies and EventScotland the event provided a fitting tribute, much appreciated by the thousands of fans who poured into the Fife facility over two days. 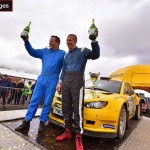 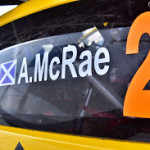 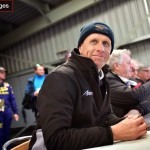 This was an event where memories were re-visited and new memories made and so it was quite appropriate that Alistair McRae won the event outright from Lancastrian rising star Aaron Newby.

Going into the final stage, McRae had a 9 second lead over Newby. “I did get one fright,” said Alister, “we came over a brow in the rain and the car stepped out at the back dragging me off the road into the mud, but I spotted a gap in the trees, went through that, and popped back out on to the stage.”

As for Newby: “I’m just pleased to have finished. Competing in this event amongst all these names and these cars was just awesome. To come away with second place was more than I could have hoped for.” 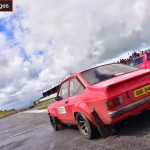 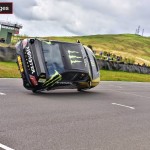 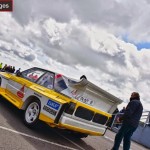 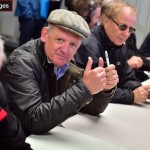 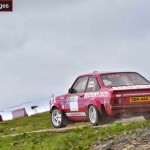 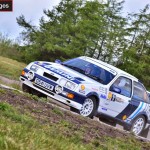 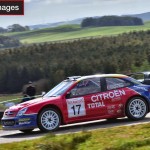 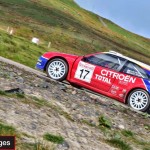 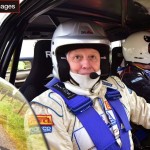 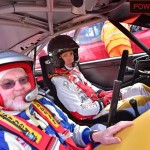 On son Alister’s win, Jimmy McRae a Champion Rally driver in his own right commented:

“He had to win, otherwise l’d have kicked his a**e.

“It’s been a fantastic event though, we are all really overwhelmed by the lengths that people have gone to to be part of this event; and also, by the number of fans who turned up over the course of the weekend.”

“It’s been a fabulous tribute to Colin and I was just saying on the way here today, that it is staggering the amount of people’s lives that Colin has touched.”

There was also another performance worthy of a special mention. Amongst the additional attractions was stunt driver Terry Grant who completed a full lap of the undulating, 1.3 mile hillside circuit on two wheels in his Mitsubishi Lancer.

2012 British Touring Car Champion Gordon Shedden, who scored a 9th place finish overall on his first-ever Rally, had eluded to a special atmosphere gathering at the circuit on Friday evening. And what followed over the course of the two days was an event full of warmth and appreciation for one of Scotland’s most famous sons.

We’ll conclude with a simple phrase that seems to sum up the spirit in-which the event was held… one that a few of you may have heard once or twice:

May 17, 2015
Events Blog No comments Events
← Alister McRae and Kris Meeke win at Knockhill Super Lap Scotland back for Rounds 2 & 3 this weekend! →