Huge crowds greeted the appearance of Argentine Rally winner Kris Meeke this morning when drove out on to the Knockhill track in Colin McRae’s 2003 Citroen Xsara World Rally Car. For the Citroen DS World Rally Team driver, it was a very emotional moment. When he won Rally Argentina just two weeks ago he dedicated his first World series victory to the 1995 World Champion, Colin McRae. 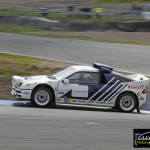 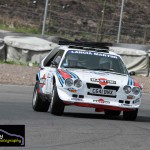 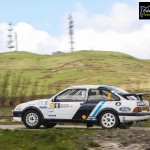 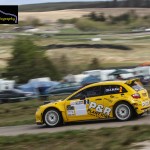 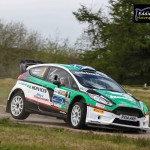 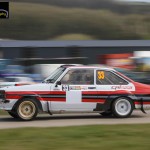 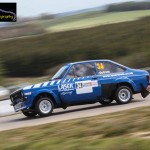 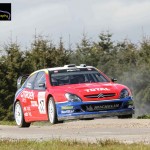 Meeke is appearing in this weekend’s ‘McRae Rally Challenge’ tribute to McRae to commemorate the 20th anniversary of the UK’s first ever World Rally title which he won for Subaru in 1995.

The two day McRae Rally Challenge which is being supported by Beatsons’ Building Supplies and EventScotland concludes tomorrow and more fans are expected for the conclusion of the event.

The Rally Challenge today consisted of 5 Special Stages using the Knockhill track and rally stage with 5 more stages tomorrow (Sunday 17th May) plus other exhibits, displays and demonstrations.

Leading after this first half of the Rally Challenge is Colin’s brother Alister McRae driving a Proton Satria car similar to the won in which he won the FIA Asia Pacific Rally Championship four years ago.

He has a 6 second advantage over 5 times Scottish Rally Champion David Bogie in his Ford Fiesta R5. In third place is rising Cumbrian star, Aaron Newby in a Subaru Impreza. 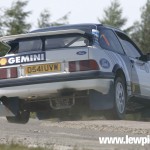 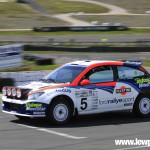 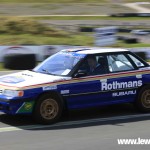 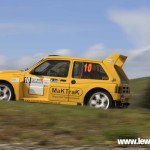 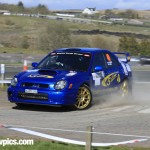 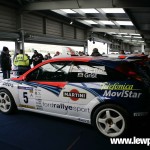 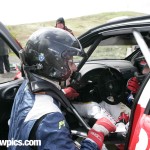 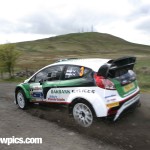 McRae said: “It’s so good to see so many people here in such a variety of cars for this very special event, but the main thing is the spectators. Even during that heavy rain and hail shower they were standing out there cheering us on.”

David Bogie was equally complimentary about the event and the crowd: “This is just such good fun. It’s not so much about the competition, it’s just about being here and taking part.”

The weather today was mostly sunny with just one heavy, squally shower which quickly passed over, but it made the dry stage surfaces wet and slippery and just added to the spectators entertainment!

The rally re-starts tomorrow at 9:00 am, and intending spectators can pay at the gate.

Leaderboard after 5 (of 10) Special Stages:

Tickets for the remaining day (Sunday 17th May) can be booked online via the Knockhill.com website.