A sizable crowd came to Knockhill today (Sunday 24th May) to watch the third round of the Super Lap Scotland Championship and an eclectic mix of other motorsport activity including Hot Hatch trackday sessions, drifting demonstrations and some drag racing. Additionally, hundreds of Japanese car owners’ came to the circuit to showcase a whole host of machinery from the likes of Honda, Mazda, Subaru and Mitsubishi; with the Nissan GTR model taking centre stage – as the Nissan brand celebrates 45 years of the iconic model. 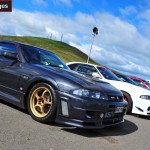 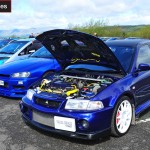 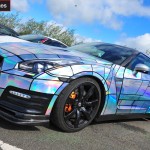 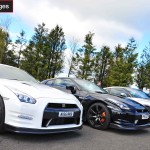 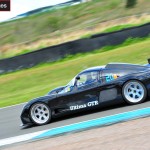 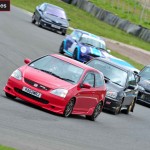 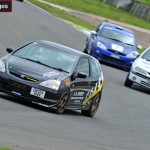 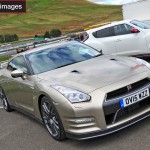 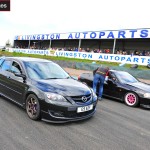 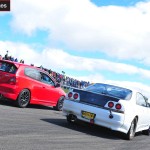 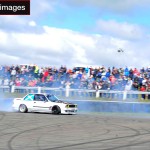 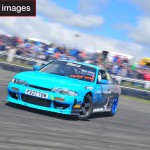 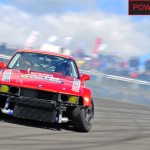 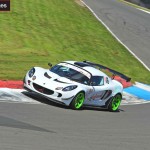 The weekend actually saw a double header for SLS competitors with Round 2 taking place on Saturday 23rd May; with the day also acting as an open day to allow people to get a feel for what SLS is all about. And those that took up the offer, would have gleefully lapped up the action as 41 SLS competitors – in a plethora of different vehicles – embarked on their own personal pursuit of lapping the Knockhill Circuit in the fastest possible time.

Predictably, the Pro class competitors stole the show with a number of super-fast laps. However, the class structure in SLS gives everyone competing a fair chance at securing the overall title at the end of the year. Consistency, speed and mechanical endurance are the name of the game. Andy Forrest (Pro  – Subaru Impreza Type RA) suffered mechanical failure at the opening round of the season; which made him particularly focused this weekend. Indeed, Forrest clocked the circuit regularly in the 51 second bracket, almost 3 seconds quicker than any other competitor, ending the final-lap shoot out with a 51.745 second lap. David Brown (B), making his SLS debut piloted his Automek Lotus Elise to second spot on the timing sheets with a 54.378 second effort; whilst, Andy Napier (Pro) – from title sponsor RA Motorsport Developments – drove the Jason Ogg Subaru Impreza (aka the Hulk) to a fine third place overall.

As the dust settled on day 1, the overall Championship saw class D competitor Steven Warman in his Mitsubishi Evo 5RS road car lead the overall standings. Incredible, especially when you consider some of the machinery competing in the pro class – each one outputting upwards of 400-to-1000 bhp. 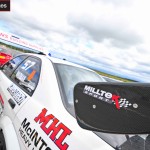 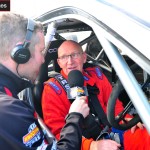 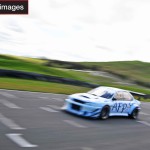 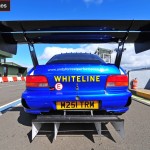 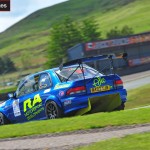 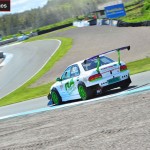 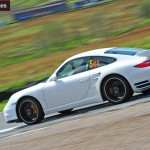 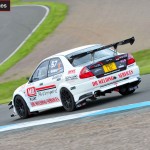 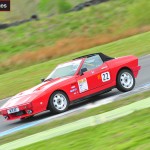 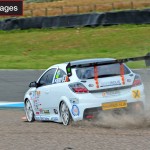 Day 2 would ultimately herald the same result with Forrest posting the quickest time of the day, a 50.860 second lap in the final; with Napier finishing second and Brown taking third. Indeed, Forrest had gone quicker earlier in the day when he posted a 50.498 second effort during the qualification sessions; but was still unable to find that elusive sub-50 second lap that everyone is waiting to see. The car is more than capable, it’s just a case of hooking all the individual elements together – easier said than done when the pressure of competition is weighing heavy on the mind.

However, despite Forrest’s double-whammy; tonight it will still be Steve Warman who leads the overall King-Of-Knockhill Championship – in the same car that he drives to work, does the shopping in and uses on a daily basis – courtesy of his two class D victories this weekend.

The next rounds takes place on Saturday 25th and Sunday 26th July. The event will also see the return of Gobstopper2, the British Sprint Championship and see Knockhill host its very first Gymkhana event. Tickets are available online now – see Knockhill.com for details.

A final thanks also to our enthusiastic sponsors – who not only compete, but attend the event as a valued and integral part of the paddock. You may have spoken to them this weekend, their knowledge, expertise and willingness to help is second-to-none – RA Motorsport Developments (title), Turbosmart, AET Turbos, Whiteline, Clark Motorsport, Xtreme Performance Clutch and Samsonas.

Check out the Power-Images website for all the pics from today and check MyLaps for detailed timings and results.

Also, make sure you like our SLS facebook – for all the reaction and news from this weekend’s events, and check out the official SLS website for Championship standings, driver profiles and how to get involved.