Bennetts Suzuki pairing Christian Iddon and Josh Waters spent some time with us earlier this month, testing their Halsall Racing Suzuki GSX-R1000 Superbikes, ahead of the MCE British Superbike Championship in association with Pirelli event on 3/4/5 July; and for Iddon it was some welcome track time, as he tries to get back up to speed on the bike, after suffering a broken leg at the start of the season. 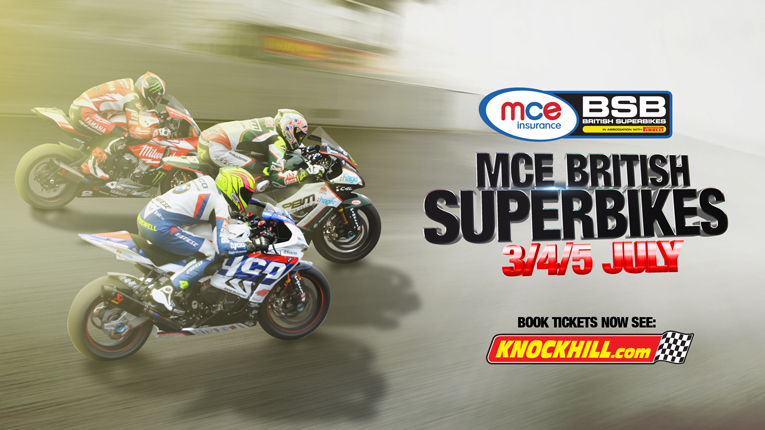 “We’ve been a bit on the back foot from the last race as I broke my leg in round 2, we’ve not lost our way, but we’ve struggled a bit to get the set up right.  We’re not just working on set up for Knockhill, we’re doing a few things overall with the bike as a package, and perhaps this afternoon we’ll look at some things more Knockhill specific,” said Iddon; who returns the BSB scene following a couple of years on the World Superbike stage.

“I come from an off–road background and I really tracks like Knockhill –it throws up some different challenges. That’s the good thing about BSB, you ride on such different tracks. I spent a couple of years in WSB and the tracks are very similar, just far apart in different countries, but still very similar. With BSB we do so many different tracks from Silverstone to Knockhill, as a rider and a team it’s a very challenging series. 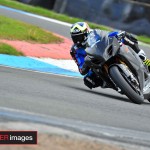 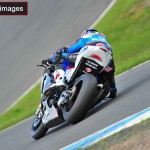 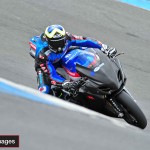 “My aim for Knockhill his to on the podium, we started the season well and may well have been on for a win in the opening round if circumstances went our way. You know, I like the track and the bike is getting there, so that’s the hope,” concluded Iddon.

And Team Manager, Jack Valentine reiterated those aims when we spoke to him in the Knockhill paddock;

“Our goal is to push and be consistently top 6 and get at least 1 rider in show down – It’s still achievable, given some of the issues we’ve faced this season. Martin Halsall, our Team Principle, came to me and said he wanted to move forward in the Championship, so basically, the team underwent a rebirth in December.

“We have 2 good riders this year. Josh comes with a lot of experience from Suzuki, like myself; and Christian is getting back in to British Superbikes after 2 years at World level. Christian’s not 100% yet, but l’m dead-keen to see what he can do when he is 100% fit; still, he’s had some pretty good results so far.

“We’re also looking to next year and beyond. We were lucky to get Bennett’s on board as a title sponsor – and for next year too – and this is very much a progressive year.  Our main goal is to get at least one rider in the show down, if we do that, I’ll be over the moon,” said Valentine. 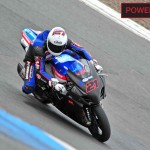 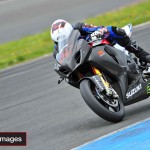 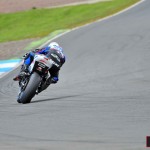 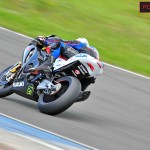 Australian Josh Waters comes with numerous years experience riding Suzuki machinery at both BSB and World Endurance level, and the former Australian Superbike Champion is looking to add to the brace of wins he took riding for the Tyco Suzuki team in 2014.

“It hasn’t been that easy for Bennetts Suzuki so far this season, but we’re up here with nice weather to sort out a few problems that have been holding us back. When we come back for real on 3/4/5 July I’d like to be in the top 10 but this year the BSB Championship is for sure the toughest ever.  It will be great for fans to come and watch, there will be a lot of great riders to see,” said Waters.

We asked him what was the secret to posting a quick lap of the Knockhill track and the laid-back Ozzie replied, “I think it’s just about not rushing a lot of it, it’s a tight circuit and great for testing.”

The Benetts Suzuki squad will arrive at Knockhill from Wednesday onwards, with paddock setup and race prep dominating the team’s schedule before the first MCE British Superbike practice session on Friday at 10.30am. Hopefully, the testing the team has undertaken at Knockhill will stand them in good stead when the real action commences.

As Josh said, the MCE British Superbike field is perhaps the strongest it’s ever been with former Champions, WSB and MotoGP riders throughout the grid. Make sure you book your tickets for what will be Scotland’s biggest bike racing festival of 2015 – with guaranteed action all-the-way.

Check out our event webpage for all the latest news, features and timings as we head into the weekend’s action.

Tickets can be booked online via the Knockhill website (subject to advanced booking discounts). Alternatively, tickets can be purchased at the gate on each event day.

Hope to see you this weekend – Book here!