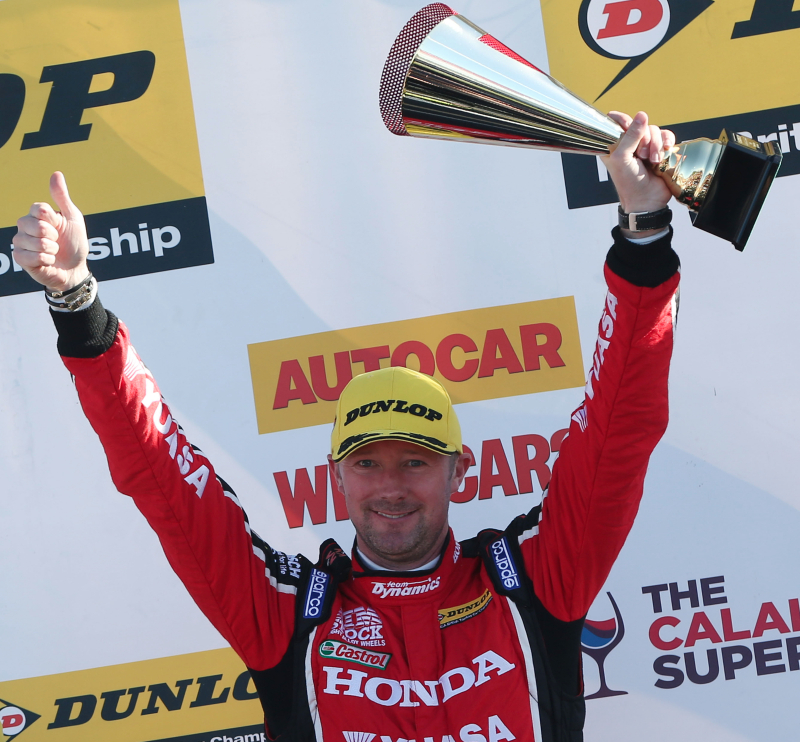 Our own Gordon “Flash” Shedden took a ten-point lead into the mid-season break in the Dunlop MSA British Touring Car Championship after tallying his 100th podium finish in the series at Croft.

After earning fourth place in race one behind the wheel of his Honda Yuasa Racing Civic Type R, the Flash claimed fifth in race two and third in race three – leading until lap 11, when his soft tyres began to fade and contact from Rob Collard unsettled his car and demoted him to second. Shedden also conceded ground to Andy Priaulx, but his seventh rostrum finish of the season nonetheless sees him enter the six-week pause ensconced atop the title table.

“I’m delighted,” enthused Shedden. “It’s so competitive that you are not going to win everywhere, but points make prizes and we scored three very solid results here on what we knew was going to be a tough weekend around a predominantly rear-wheel-drive circuit.

“We’ve got the Civic Type R on the podium now at every track this year, and we certainly put up a good fight in race three! I had a fantastic battle with Andy – he’s a world-class driver and we gave each other enough room. The car felt brilliant and perfectly hooked-up, although it was always going to be a tall order to hang in there on the soft tyres; I was thinking, ‘please just last a little longer!’

Everyone at Knockhill says “Well done Flash on this landmark achievement of 100 podiums in the BTCC” said Stuart Gray – Director of Events. Tickets to see Flash in action in August at Knockhill are on sale now via www.knockhill.com