The unique injured Serviceman’s motorcycle race team, True Heroes Racing, aim to inspire a whole new audience when they venture north of the border for the first time to the Scottish race circuit at Knockhill for the next round of the Ducati TriOptions Cup.  The British Superbike Championships travel to the picturesque circuit of Knockhill over the weekend of 3rd to 5th July and this round will mark the return of the Ducati TriOptions Cup, after a break of 6 weeks since the championships last outing supporting the World Superbike Championships at Donington Park. 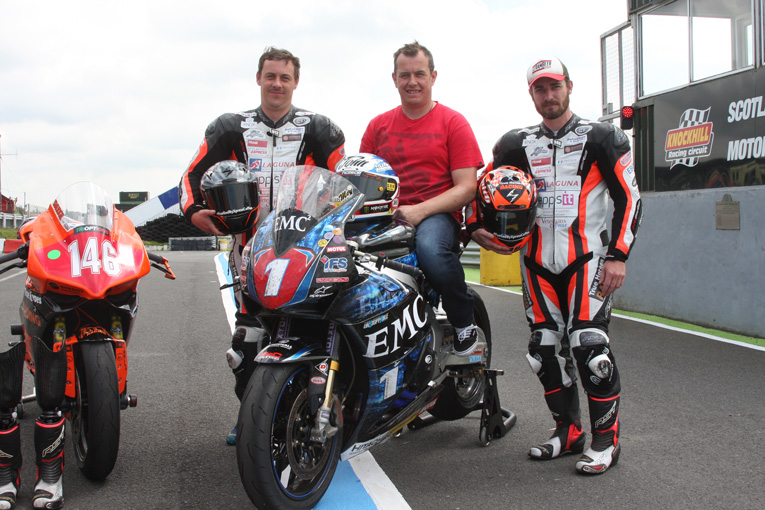 Phil Spencer, Team Manager, said; “The whole team is looking forward to the trip to Scotland.  Since forming we’ve enjoyed strong support from the biker community north of the border, and it will be great to take the team to Knockhill for the first time and hopefully meet some of them in person.  It also gives us a great opportunity to meet a whole new audience and increase awareness of what True Heroes Racing is achieving.”

Timing of the Knockhill BSB round is especially pertinent to True Heroes Racing, as it is just a week after the 2015 national Armed Forces Day, which takes place on 27th June.  The team are hoping for a strong weekend at Knockhill after all 3 riders have tested at the circuit on their distinctive orange and black, Laguna Motorcycles supplied, Ducati 899 Panigales in the run up to the BSB weekend.  Members of the team were even joined at one of their test days for a few laps by returning IOM TT legend and 2015 Senior TT winner, John McGuinnness.

Double amputee rider, Murray Hambro, added; “I’m looking forward to the challenge of racing at the short, undulating circuit at Knockhill.  I tested there for the first time recently and am really grateful to Scottish pairing of Ducati ambassador, Niall McKenzie, and TriOptions Cup defending Champion, Dennis Hobbs, for all their advice and mentoring on the day.  I’m also looking forward to getting back amongst the BSB paddock, having missed out on the last round when my wife gave birth to our second son the day before.  I was overwhelmed by the messages of support that were posted by BSB fans when we announced the news.  Since our lasting outing the team has enjoyed a relaxed period with a bit of testing and some promotional events, but mainly time at home, which has been great for me with a new baby in the house.”