The result wasn’t really in question – a BMW on pole at Knockhill – was it? Well, if it wasn’t, that certainly wasn’t the plan for the rest of the BTCC field as a dramatic qualification session at Knockhill came down to a final five-minute shootout before the West Surrey Racing BMW of Andy Priaulx sealed pole. 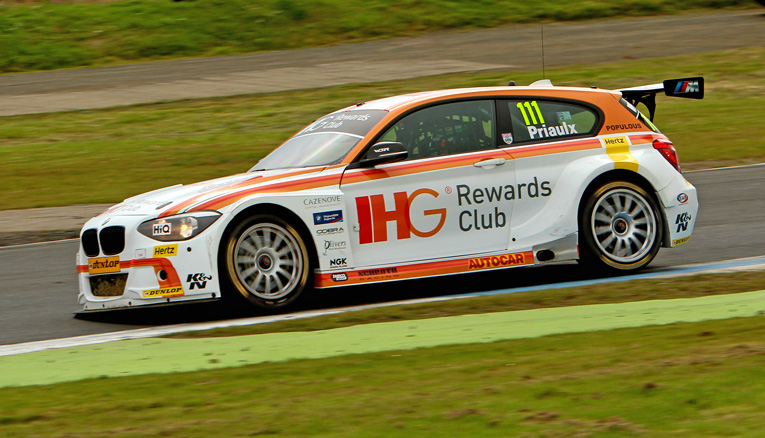 Motorbase’s Mat Jackson had valiantly held pole for the majority of the session following a time sheet topping lap of 51.8 seconds, with 21 minutes remaining in the session. Indeed, Jackson even managed to further-improve his time with only 11 minutes left to 51.659s (quicker than the pole setting time), however the lap was disqualified for a breach of track limits; and judging by the action on TV and the photos we’ve seen, policing the limits of the 1.27 mile was certainly a thankless task for BTCC officials as lap after lap, BTCC racers lept into the air off the unforgiving Knockhill kerbs as they searched for that extra 10th of a second to give them the advantage in an incredibly close qualifying session. 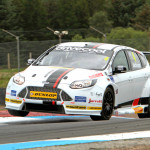 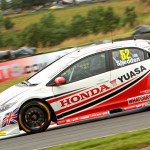 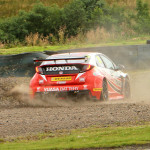 Honda Yuasa Racing’s Gordon Shedden had looked menacing throughout the opening practice sessions – finishing fastest in both, and with only five minutes left on the clock, he looked to be on a flying lap, only for his team-mate Matt Neal, further up the track, to have an off-track excursion at Duffus Dip that brought out the red flag. As all the cars trundled back towards pit lane, with Jackson still holding pole, you had an inkling that the drama was far from over.

So, with five minutes on the clock, the track action resumed with Shedden immediately posting his fastest time of the session to move into third. Then, pole man from 2014, Sam Tordoff snatched pole from the Motorbase squad and Mat Jackson by the slenderest of margins, just 0.152s (51.823s). Then West Surrey Racing stable-mate Rob Collard made his charge up the time sheets, to displace Gordon Shedden from 4th into 5th position; and then, with barely 2 minutes left on the clock, Prixaulx set a new Knockhill qualification lap record (51.671s) to eclipse Colin Turkington’s 2014 effort of 51.705s to take pole. There was still enough time for Jackson to improve his previous time to secure third, whilst a late 51.979 effort from Rob Austin gave him a 6th place grid slot for the first BTCC race on Sunday 23rd August – scheduled to start at 11.45am. 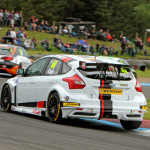 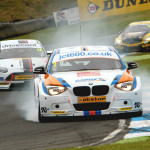 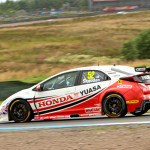 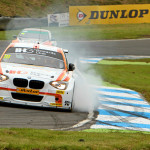 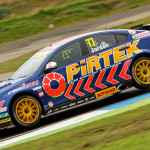 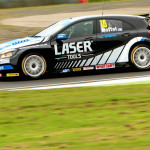 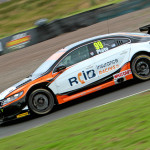 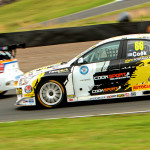 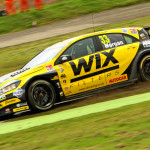 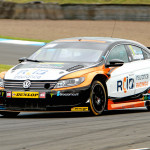 In the end, there was only a one second gap between pole man Andy Priaulx and 24th place finisher Derek Palmer. Surprisingly, championship leader Jason Plato finished the session just two places ahead of the Paras racing man in 22nd place – not an ideal situation for a team hoping to be challenging at the front. Colin Turkington faired slightly better in his Volkswagon CC, ending the session inside the top ten in 9th place, with Aron Smith 14th and Warren Scott 17th. 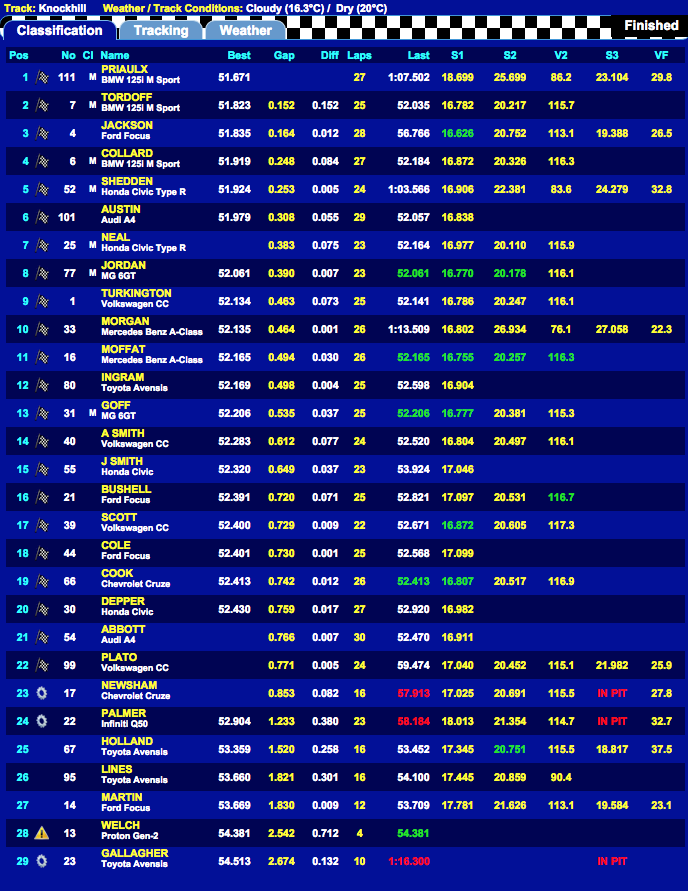 “The last time I had a pole here was 14 years ago, but I do love the place. That was a really tough session, with the changeable conditions and stoppages. Heading into the weekend, we knew we hand a strong chance, given past form; but you can’t be too sure how things pan out.

“I did a bit of training a month or so ago around Knockhill, but competition driving is completely different; so the first few sessions were just about re-learning the track for me. I knew with so little time left, I just had to wait for the right moment to squeeze a fast lap in and thankfully it all came together at the perfect moment,” said the three-time World Touring Car Champion, Andy Priaulx. 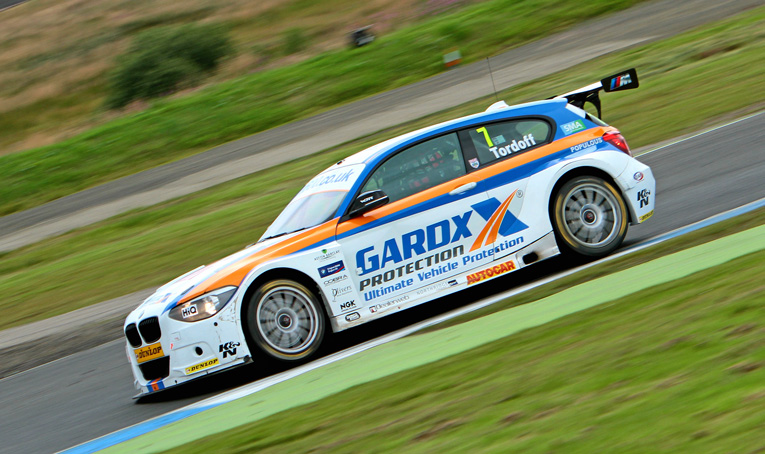 Joining Priaulx on the front row for tomorrow’s opening race is WSR team-mate Sam Tordoff who had this to say to BTCC radio:

“Really happy with that, especially considering I was in the fence on lap 3. To recover from that and be P2, it feels like a win to me. The car is very different to anything I’ve ever driven around here; I’ve never really enjoyed Knockhill, but it just goes to show what a change in machinery can do for you.”

With wall-to-wall sunshine forecast for tomorrow’s raceday, and the BTCC grid perfectly poised to deliver three sensational BTCC races and a fistful of drama, make sure you cancel any plans you have for tomorrow and head to Knockhill. You can purchase tickets for tomorrow’s raceday from the Knockhill website until midnight tonight, subject to pre-booking discounts and box office collection. Alternatively, tickets will also be available on the gate throughout the day.

Hope to see you all tomorrow – remember to get here bight and early to avoid missing the first BTCC race at 11.45am. Gates will be open from 7am.

Book tickets here – and thanks to Dan Jess for the pics