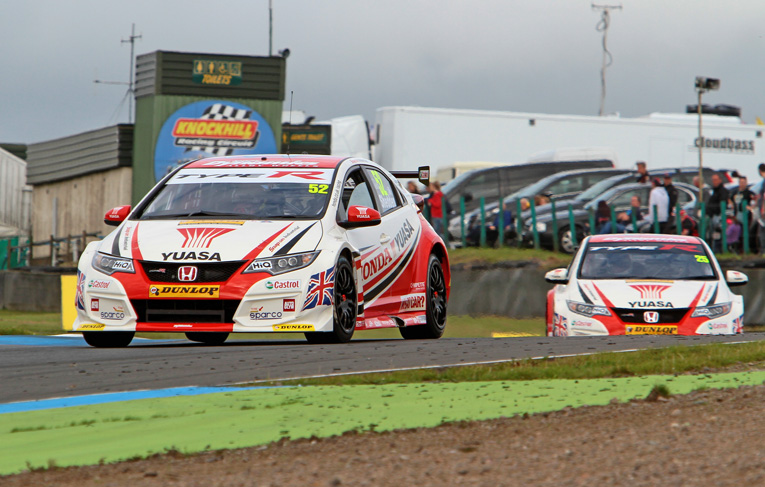 Pole position man from 2014, Sam Tordoff posted the first significant time of the session – dipping under Andrew Jordan’s current race lap record time (52.888s) with a 52.882 second lap. However, Mat Jackson, race winner from last year, then went fastest (52.411s) and remained there for the majority of the session.

It took Honda Yuasa Racing 25 minutes to register a top ten time, with Shedden posting a 52.679 second effort; immediately followed by 52.413s lap to jump to 2nd on the timesheets ahead of Jordan, Priaulx and Collard. And, it wouldn’t be long before the Scotsman hit the front, circulating his home track at an average speed of 87.26 mph to clock a session winning time of 52.267s. 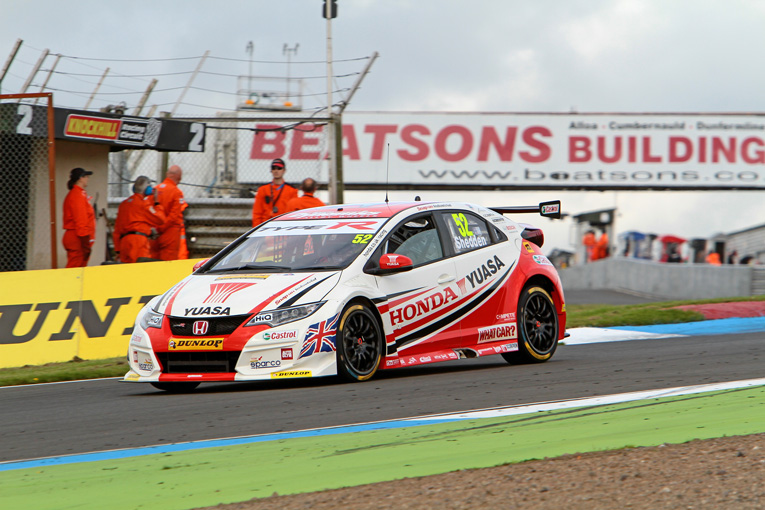 “You need a bit of time to dial the car in around here and that’s the worst possible start for us. The car will be fine for FP2 but that really puts us on the back foot. We’ll now need to re-work our development schedule and try to focus on the points we think will make the most difference,” said Newsham, speaking to BTCC radio post-session. 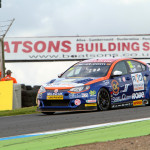 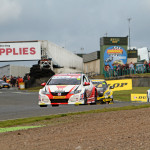 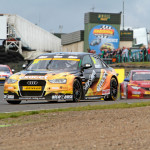 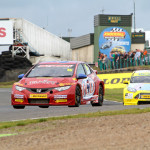 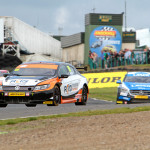 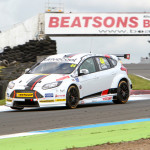 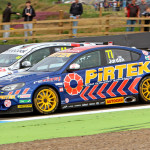 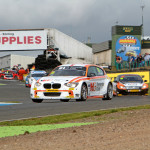 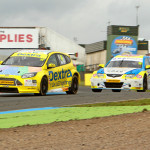 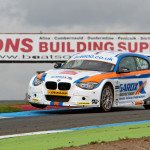 Jack Goff, race winner from Snetterton had this to say at the end of that opening session:

“Being a race winner doesn’t make it any easier. That session was just about getting back up to speed with the circuit. I haven’t done a great deal of laps around here. It’s flat out, corner after corner and you don’t get a breather, which makes it quite a tiring lap for sure.”

The next Dunlop MSA British Touring Car Championship practice session is set to take place at 12.15pm today. Tickets for today’s event, which includes BTCC qualifying at 15.05pm today as well as support racing from 15.50pm, can be booked at the gate. If you’d like to join us for the main BTCC raceday tomorrow (Sunday 23rd August) you can purchase tickets online until midnight tonight (box office collection at the track) and subject to pre-booking discounts.