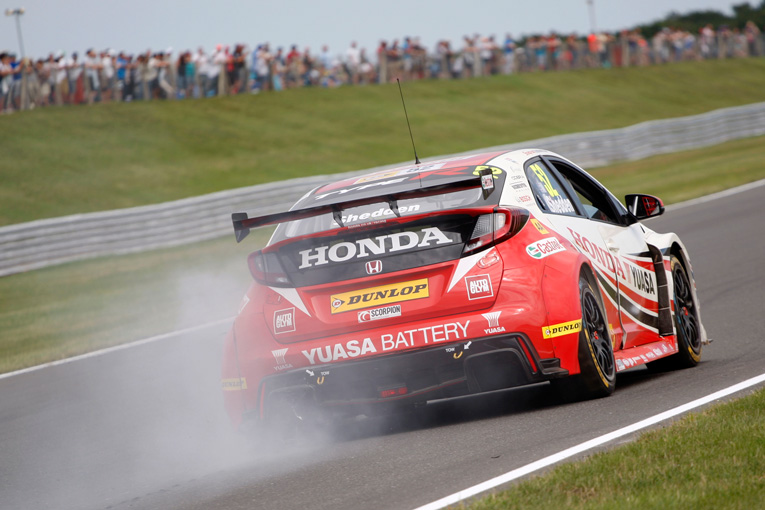 “Two weeks since Snetterton and it was pretty much an unmitigated disaster for everyone at Honda Yuasa Racing, indeed probably the worst weekend I’ve had in motorsport.

“But, that’s long gone and what better way to bounce back coming to Knockhill for my home race. I’m sure we are going to get a fantastic weekend of racing, and I’m sure the little Civic Type R will be just sweet around here; competition is going to come think and fast, but I’m absolutely up for it; we’ve got a little bit less ballast for qualifying too, so I just can’t wait to get going. 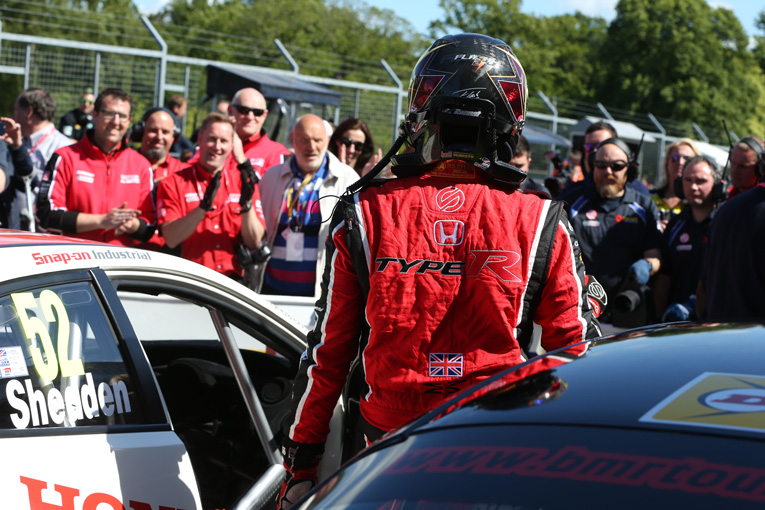 “You know, I’ve lots and lots of memories from Touring Cars at Knockhill; from spectating as a young boy from Duffus Dip with my Dad to racing as well. It’s always tough to race at home, it’s brilliant and I love it; however, it has not been the most successful in terms of race wins, I always tend to end up with lots of ballast on the car. I think it’s 2011 since my last BTCC win here, and 2007 the one previous to that, so I’m long overdue a top step podium.”

Shedden heads to his home round 3rd in the Championship standings, indeed Shedden held the Championship lead throughout the summer break, however relinquished it after his forgettable Snetterton round, with Jason Plato and Colin Turkington leapfrogging him that weekend. That said, with a 2nd BTCC title firmly in his sights and the opportunity to equal Touring Car Legend John Cleland’s record, Gordon had this to say:

“It’s 20 years since John Cleland won his second Touring Car title; that was a long time ago, but for me to get the opportunity to try and win that second title to equal John, would be absolutely spectacular. What a year it would be to do it too, it’s also 20 years since Honda first raced in the Touring Car Championship. But, we’ll just take it race by race and see where we end up at the end of the year.” 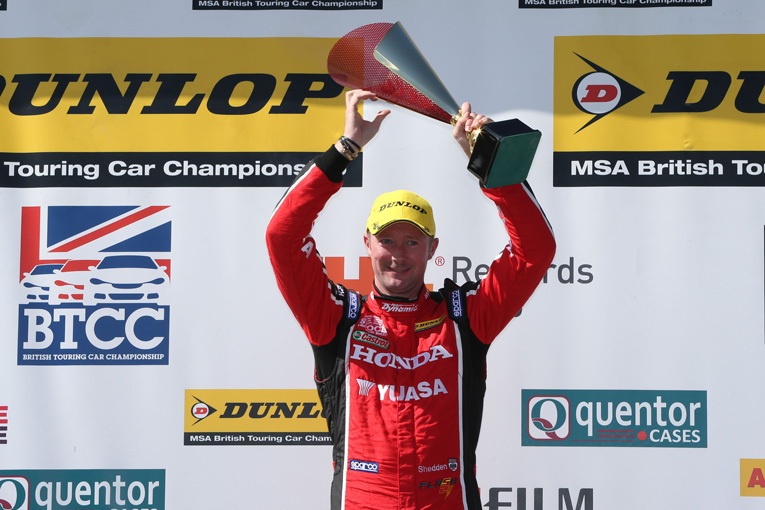 As well as three spectacular BTCC Championship races, a superb supporting cast will also take to the track on Saturday 22 and Sunday 23 August including:

In total, car racing fans will witness a 15-race programme with a number of special off-track activities planned to keep fans amused in between races, including a 20th Anniversary tribute to two-time BTCC Champion John Cleland. Scotland’s other BTCC Champion, the great Jim Clark, will also be represented with a number of cars from the Jim Clark Trust on display. A Blondie tribute band – Dirty Harry – will also perform a live music set on track following the final BTCC race on Sunday 23rd August; additionally, fans will be able to Touch-the-Track immediately after the final race with the access gates to the track being opened to allow all the remaining spectators to flood onto the circuit to walk the famous twists and dips for themselves.

Extended opening hours of the food courts and bar; added to a new exit strategy should see the venue empty in record time with hopefully more fans also staying on-site for longer following the final race to sample the post race entertainment and reflect on the day’s highlights before heading for home.

As an added incentive for booking your BTCC tickets in advance; all pre-booked ticket holders will be added into a draw to win access to the grid before one of the day’s three BTCC races – a grid pass is the hottest ticket in town on a BTCC weekend, where you’ll get to rub shoulders with the drivers, their vehicles and other VIP guests.

Full event info and ticket pricing can be found on our BTCC webpage. You can also catch all the build up to the event on our social media accounts or check out the official BTCC website.