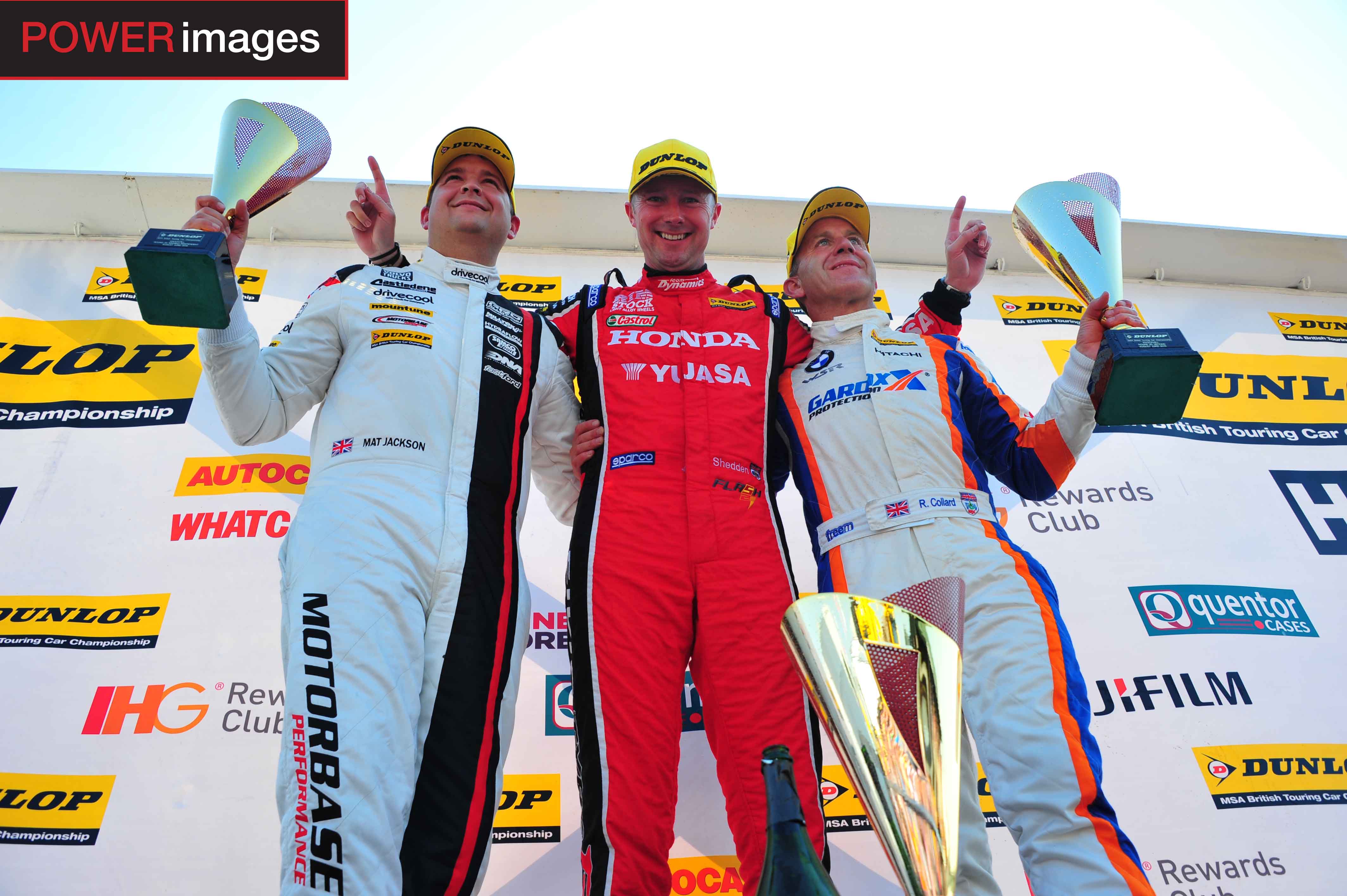 Indeed, after blazing his way into a 6 second lead, following another clinical passing move at Clark’s Corner – fast becoming one of his favourite overtaking spots this weekend after pulling a similar move in race one – Shedden would have been dismayed to see the deployment of the BTCC safety car for the second time today.

However, following a quick stoppage the Fifer raced back into another commanding lead, crossing the finish line 3.4secs ahead of double podium scorer Rob Collard and Motorbase’s Mat Jackson in third. Aiden Moffat also managed a sterling drive in his home round by finishing inside the top ten in 9th. That finish plus a handy reverse draw grid see’s the teenage Scot take up a front row berth alongside his Ciceley Motorsport colleague Adam Moran at the head of the field for the third and final encounter of the weekend. 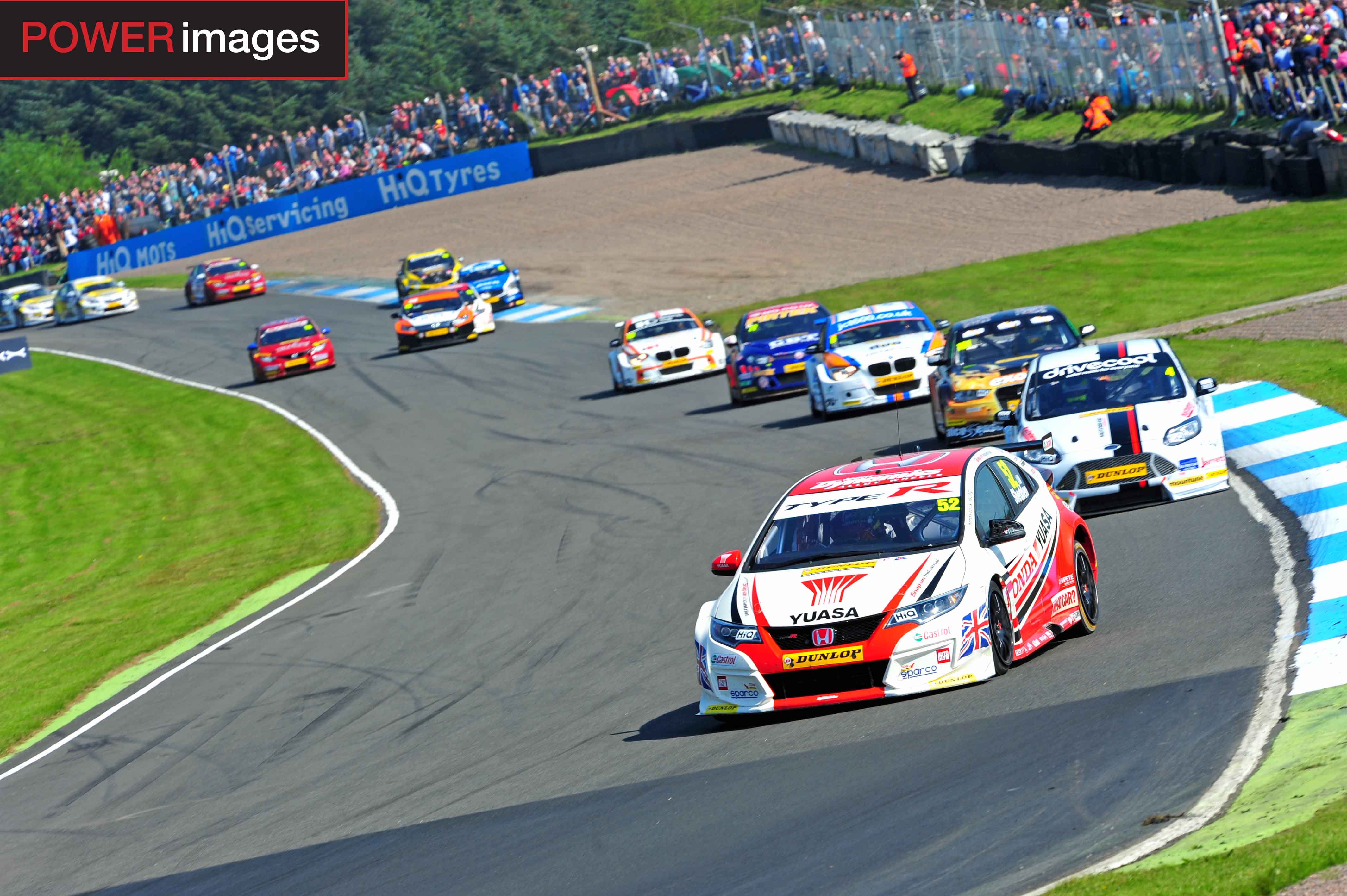 As Shedden lapped up the applause on his in-lap, Touring Car legend John Cleland gave his thoughts over the KHFM radio broadcast, he said:

“Gordon will be delighted with that. He had to win that race twice and I know, having won once at Knockhill, what a special feeling it will be, he’ll also be a bit relieved too. He’s maybe not as noisy as me… but he gets the job done.”

On Shedden’s return to the pit lane, he was obviously overjoyed with the win, and that steely professionalism that has taken him to one BTCC title already was clearly apparent in his post-race interview on ITV. 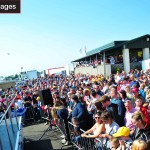 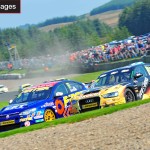 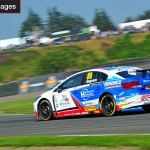 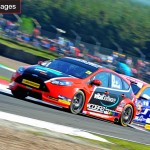 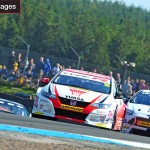 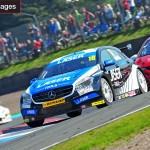 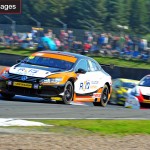 “It feel like a long time since we (Honda Yuasa Racing) have been on the top step of the podium. But to do it at Knockhill is especially nice. As good as it is, there’s still another race to go and we’ll keep fighting for more points in that one. It’s a sunny day at Knockhill and the crowd are really getting into it… it’s great,” he said.

Rob Collard, who secured his second podium of the day had this to say

“Another good result. The car is flying and to come 2nd with 75kgs of ballast onboard is amazing. I don’t know what it is, whether it’s the Scottish air but I come alive up here. It’s a pity every race wasn’t at Knockhill.”

Mat Jackson also scored his second podium of the weekend after a superb defensive drive to hold off a trio of cars including Andrew Jordan, Andy Priaulx and Rob Austin.

Our final encounter of the weekend is set to go at 17.07pm, and it will be live on ITV4 and online if you want to catch some of the action. Make sure you check out the BTCC website for full standings, announcements and inside info on the latest event in an already thrilling season.