Well, well, well; another Scottish Championship racing season done and dusted; and as the sun set on our final meeting of the year; there were undoubtedly a few drivers toasting their 2015 Championship successes yesterday evening, likewise however, there were probably even more left to lament their luck after watching any slim Championship hopes they may have held evaporate in a thrilling day of motorsport at Knockhill.

I think it’s fair to say that motorsport can be harsh sometimes. Having shed blood sweat and tears over the course of the season, only to see your title aspirations blow up in smoke, must be a difficult thing to take. Equally though, by the same token, the feeling and sense of achievement when all the fruits of your labour result in that coveted Championship title, must be a tremendous feeling; and at the weekend there were examples of both sides of this fascinating story evident on the 1.27 mile twists and turns of Knockhill. 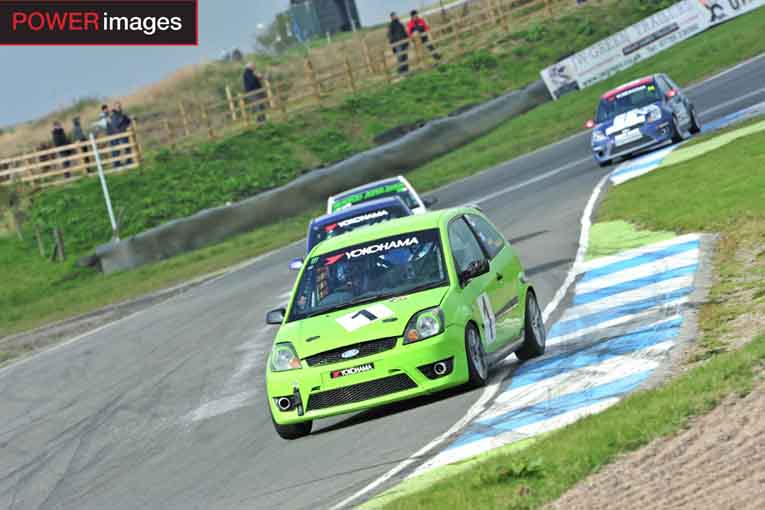 Several of the Championships had already been wrapped up before a wheel was turned on Sunday. However, there will still plenty left hanging in the balance; set to be decided on this, the final day of the season. The Fiesta ST Championship for one, with a 3-way battle set to ensue with Wayne Macaulay, George Orr and Kevin Whyte. The story of the season had ebbed and flowed, with each man taking his turn to be the dominant force in the Championship. However, probably the most significant result of the season took place at the last round (September), with Kevin Whyte in the midst of a four-race winning streak. Confidence is key in motorsport, and the fact that Macaulay managed to halt Whyte on that day would have given him renewed confidence heading into the weekend. And it was potentially that confidence that allowed Macaulay to see out the weekend’s proceedings with enough points to secure him a second Championship title. Whyte though will be left to ponder what might have been; he’ll also have a new outright Fiesta ST Lap Record to soften the blow of the Championship loss. Orr on the other hand, just didn’t get going at the weekend; and he’ll be keen to come back to set the record straight in 2016. If this trio do indeed, return for another season; expect fireworks from the first to the last race of the season. 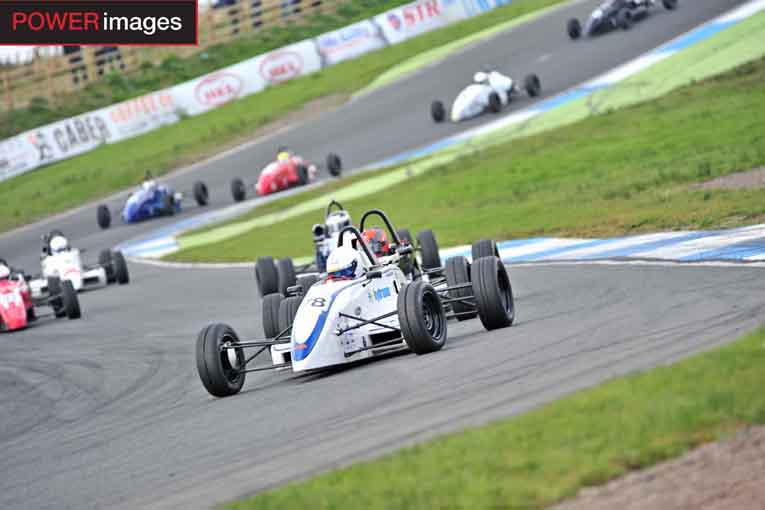 Adam MacKay and Neil MacLennan had already secured a Formula Ford and Newcomers Formula Ford Championship respectively before the weekend; but that didn’t stop the duo from going all out for more race wins at the weekend. Two pulsating encounters, with overtaking maneuvers galore, would have been a real uplifting sight for the on-watching Dario Franchitti who, along with others, is really putting some razzmatazz back into the Scottish single-seater racing scene; with genuine opportunities to progress for those elite Scottish title contenders – including the Ecurie Ecosse Young Driver programme and now a Road to Indy opportunity the likes of which I’ve never seen in all my years at Knockhill. Next year, expect the Scottish Formula Ford scene to be brimming with not only the top Scottish single-seater talent, but potentially others from up and down the UK. Exciting times ahead… indeed. 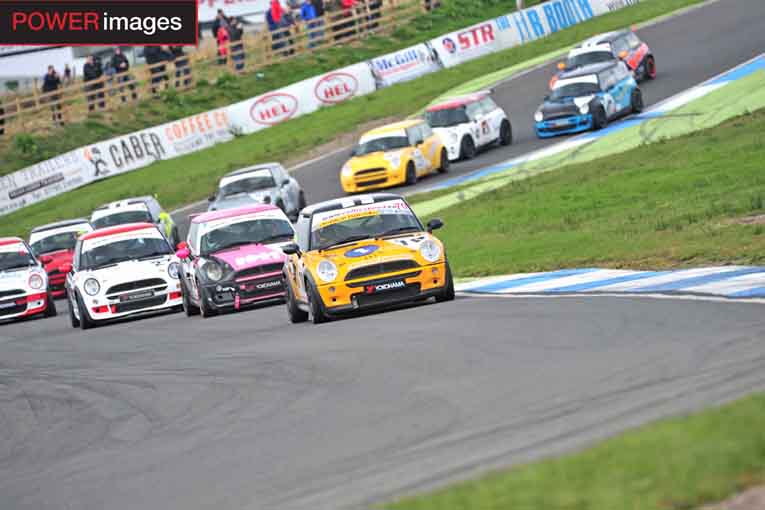 Another Champion already crowned was Kenny Thirlwall in the Celtic Speed Mini Cooper Cup; who decided to miss this round to concentrate on his next adventure, whilst also on the sidelines was Joe Tanner. That meant that Oly Mortimer assumed the mantle of clear favourite and he didn’t shirk that responsibility. Winning all three of the Mini races at the weekend, to draw level with Thirlwall on the number of points accrued throughout the season – despite still losing the title on a count-back. The absences of the aforementioned however, provided an opportunity for some new names to take some headlines and a barrage of silverware to boot. Step forward Hannah Chapman who progressed from the 3rd step of the podium to the 2nd on two separate occasions; and joining her on that 2nd step was Ian Munro. Lewis Carter, Des Wheatley and William Blake took the remaining 3rd placed podiums. Looking ahead to next year, despite losing two, if not three, of its headline acts; the Mini Cooper Cup series has proved time and time again that it is one of the strongest Championships on the SMRC calendar, and will remain so for 2016… more of the same please.

By the same token, Steven Gray had already wrapped up the Fiesta XR2 Championship; congratulations to him on an impressive season that saw him take another two hard-earned victories against Jim Deans and Josh Orr. Gray also even managed to set a new lap-record I his Fiesta XR2 – incredible that these cars are still going strong all these years on. 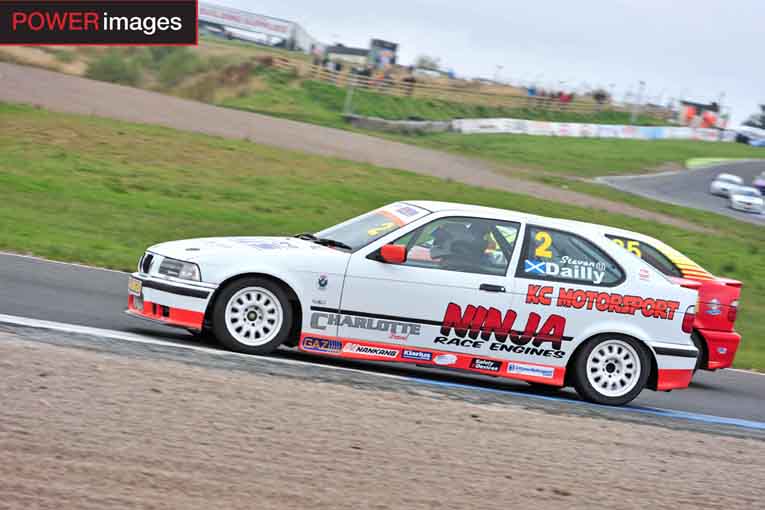 No one however, was as consistent in 2015 as new BMW Compact Cup Champion Steven Dailly. He secured the title after the opening race on Sunday, and not only did that effectively win him the title, but also secured him the SMRC BMRC Trophy – The Champion of Champions Cup. His impressive 16 race-wins from 16 race starts is a cracking achievement, especially when you consider the size and quality of the BMW grid – with experienced names like GT star Phil Dryburgh, multiple Legends Champion Carol Brown and a fistful of others. The only thing this series requires for 2016 is a greater number of challengers for race wins; and once that happens the SMRC will have a series to rival the action, entertainment and drama of the Mini Cooper Cup – and that’s a great thing for motorsport fans! 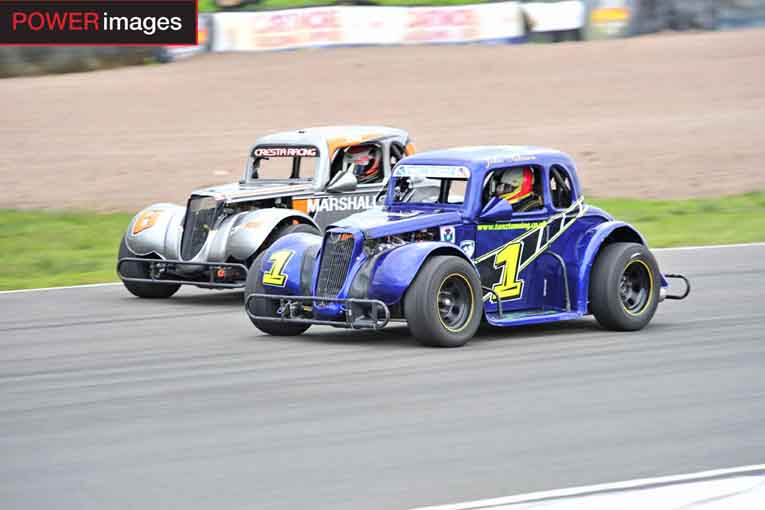 Touching back to those Championship winning and losing moments, David Hunter will be ruing the name Ivor Greenwood for weeks to come. Hunter was battling his way through the pack, trying to keep the pressure on John Paterson at the top of the Legends standings; when he was hit and spun by Greenwood in the middle of a busy pack – a racing incident, with no malice intended – but that will be scant consolation for Hunter who saw a 12th place finish in that race effectively end his Championship pursuit and hand the 2015 winning spoils to John Paterson. Paterson on the other hand, felt that immediate sense of relief and elation that it was all over. His car had been struggling for speed all weekend and must have been having kittens at the thought of losing out – in a Championship race that he has dominated for so much of the season – at the last minute. Next year, the Legend series will once-again be one of the most eye-catching series to watch. The American-style hot rods are a sight to behold and always provide plenty of action and Championship drama right down to the final races of the season. 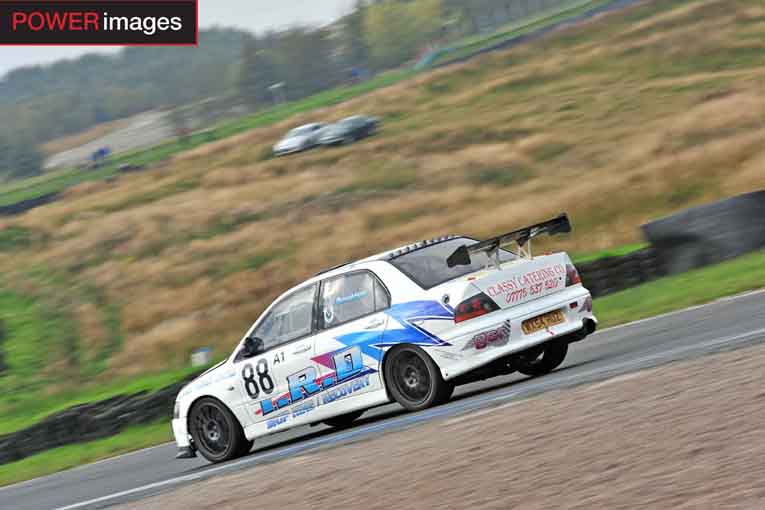 Similarly, Ian Donaldson headed into the day’s opening race at the top of the Scottish Saloons and Sports Car Championship. His weekend started off with a mechanical issue that deprived him of 5th gear – not that that matters in his super-fast Evo. However, with six and a half miles left of the second race, his car also decided it wanted to run on 3-cyclinders. That then set the mathematical conundrum in motion that set fellow title challenger Andrew Mackie into hot pursuit of Allister MacMillan. He needed to pass him and win his class to be in with a shout of snatching victory. He closed in, and within a split second was then off-track; and when he resumed black smoke began to belch from his car… and the chance was gone. Donaldson limped home in 6th place to score enough points to take the 2015 title. Roddie Paterson was imperious at the front, winning both races by more than 20 seconds each. Donaldson, Kindness and Andrew Morrison shared the rest of the podium spoils between them. 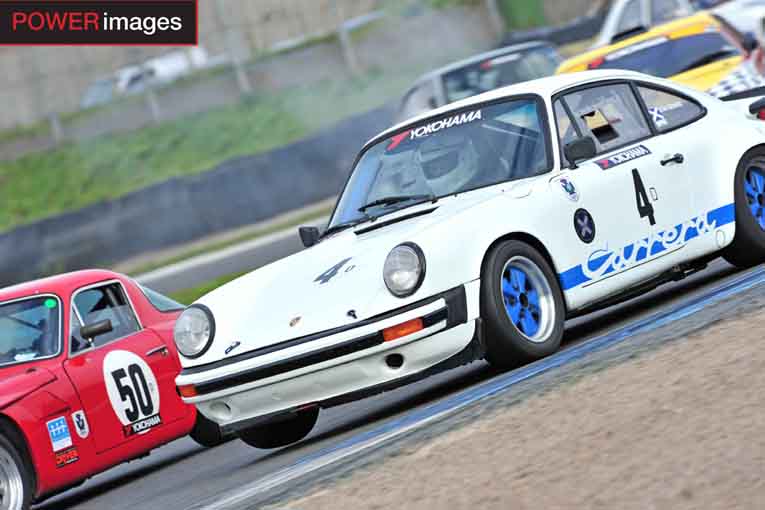 Much like Mackie in the Sports and Saloons; Howard Gordon was chasing Stan Bernard for the Classic Sports and Saloons spoils, until a spin at Scotsman effectively ended any hopes he had of overhauling Stan’s Porsche 911 at the head of the standings. Bernard though was gracious in victory saying:

“Yes I’m delighted it’s eventually over. I do feel sorry for Howard though, but over the moon with the win.”

The Classic race winning spoils on the day went to Tommy Gilmartin; who out –paced former Classic Champion Andy Smith in his similarly powered Morgan +8 on both occasions; with both Harry Simpson and Raymond Boyd picking up the 3rd place rostrum positions. 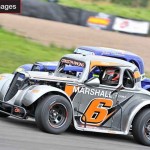 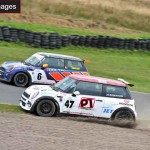 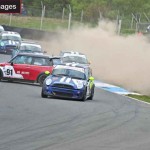 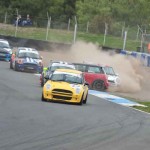 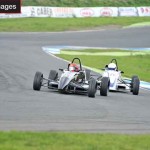 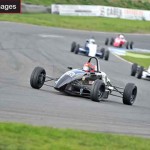 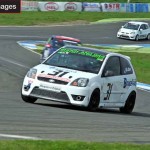 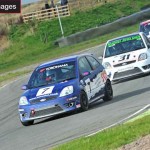 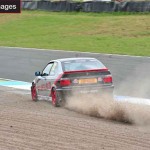 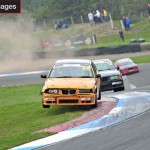 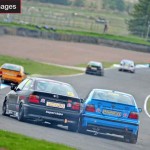 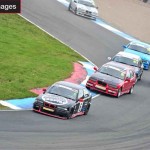 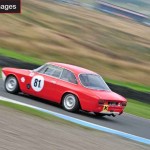 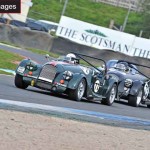 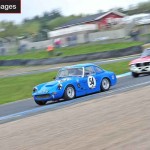 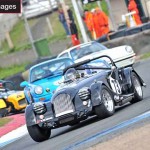 So, there we have it. Another long and hard season complete in the blink of an eye. A huge thanks, to all those competitors who have campaigned throughout the year; and also to all those officials, medics, marshals and fans who devote so much of their own time to watch, help and organise these racing events at we all enjoy so much.

Remember, with Christmas on the horizon, start dropping hints about those Knockhill season passes – Gold (all events), 4-Wheel (car events) and 2-wheel (bikes events) – the most cost effective way to see all your favourite motorsport events at Knockhill in 2016.