The brand new fleet of Formula single seat race cars took to the track today and caused a stir as the Knockhill team were blown away by the prospect of using the new Honda Civic Type R’s and race cars next year. The Audi engined Formula race cars looked and sounded magnificent and the Honda Type R was simply stunning around the twists and turns of Knockhill. Stuart Gray, Knockhill Event Director said “In 25 years of running driving experiences at Knockhill we will never have had a better fleet of cars for our Driving Experiences. The Honda with its race pedigree in the BTCC and around the world will be dynamite for the customers to drive and the race cars are awesome, they look, sound, and handle like no other single seater we have had before. I am totally amazed and pleased that our cars will be the equivalent, or indeed better, than any other circuit in the UK.”

The new Honda’s and race cars will be used on track from February onwards. 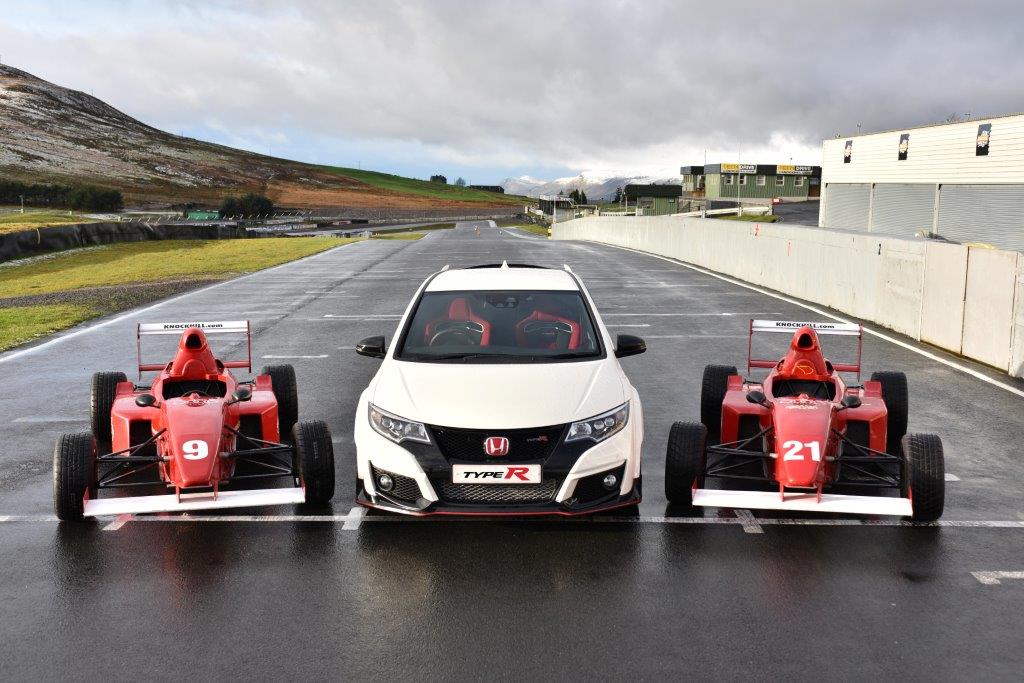